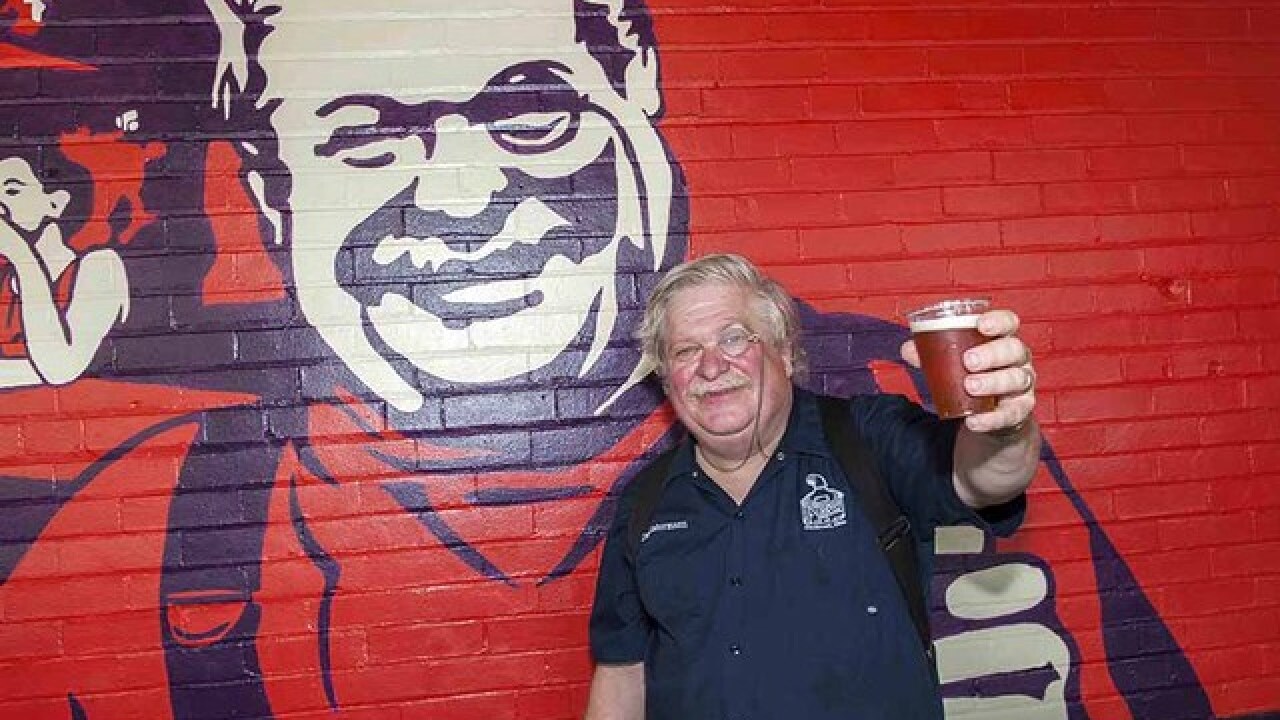 Joe Simon
<p>Listermann Brewing Co. celebrated its 25th year in business with an anniversary party at the Evanston brewery on June 11, 2016. Founder Dan Listermann poses for a photo in front of his mural.</p>

CINCINNATI – Listermann Brewing Company is no longer allowing dogs inside its taproom or on its outdoor patio.

“This wasn’t our choice,” said Dan Listermann, owner of the brewery located at 1621 Dana Ave. in Evanston.

Listermann changed the brewery’s pooch policy on Thursday after contacting the state health department. He said the department told him it was illegal for any restaurant or business that serves food to allow pets anywhere on its premise.

It is with a heavy heart, we regret to inform you that we are no longer allowed to have dogs in the brewery or on the patio.

Renegade Street Eats opened a permanent kitchen inside the brewery on June 24. The brewery had continued its dog-friendly policy without question after the kitchen opened, Listermann said.

“We were oblivious to the rule for a long time,” he said. “If we were to be cited for a violation, that would not only shut down the restaurant but my brewery, too.”

Listermann said he questioned the brewery’s dog policy only after learning on Monday that state Sen. Bill Coley of Liberty Township is sponsoring a bill to allow dogs on a restaurant’s outdoor patio.

“That’s why I started pursuing questions with the health department,” Listermann said.

After the clarification, Listermann also was forced to make adjustments for a National Dog Day event the brewery had planned to host from 2-8 p.m. Saturday.

“We have this dog rescue event, but we can’t have it on our premises,” Listermann said. “We had to move it across the street to an adjacent parking lot where, unfortunately, we can’t sell beer.”

The brewery still will donate $1 from each pint of Listermann beer sold in the taproom during the event to the Save the Animal Foundation (STAF). The nonprofit will bring dogs available for adoption to the parking lot.

“To sit down and argue against that is pretty strange,” Listermann said. “I guess inside would be pushing the matter. I recently took a trip to Germany where it's nothing to see someone with their dog in a restaurant.”