Get stuff done: Life's Work is a service that helps busy people with their workload 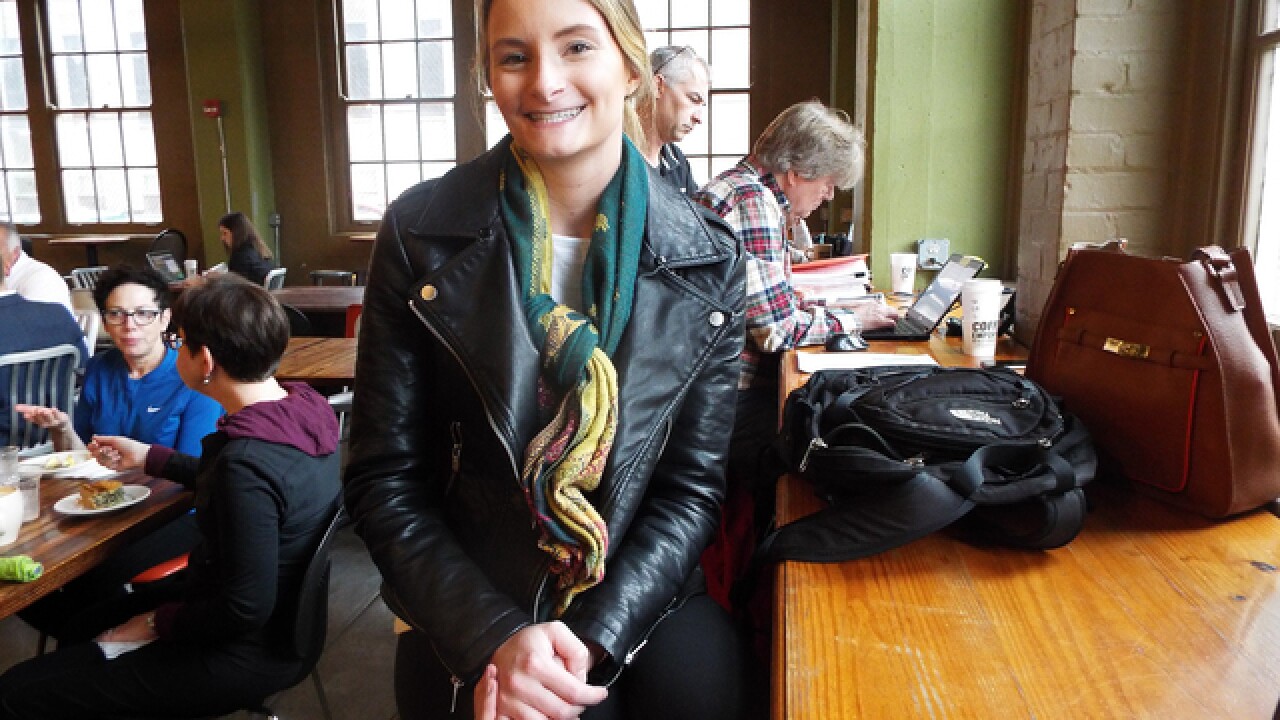 CINCINNATI -- Wouldn’t it be great if someone would empty your dishwasher, pick up the children’s playroom, do your grocery shopping for you and clean out your closets?

Caitlin Collord thinks so too.

That’s why the Mount Lookout resident created Life’s Work , a concierge and lifestyle management service. Its goal is to help busy people save time, money and their sanity, she said.

Life’s Work makes that happen by doing all of the above tasks and more, from helping with chores to meeting the cable TV repair person at your home for you.

“If you can name it, we can probably do it,” Collord said.

Collord, now 26, grew up in Finneytown. Her first job out of college was in sales, with a large research and consulting firm in Washington, D.C.

She realized one day that between working and taking care of her apartment, she had zero time left for the fun things she used to do. Then she thought about people with spouses and children and wondered how they ever got things done.

Disillusioned with corporate work, she moved back to Cincinnati in late 2015 and spent a few months researching the concierge market. In the spring of 2016, she decided to launch Life’s Work. She now has two part-time employees and nine regular clients.

Most of her clients live in wealthier parts of the Tri-State such as Indian Hill, Hyde Park, Fort Mitchell and Villa Hills. They are typically working parents of children in grade school.

Collord is finishing the Aviatra Accelerators’ Launch class, which has its demo day Nov. 12.

The class has challenged her to dig into her business and have a concrete plan for every aspect of it. That’s been difficult, because she’s by nature a doer, not a thinker, she said.

But it needed doing, she said, because she has plans to expand. She’ll do that by hiring the right employees, updating her website and marketing the business, particularly through social media. So far, her only advertising has come from word of mouth.

Eventually, she’s like to expand the business into other cities, either through licensing or franchising.

What’s been most challenging about the business?

Working for herself is a “thousand times harder” than she had imagined it would be. But she’s become so used to it now that she wonders if she could ever work in a corporate setting again.

Another challenge is that things don’t always happen as quickly as she’d like them to. That’s difficult for her because she talks fast and prefers to move in a fast-paced world.

“This has definitely taught me to slow down,” she said.

What’s surprised her about her clients?

How appreciative they are for her help. “We all have so much pressure to do it all,” she said. “Sometimes asking for help can seem taboo. How much work moms take on in a day … it’s mind-boggling that they are expected to get all this done.”

“People who say they can do it all are lying,” said Christy Neyer, one of Collord’s clients. “It takes a village.”

Neyer heard about Life’s Work from a friend and called on Collord because she felt she needed help. Between caring for her 6-year-old daughter and working with the family business, Neyer Holdings Corp., she’s very busy.

Collord has helped her with her daughter’s birthday parties, organizing things in her home and putting away Halloween decorations. She even helped out one evening when Neyer needed a babysitter at the last minute.

“She’s really smart, that’s the nice thing. You can trust her in taking things over for you … you don’t have to hold her hand through all of it, she kind of figures it out on her own,” Neyer said. “I hope one day she’ll have 10-plus people working for her.”