Life in the bullpen: Pressure, anxiety and a little bit of craziness

'We're all a little wacky' 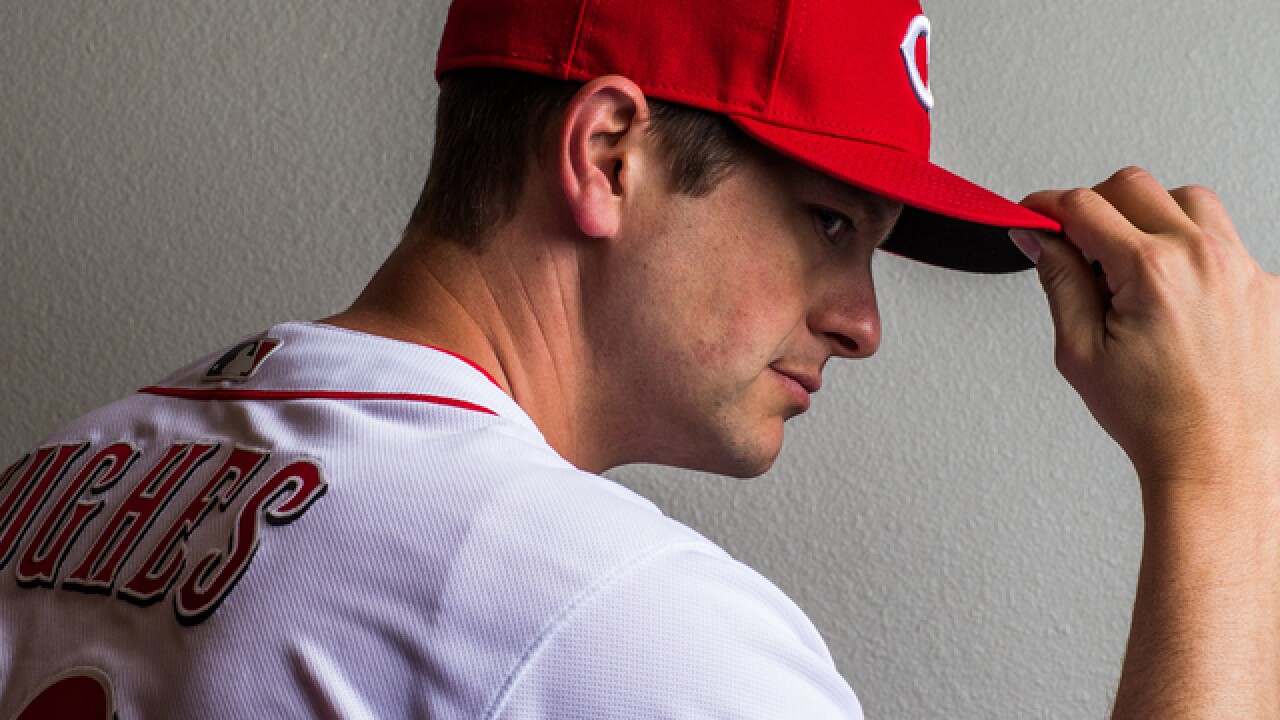 CINCINNATI -- Being a relief pitcher is among the most thankless jobs in sports. There is little praise for doing your job well, but the criticism can be harsh when you don't. You prepare to pitch before every game even though you could go days without taking the mound.

How relief pitchers are utilized has changed throughout baseball history, but how they cope with the pressure inherent in the job has remained fairly constant.

"We're all a little wacky," Reds right-hander Jared Hughes said. "I think where the wackiness starts is us being super energized from the word go. We want guys to be themselves and trust themselves, so when we go out there and play we're full speed ahead and ready to compete in a major league game."

Hughes has logged more than 400 innings over 400-plus appearances during his eight seasons in the big leagues. He has seen bullpen culture evolve from an era where practical joking was more common -- and perhaps more harsh -- to today, when advance scouting and specialization bring the game more into focus.

"The game has changed a little bit," Hughes said. "With more advanced reports, when the opposing team is hitting, we're definitely more locked in than in years past because we have more information available to us to understand the opposing hitters. When our team is hitting, the energy comes out. We're all fired up, rooting for our guys. There's some goofing around down there."

The Reds have an eclectic mix of veterans and youngsters in their bullpen, from right-hander Michael Lorenzen, who enters games to the tune of "Amazing Grace," to 6-foot-5 lefty Amir Garrett, a former St. John's University basketball player. As with most 'pens, there's also a hodgepodge of personalities.

"Amir Garrett is always too serious," Hughes quipped within earshot of his teammate.

Like offensive linemen in football, relievers are a tight-knit fraternity. When things get tense, it's usually the veterans Hughes and David Hernandez who loosen things up. Some of the gags are designed to check a player's focus, like one where a guy yells "Roll up a double play here!" with two outs, just to see who is paying attention.

Hernandez's dry wit can be like a well-placed breaking ball.

"Just when you don't expect anyone to talk, he'll drop something," Hughes says. "It's hilarious."

Advancements in scouting technology and analytics have altered the way pitchers and hitters prepare on game days, but all that video and advanced metrics are consumed prior to first pitch. Once the game is underway, bullpen culture hasn't changed much over the past few decades.

"You've got to do whatever you can to push the pressure and anxiety of going into the game off to the side," said former Reds pitcher and current broadcaster Jeff Brantley. "It's tougher for younger pitchers than it is for guys that have been around for a while."

Brantley, who led the National League with 44 saves for the Reds in 1996, often would pretend to broadcast games from the bullpen to keep guys loose.

"I'd throw a couple jokes in there," he said.

Hernandez, a nine-year veteran, was with the Arizona Diamondbacks when bullpen catcher Jeff Motuzas became famous for eating and doing just about anything for money, including downing a mayonnaise smoothie and worse. Hernandez says nothing that outlandish occurs in the right-field bullpen at Great American Ball Park, though.

"Practical joking still exists," Hernandez said. "I've seen it become more respectful over the years. There's less disrespect. It's more like laughing with people than at people. That's the way it should be. It's a workplace. We should respect one another."

Cubs manager Joe Maddon got his first taste of a big-league bullpen in 1994 when he was the 'pen coach for the Angels.

"I thought to myself, this is why these guys need to be a little bit nuts," Maddon said. "You're never walking into a really groovy, smooth situation. There's always something going on. If you want to sit out there and be uptight the whole time, you probably aren't going to react well in that situation."

Maddon said Angels left-hander Bob Patterson would fix gloves for the first five innings to calm his nerves while other pitchers would see how many pieces of bubble gum they could stuff in their mouths.

"That's the stuff you do in bullpens," Maddon said. "You're not down there looking at reports, looking at video. You're down there trying to set world records. I prefer the individuality. There's plenty of time to go over reports. A relief pitcher has to come in and do what he does well."

"It is like a fraternity down there," said Cubs reliever Carl Edwards Jr. "We just have fun and play the game. We'll have days when we struggle or days when we look like the best in the league. Having fun makes it easier for everyone. At the same time, once that fifth or sixth inning comes, we're all hands on deck."

Being a major-league relief pitcher is serious business, of course, and there's plenty to think about during the games, especially when the opposing team is hitting. What's the umpire's strike zone today? What's happening with our starting pitcher? Am I likely going in early, or am I going in late? Who do they have coming off their bench?

As a closer, Raisel Iglesias knows when he is going to be used. Middle relievers like Hughes and Hernandez have a pretty good idea. For most others, situations and matchups dictate use. It helps when the manager has a clear-cut plan on when and how he's going to each guy.

"Jim (Riggleman) is a good communicator," Hernandez said, "especially when he thinks he's going to use a guy. Our preparation has gotten better since the first couple months of the season."

It's important for each pitcher to know how long it might take him to get ready on a given day based on how he felt during pregame toss or based on his recent workload. There's a mental aspect to that as well, not just a set number of pitches off the bullpen mound.

"All the stuff that our advance scouting department does, we'll talk about it during the game," Hughes said. "If a guy does something on a certain pitch, like he rolls over a sinker away and he's a left-handed hitter, me and the other sinkerball guys will discuss the count or the location."

Staying mentally locked in for two-plus hours at a time can be a challenge, especially when that day's starting pitcher is on a roll or the score is lopsided. Losing focus can come back to bite you.

Last Tuesday against the Detroit Tigers, the Reds led 9-0 going into the ninth inning when struggling lefty Wandy Peralta -- who was optioned to Triple-A Louisville two days later -- allowed five runs without retiring a batter, forcing Riggleman to bring in right-hander Dylan Floro to finish off a 9-5 win.

"That's the hardest part of being in the bullpen," Hernandez said. "Whether it's a one-run game or a seven-run game, things can change very quickly. When the closer goes in you kind of mentally check out because you assume the game's going to be over. And then baseball happens and all of a sudden, it's a tie game."

Brantley said some guys actually are better off when they have less time to prepare to deal with a critical situation. "Other guys sometimes need time to just walk down the hallway and get away from the game," he said. "Clear their mind."

With a struggling starting rotation during the first three months of the season, the Reds bullpen hasn't had much time to clear their thoughts. Through Friday, Reds relievers twice had pitched eight innings in a game and on eight occasions tossed at least four scoreless innings.

It is what relief pitchers do best: The dirty work.

"We spend a lot of time down there, a lot of innings and a lot of long games," Hernandez said. "We all need to stay loose. You can't really take it all too seriously, because I think that impedes us from doing our job. We keep it as light as possible. But we've got each other's backs. We're the guys who don't get all the accolades. You don't really get interviewed when you do well, you get interviewed when you blow it."