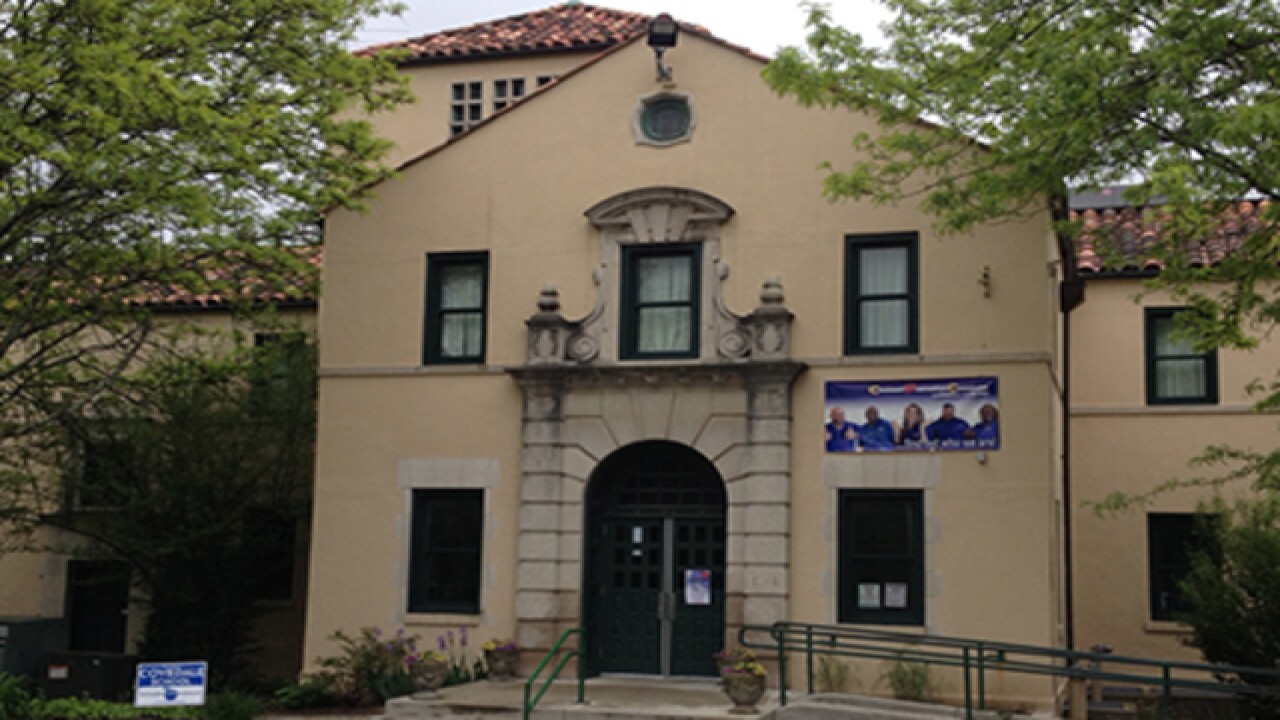 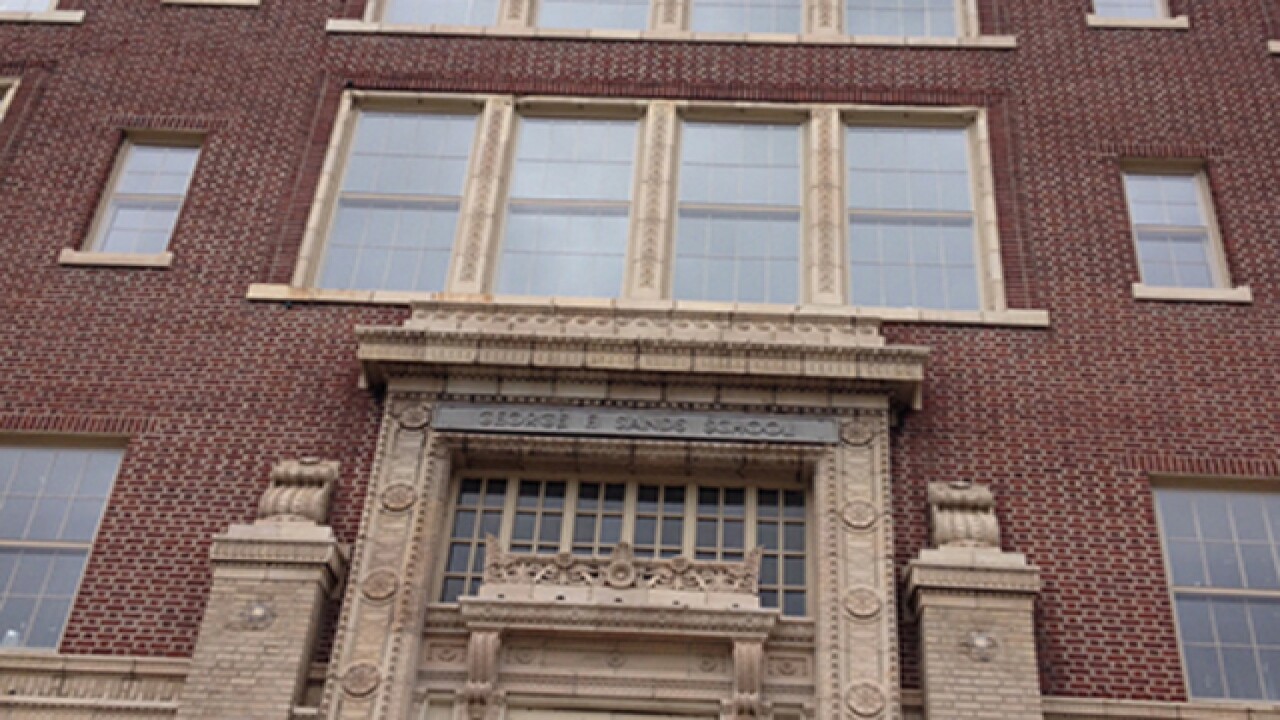 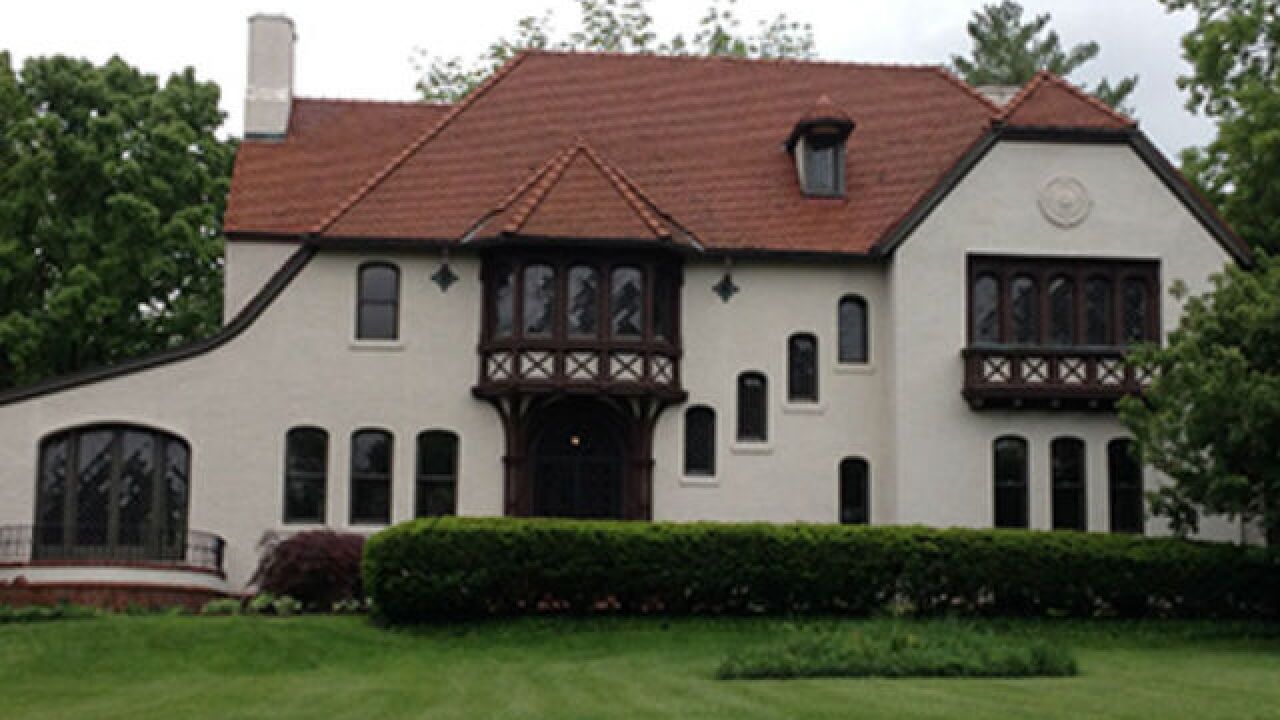 CINCINNATI -- Cincinnatian Leonard B. Willeke (1884-1970) was, in many ways, an architect who worked outside of the box, at times a visionary and at times a man desperate to make a living. He designed both modest homes for his family and men returning from war as well as buildings and renovations for elite clients such as Henry Ford and his son, Edsel.

He even designed a touring car – the 1919 Essex Phaeton – as well as furniture and landscapes for houses he built.

A 40-year record of Willeke and his partners’ architectural commissions archived at the University of Michigan includes more than 20 completed projects in Cincinnati, among them the Doctor’s Building on Garfield Place, the Cincinnati Tuberculosis Hospital (now Dunham Recreation Center) in West Price Hill, the 14th District School (later Sands Montessori and soon to be modern apartments) in West End and five grand homes for the wealthy in East Walnut Hills, Hyde Park and Mount Lookout.

RELATED: Get a Home Tour of a University Heights house designed by Leonard B. Willeke.

Even though his career spanned nearly 60 years beginning in 1905 at age 21, his death at age 86 went unnoticed among his peers in America’s architectural community.

‘An Architect Must Be an Artist’
No matter the importance or scale of a project, Willeke designed with an artist’s flair, crafting interior and exterior details that often belied the budget constraints he faced.

His biographer, Wayne State University professor Thomas Brunk, wrote that Willeke followed the creed that “an architect must be an artist, and that painting, music, poetry, sculpture, etc. must be studied by him in order to educate all artistic senses which are expressed in his work.”

Willeke traveled from California to France while in his 20s in his quest to understand the art in architecture. He amassed and wrote notes on 8,000 architectural postcards, compiled 27 photo albums and wrote and drew daily in journals during his two years (1908-09) of traveling and studying in France, Spain, Italy and England. He took college-level courses in Cincinnati and New York but never earned a degree.

That didn’t stop the man whom Brunk described as unassuming and a Jack of all trades, an architect whose “craftsmanlike understanding of materials, coupled with his sense of structural unity, provides a basis for our appreciation of his work today.”

At his peak in the second and third decades of the 20th century, Willeke was building grand homes in the Detroit suburb of Grosse Pointe and working for industrial giant Henry Ford. In 1918, Ford began to plan Fordson, which was to be a community for his factory workers in Dearborn, Michigan, that would house 3,707 families in 1,717 single-family homes, 758 two-family homes and 1,232 four-family homes – all to be designed by Willeke. The financial loss Ford incurred in settling a lawsuit filed by Dodge Motor Co., however, halted the plan in 1921.

It wasn’t the first blow to Willeke’s career. He had designed a large office tower and hotel complex for Garfield Place in 1912 while a partner with the Cincinnati architectural firm Allyn Engineering Co. In some ways, Willeke’s complex was similar to the Carew Tower and Netherland Plaza Hotel “city within a city” complex built in Cincinnati 18 years later.

The Great Flood of March 1913, however, washed away the Garfield Place project’s momentum, and it was abandoned. Willeke’s plans were modified and used 16 years later by his colleagues who designed the iconic, art deco Fisher Building in downtown Detroit, according to Brunk.

The biggest blow to Willeke was the Great Depression. He built no homes over a three-year stretch in the early 1930s, according to Brunk, and was forced to sell the house he designed for his wife and son in suburban Detroit. But Willeke emerged from that drought during World War II by designing large tracts of affordable “defense housing” that sold well and put him back on a solid financial track.

Willeke’s career tailed off in his later years, and he retired in the early 1960s. He died of leukemia in Detroit in 1970. The architect considered to be renowned in Detroit received only a four-line description in architectural historian Walter E. Langsam’s 2008 dictionary of Cincinnati architects published by the Architectural Foundation of Cincinnati.

Earning a Wage at Age 15
Leonard Bernard Willeke was the middle of five children. His father was a shoemaker, and Willeke grew up living in an apartment on McMicken Avenue above the Brighton/Mohawk bend of the Miami-Erie Canal (now Central Parkway).

Census records show Willeke was a “press feeder” at age 15. By 18, he had become a draftsman at the architectural firm of George W. Rapp & Son, and he honed his skills by taking classes at the Art Academy of Cincinnati and entering competitions.

He went on to study architectural history and ornamentation at Columbia University in New York in 1905, presumably after finishing his first house, an Arts & Crafts cottage modified from plans published in Gustav Stickley’s “The Craftsman” magazine for his older sister and brother-in-law on Riddle Road near the University of Cincinnati campus. (He would design a second house on Riddle for a member of his brother-in-law’s family in 1909 and a third on the same road in 1921.)

In the aftermath of the 1906 earthquake and fire that destroyed much of San Francisco, Willeke left New York to be part of the team that rebuilt the famous Palace Hotel. He stayed on in California to help design Folsom Prison, Agnews State Hospital and earthquake-proof buildings on state college campuses in San Jose and San Diego.
Willeke sailed to Europe in 1908 in quest of an education at the Ecole des Beaux Arts in Paris. He wrote daily journals and made sketches of what he saw across western Europe and amassed 8,000 postcards now archived at the University of Michigan.

By 1910, Willeke was back in Cincinnati working as a partner with architects Rudolph Tietig & Walter H. Lee. (His records at Michigan show he contributed to Tietig’s Hyde Park house in 1905.) Willeke became a partner at Allyn Engineering in 1912. Among the Cincinnati houses credited to Willeke are the Dr. Henry S. Irving House (1911) on Madison Road and the Howard Wurlitzer House (1913) on Beechcrest Lane, both in East Walnut Hills. (See project list below.)

Career Blossoms In Detroit
Willeke moved from his Howell Avenue home in Clifton to Detroit in 1914 and earned his architect’s license there in 1916. His varying, detailed and artistic designs – which blended elements of Gothic, Tudor, Romanesque and Beaux Arts architecture – caught the eye of the Ford family, which hired him to complete residential projects that included Henry’s country cottage and Edsel’s mansion.

The Oscar Webber House in Grosse Pointe that Willeke designed was the largest residential project he completed and remains the strongest link the public has to his work in Michigan. Few who drive by his Cincinnati projects know he designed them.

The furniture Willeke designed to place in his homes – a service popularized by Frank Lloyd Wright – is rare. Two of his armchairs were appraised in 2013 at $8,000-$12,000 on “Antiques Roadshow.” The appraiser recommended that the massive chairs, which were carved by a Pullman Co. woodworker, be insured for $20,000. They were the first by Willeke ever brought to the “Roadshow.”

Willeke’s 1919 Phaeton touring car was the first model produced by the Essex Motor Co. of Detroit. An Essex completed a 50-hour, 3,037.4-mile endurance test in Cincinnati that year, reaching an average speed of 60.75 miles per hour, according to Wikipedia.com. The company was taken over by Hudson in 1922, which produced a line called Essex until 1932.

Check Out a Willeke Cottage

Take a free tour of the first home credited to architect Leonard B. Willeke, a 1905 craftsman cottage on Riddle Road in University Heights here.