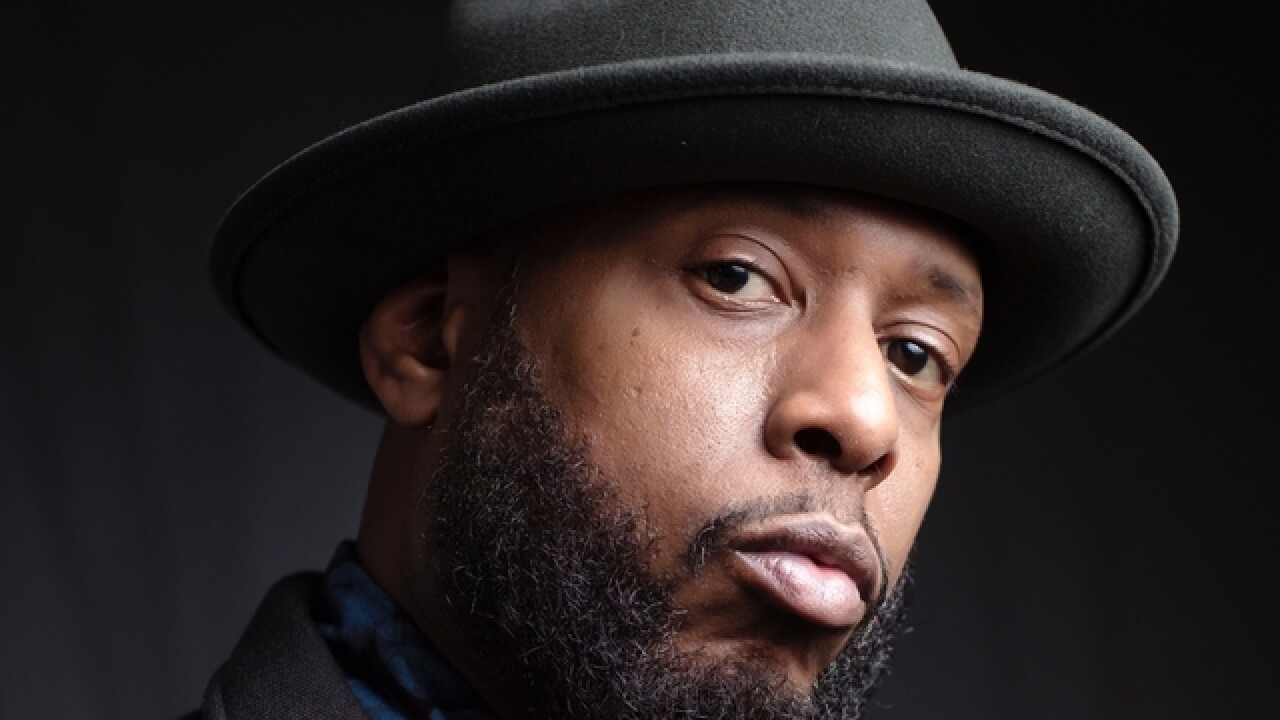 "I have a special kinship with the Queen City," Kweli said. "I'm a Brooklyn boy but started by working with Cincinnati artists."

In 1996, Kweli first rapped on local hip-hop group Mood's album "Doom" and formed a lifelong friendship with Tony Cottrell, the Cincinnati rapper and producer better known as Hi-Tek. With Hi-Tek as a producer, Kweli went on to gain national fame and critical acclaim as part of Black Star, a hip-hop duo with fellow New York rapper Mos Def.

More than 21 years after his recording career began, Kweli will perform songs from his newest album, "Radio Silence," at a release party Nov. 25 at Over-the-Rhine winery Revel. The album, which Hi-Tek helped produce, went on sale at talibkweli.com on Friday.

The party is the third in a series of themed events called "Beats. Wine. Life." that Kweli began hosting in September in partnership with Revel. The ticketed events take place on the last Saturday of each month.

"I spent a lot of time in this city," Kweli said. "I looked at the city and wanted to do something on a regular basis here."

""The email said (Kweli) wanted to do a monthly DJ set," said Maieron, who opened Revel in April with his wife, Jody, and fellow couple John and Amy Coleman. "I play his music at our place. He's such an influential artist with a lot of other artists we play at our place. I was like, 'Is this for real?'"

Kweli toured Revel in early September, then deejayed his first set there Sept. 30.

"Anthony offered me a residency to practice my DJ skills," Kweli said. "And I really like what Revel is doing. It just works. It allows me to play music that I like."

"So far it's been a great situation for me," Kweli said. "They (the last two events at Revel) were great. People were dancing. They were sweaty. Being a DJ opens a new pleasure center in my brain. It's something that is very intoxicating."

Revel sells only about 100 tickets to each month's event to create a "unique experience," Maieron said.

"We want people to know -- who have been a Black Star fan, a Talib fan -- that you are going to get an intimate night with this legendary artist."

Kweli said he plans to continue "Beats. Wine. Life." well into next year, with artists already committed to perform with him through February. Chicago hip-hop artist K'Valentine will perform in December; Brooklyn comedian Seth Byrd in January; and Brazilian hip-hop artist Niko in February.

For its part, Revel is also creating a wine blend and label with Kweli, Maieron said, adding that he and his business partners hope "Beats. Wine. Life." helps inspire a greater appreciation of Cincinnati's hip-hop community.

"We do feel there is an underserved community for performances," Maieron said.

Since partnering with Revel, Kweli has taken a deeper interest in Cincinnati. He appeared at a mayoral campaign event in October for Cincinnati councilwoman Yvette Simpson, who lost the election to incumbent Mayor John Cranley.

"I do events that make sense for me," Kweli said. "I think what she's doing with the city is very good. I try to not endorse political candidates. But I was more than happy to try and help her in her bid for Cincinnati."

Kweli said he is impressed with Cincinnati's overall growth in the 20-plus years since his recording career began here.

"When I first started coming to Cincinnati, the hip-hop scene was smaller and insulated," Kweli said. "The city is becoming more vibrant and more inviting as an outsider. It is part of my DNA."