Legal Aid, CMHA and city working to protect the health of kids living in public housing

'We all have a better job to do' 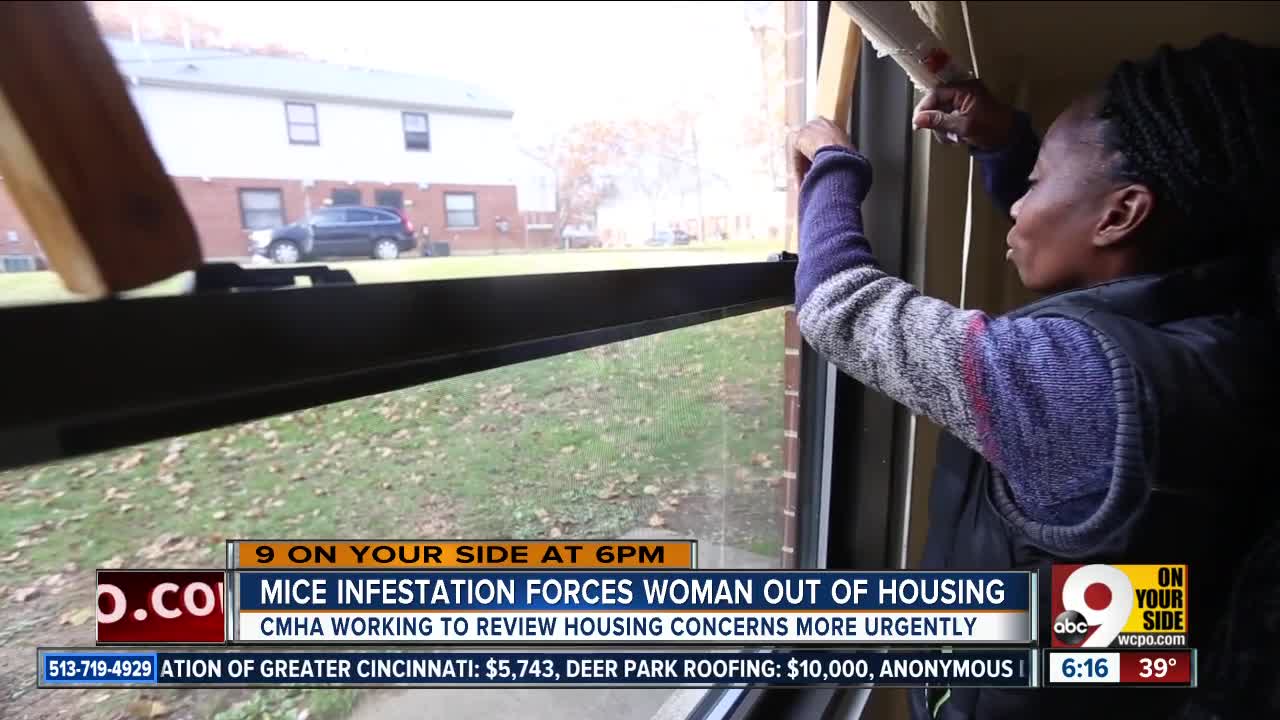 Local government and nonprofit organizations are working to find a better way to safeguard the health of children living in government-subsidized housing. Representatives of Legal Aid Society of Southwest Ohio, Cincinnati Metropolitan Housing Authority and the city of Cincinnati are working to create a way to review housing concerns more urgently, especially when children’s health is involved, said Marcheta Gillam, a senior attorney with Legal Aid. 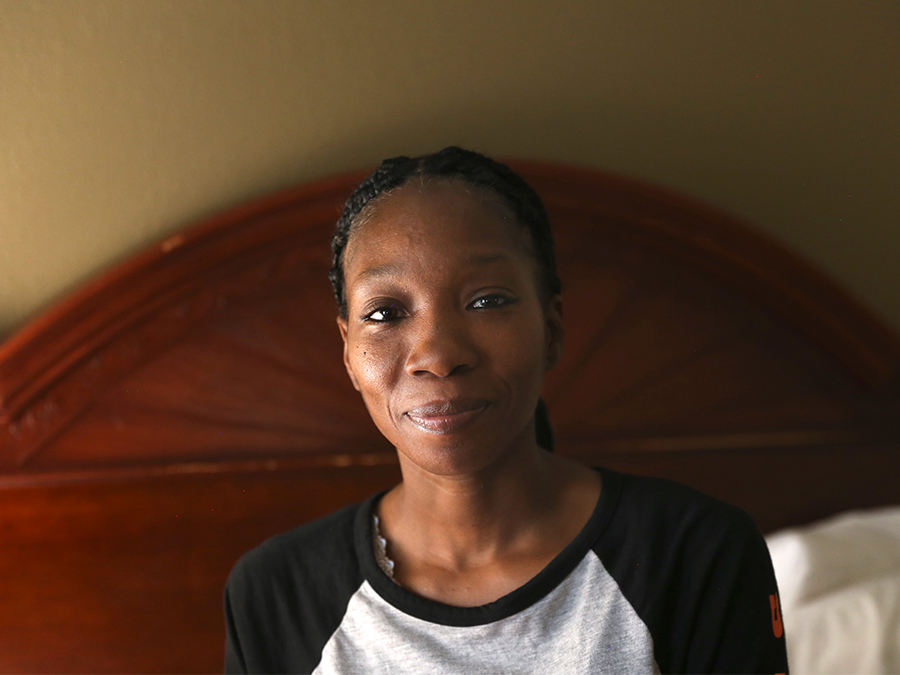 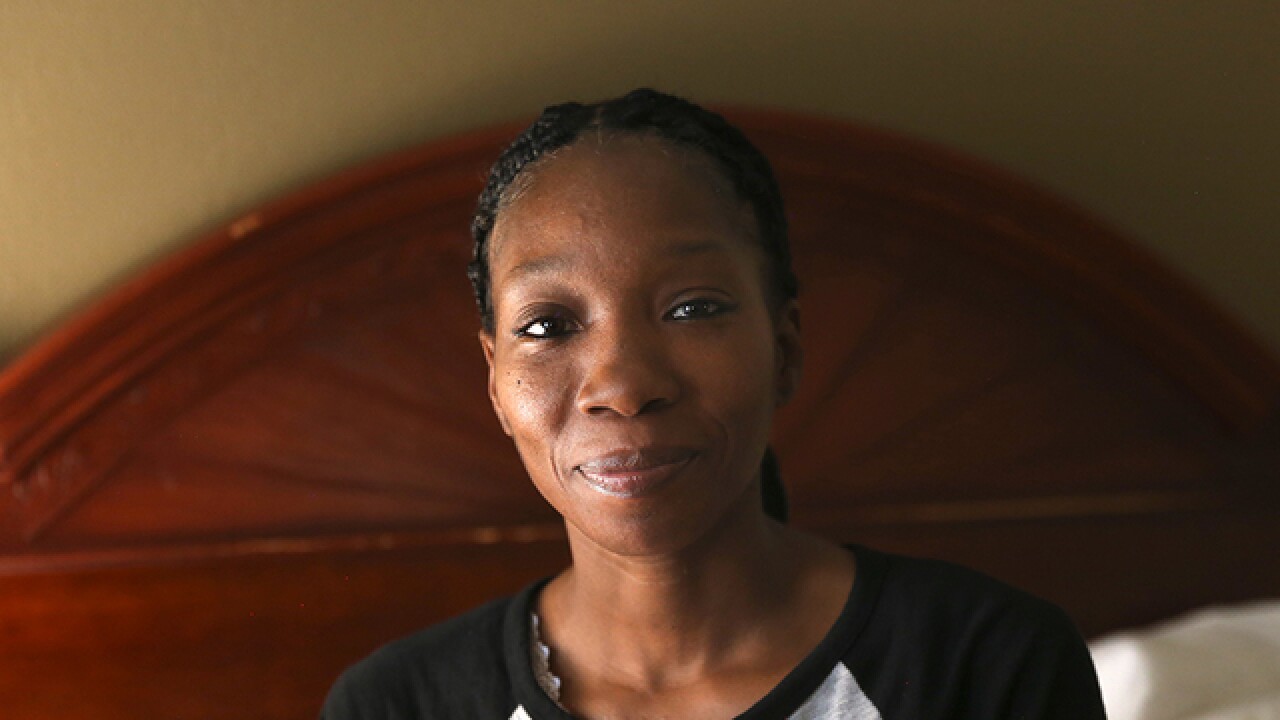 CINCINNATI — Local government and nonprofit organizations are working to find a better way to safeguard the health of children living in government-subsidized housing.

“We all have a better job to do with these families, beginning with CMHA and its maintenance staff,” Gillam said. “Housing is the number one predictor of human health.”

The effort comes after months of advocacy by Moneaca Collins, a mom on a mission who lived at the Winton Terrace public housing development with her two sons until recently. WCPO reported on Collins in September and how she works on behalf of the community’s children and families.

Ms. Mo, as she is known, served as president of the Winton Terrace Resident Council. She has pushed for accountability both from CMHA and her neighbors in the sprawling, 600-unit complex that the housing authority owns and manages.

Watch Ms. Mo talk about her frustrations in the video above.

But less than two months after WCPO’s coverage, Collins’ own problems went from bad to worse when she discovered mice in her townhouse. In November, she and her sons became one of five families to get emergency transfers from Winton Terrace. Their neighbors, who had a mouse infestation for nearly two years and were featured in WCPO's story in September, also got a transfer.

Collins and her sons also were among 24 households that CMHA paid to put up in local hotel rooms for various reasons.

“We like to take a proactive approach and get those residents to a safe place,” Wardlow said. “And that’s something we can do because we’re the largest landlord in Hamilton County where other organizations cannot.”

Not every emergency transfer or move to a hotel was related to problems with mice, Wardlow said, stressing that the reasons for the moves varied.

‘We want to take care of them’

Wardlow said some transfers occurred because a bus hit a light pole, and CMHA had to get work done on a number of townhouses at once, she said. In other instances related to the hotel rooms, a flooding problem in one unit resulted in problems for several others, she said.

“It’s based on a case-by-case basis,” she said.

Many residents have chosen to go back to their homes after problems are fixed, Wardlow said. Others, like Collins, moved out.

“Even in the emergency transfer, they have a right to return if they want to,” she said.

Collins and her sons moved to a home in Findlater Gardens, another CMHA-owned and managed development in Winton Hills that’s not far from Winton Terrace. She was not pleased with the condition of the place when she moved in, Collins said, but felt she had little choice.

“I bet if I got Downtown in Cincinnati there’s not going to be a one-bedroom apartment for $1,200 and it’s going to look like this,” she said. “Nobody is going to take anything like this unless it is the last resort. And that’s the bigger picture.”

Collins must resign from her role as president of the Winton Terrace Resident Council because she doesn’t live there anymore. But she isn’t giving up on her advocacy work.

She is planning to form a new public housing tenant association that operates as a committee of the Winton Hills Community Council, she said. That way the group could speak for residents of Winton Terrace and Findlater Gardens, Collins said.

In that role, Collins will remain an important advocate for families throughout Winton Hills, even as Legal Aid, CMHA and city officials work to be more responsive to residents’ needs.

“She’s just the person to do it,” Gillam said of Collins. “It’s better for this campaign and this collective work for this to be combined so the entire hill is looked at critically.”

Wardlow said CMHA looks forward to collaborating with Legal Aid, city officials and any other partners that want to make life better for the families that live in the housing authority’s properties.

“We love our residents,” she said. “We want to take care of them. We don’t want them living someplace we don’t want to live, you know.”

For Collins, it’s all about making the places where she and her neighbors live better for them and their kids.

“You gotta make the best of it,” she said. “I feel like God is putting me in this position because there are more individuals out there who need help.”

Lucy May writes about the people, places and issues that define our region – to celebrate what makes the Tri-State great and shine a spotlight on issues we need to address. She and photojournalist Emily Maxwell cover poverty in Greater Cincinnati for WCPO. To read more stories about childhood poverty, go to www.wcpo.com/poverty.