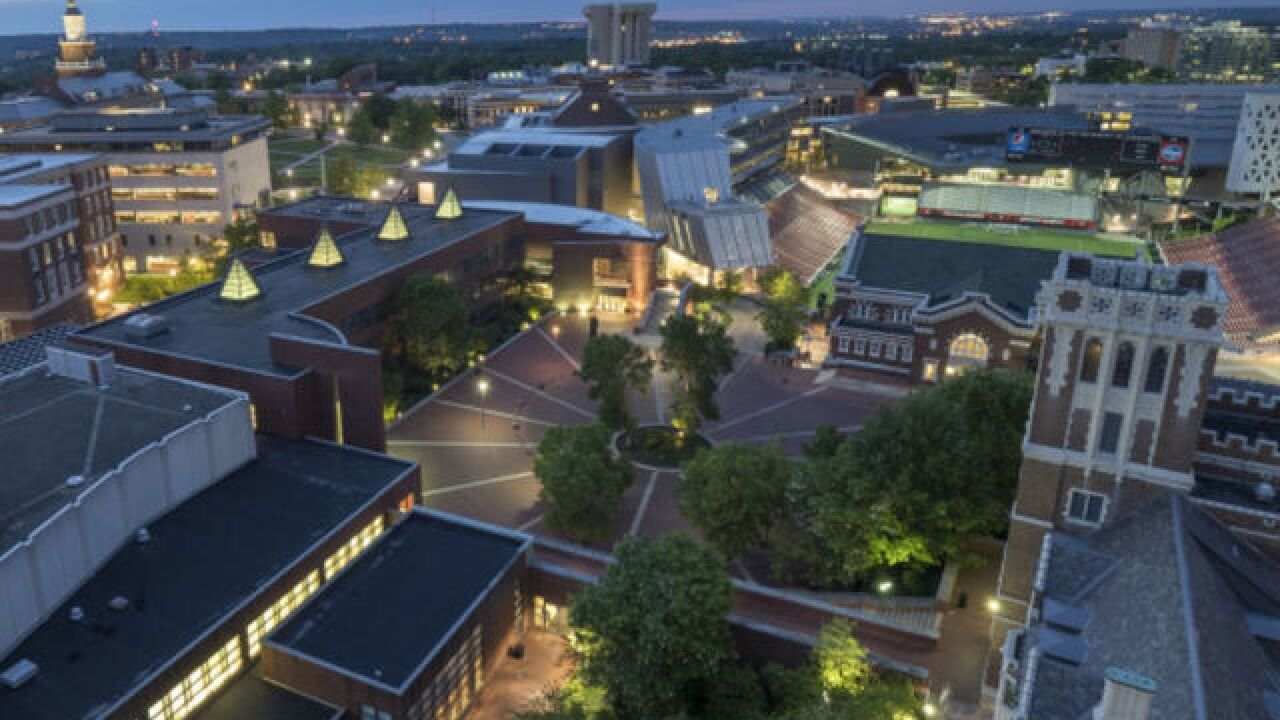 CINCINNATI -- With 40-plus of its graduates performing on Broadway and dozens more entertaining audiences around the country and world, the University of Cincinnati College-Conservatory of Music has reason to celebrate every year.

But this year, the CCM will mark a particularly momentous occasion: the 150th anniversary of its founding.

A yearlong fete will feature programming that includes eight masterworks presented as part of the 2017-18 MainStage Series. They include "Hamlet," "Candide" and "Jesus Christ Superstar" as well as debuts of "Seussical" by Lynn Ahrens and CCM graduate Stephen Flaherty.

CCM's sesquicentennial opera lineup will be highlighted by a double-bill composed by Giacomo Puccini, and its dance program will include two mixed-repertoire ballet productions. The celebration also will include world premieres, guest artists, off-campus concerts and unique alumni showcase.

Clara Baur started it all by using her own money to open the Cincinnati Conservatory of Music in 1867. It was Cincinnati's first school of classical music and Baur taught voice and piano in rooms she rented at a finishing school for girls in Walnut Hills.

Eleven years later, Reuben Springer and George Ward Nichols led a group of cultural philanthropists to establish the College of Music of Cincinnati in Dexter Hall at 1228 Central Parkway (it still stands) next to the back side of the brand new Music Hall. The two schools were instant competitors and their comprehensive facilities, faculty and talented students established Cincinnati as a music education center known worldwide. They merged in 1955 and became the 14th college at the University of Cincinnati in 1962.

Today, more than 150 CCM faculty members instruct nearly 1,500 undergraduate and graduate students from around the world, offering courses in seven areas that range from music education and theater arts to electronic media.

The college has had numerous early brushes with fame. Its students have included the likes of Al Hirt, Tennessee Ernie Ford, Earl Hamner, Kathleen Battle, Dorian Harewood and Faith Prince.

You can throw into that mix hundreds of CCM graduates of lesser fame -- two of whom we profile below -- who have had an enormous impact on the world of performing arts and media as well as education.

We asked the latter two to assess their experience at CCM and what earning a degree from the institution has meant to them.

Walnut Hills High School and CCM graduate Rick VanMatre has performed and recorded jazz around the world for more than 35 years. The saxophonist's CCM teaching career began in 1980 and he continues there, where it all started, as a part-time adjunct professor of jazz studies and saxophone.

"I took advantage of CCM’s summer programs, then started college in Boston," VanMatre wrote in an email just prior to departing for Europe. "But after one year, CCM’s allure beckoned me back. I had professors at CCM that inspired me musically, but in retrospect, I realize they shaped my ideas not just about music, but about philosophy, social justice and helping people."

VanMatre served CCM until 2010 as head of the jazz studies department. At CCM, he created a graduate degree in jazz, started a doctoral degree in classical saxophone, built the jazz recording studio and jazz record library and managed an extensive visiting artist series.

"I found that I really loved teaching and I still was able to continue performing in other cities, but also with fabulous local musicians like Frank Vincent, Dee Felice, Carmon DeLeone, Phil DeGreg, Steve Schmidt, Pat Kelly and John Von Ohlen."

As he pondered CCM’s 150th anniversary, VanMatre wrote that he was proud of the impact it has had locally.

"I stay in touch with my graduates who are performing and teaching around the world, but in some ways it’s even more gratifying to see my former students who are here gigging in town, and those that are professors at CCM, Miami University, Northern Kentucky University, Xavier University, and SCPA,” he wrote.

Kwon started playing violin as a 10-year-old in Minneapolis and joined a punk band at age 13, so teaching experimental music to classical-instrument playing children in East Price Hill is a natural fit for him.

Kwon, a classically trained composer and performer, teaches more than 100 young musicians as director of MYCinncinati and is the founding director of the MYCincinnati Ambassador Ensemble in the very neighborhood in which he lives.

He enrolled in CCM after competing for and winning one of its Cincinnati's Presidential Full Scholarships. He said the friends he made and the collaborative, diverse environment in which he studied helped him learn to embrace self-advocacy and commit to community education and social justice.

"Self-advocacy and the importance of fighting for space, and the potential for the arts to be used as a vehicle for community building are still very close to my heart today," Kwon wrote via email. "I hope my students will see the example set by all of the MYCincinnati teaching artist staff and feel inspired to take ownership of their future aspirations."

Kwon added that he feels fortunate to be surrounded by so many brilliant minds.

“All of the teachers I work with are incredible artists, engaged citizens, and passionate thinkers with fierce imaginations. I feel very grateful for the opportunity to learn from and work alongside them every day,” he wrote. “Day in and day out, they demonstrate to the students at MYCincinnati what it means to be a 21st century artist."

For more on the history of CCM, click here.