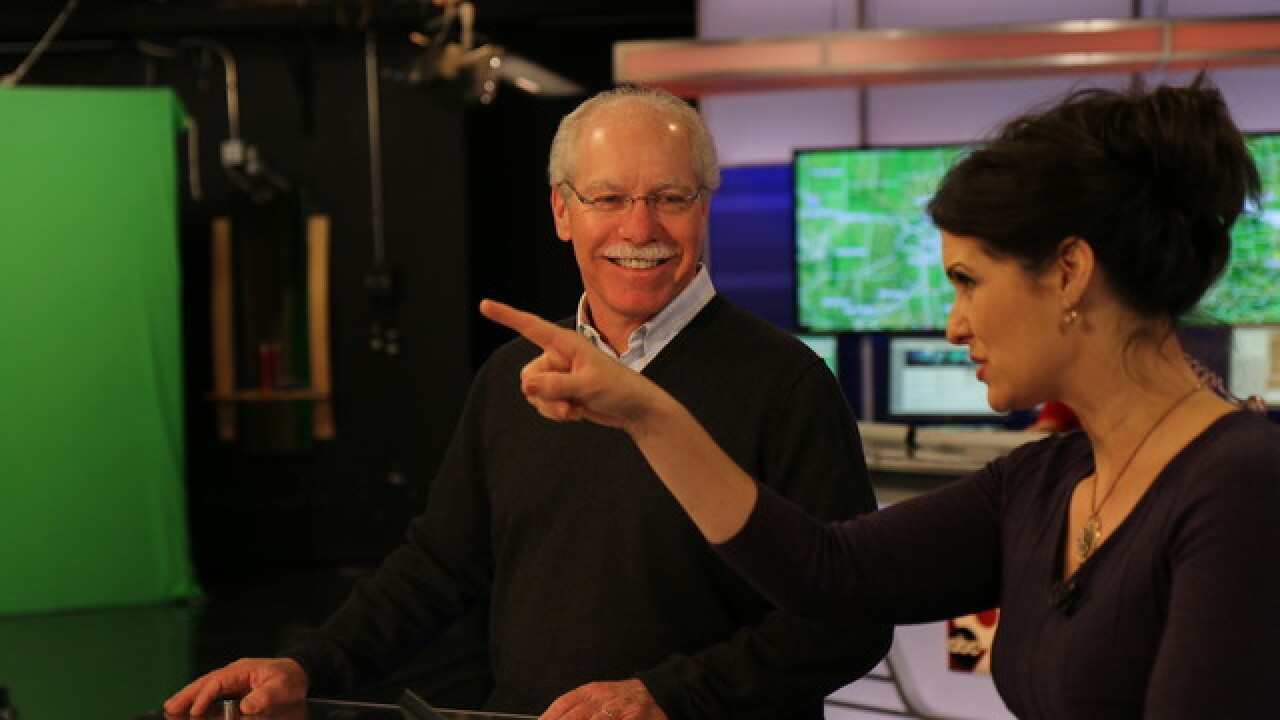 CINCINNATI - You know that awkward moment where the boss asks for volunteers and everyone looks at the floor? That’s when Rich Boehne likes to raise his hand.

“I’m a little surprised how many people are risk averse,” said Boehne, whose nine-year tenure as E.W. Scripps Co.’s CEO ended Aug. 7. “I’ve always figured if I could feed my family, I’d be willing to gamble with most of the rest.”

That approach helped Boehne to rise from subscription seller to head honcho for the Cincinnati-based media conglomerate, whose holdings over 139 years have included newspapers, TV and radio stations, cable networks and digital media properties like the podcasting company Midroll and Newsy, a video news outlet built for millennials.

Scripps is the parent company of WCPO and the former owner of the Cincinnati Post newspaper. Boehne is a 1981 graduate of Northern Kentucky University’s communications and journalism program.

“I don’t know if you’ve seen any (old) pictures of him, but he was a latter-day flower child. He was sort of counter-cultural,” said Bill Burleigh, Scripps CEO from 1996 to 2000. “It took (Boehne’s wife) Lisa, I think, who was a fellow student and a journalist, to shake him awake. As you say, he was a risk taker. He always liked to do things a different way and be his own man. He may not have dressed conventionally, but all that fit this profile of being an entrepreneur.”

Boehne was a Cincinnati Post business reporter in the 1980s when he took his first big risk – jumping to the corporate office to be Scripps’ first director of investor relations.

“I’m a good learner. I’m an adapter. The thought of a destination is crazy to me,” Boehne said. “Not all of my risks have paid off. But I was never afraid to take a risk and to take on something where I had to stretch and learn and change.”

Betting his career on HGTV

Boehne’s background as a business journalist helped him gain the trust of Wall Street analysts and investors when Scripps went public in 1988, Burleigh recalls. But Boehne also developed a reputation within the company for good strategic thinking.

“At that time, Scripps had been a very traditional media company,” Burleigh said. “We had to become a more entrepreneurial company if we were not going to be caught in the mud that the rest of the media pack was. And that led to some experiments that didn’t pan out. But also led to Home and Garden (Television).”

Boehne said he bet his career on HGTV, a cable network that was derided by the Wall Street Journal as a place to watch “paint drying and grass growing.” Newspaper executives thought it was frivolous. Shareholders complained it was too expensive. But Boehne believed that his friend, Ken Lowe, was “one of those people who can see just around the corner. He saw the fragmentation of media and how it was going to move to television.”

Lowe said Boehne built crucial support among investors and Scripps bosses to not only launch HGTV in 1994 but to double down on the strategy with the 1997 acquisition of the Food Network. Scripps added the DIY Network in 1998 and Great American Country in 2004 before spinning off its cable assets in 2008.

The moves paid off handsomely for shareholders, who received $430 million in cash dividends in the split. Scripps Networks Interactive Inc. moved to Knoxville and continued to grow under Lowe’s leadership. Earlier this month, the Discovery Channel announced that it will buy Scripps Networks for $14.6 billion, including debt.

For Lowe, who owns about 977,000 Scripps Networks shares, the deal is worth $88 million. Boehne’s reward? He got to lead Scripps’ grueling exit from the newspaper business.

“I tried to convince him to come with me,” Lowe said. “And I think this is all you need to know about Rich. He said, ‘Our employees, the Scripps family, they really need someone who cares and is thinking about the overall stewardship of the company.’ That’s Rich. He knew he was in for a really difficult challenge. He epitomizes someone who has a balance of a good heart, good mind. He’s a purpose-driven leader.”

Lesson from the Teamsters

To understand why, you need to travel back to 1992 for another risk taken.

A Teamsters strike in Pittsburgh threatened the survival of the Pittsburgh Press. Boehne volunteered for a last-ditch attempt to resolve the labor dispute. He remembers “people crawling on the floor while objects fly through windows” and calling his family to say, “I’m not going through the picket lines again.” He remembers newspaper bosses weeping because they thought they did everything they could to prevent the crisis and it still wasn’t enough.

Scripps sold the paper to Block Communications, which promptly shut it down.

Boehne said it was a defining moment in his career, “looking at this chaos and thinking, ‘If I’m ever in a position of influence, I’ll do everything I can not to let something come to this.’”

That’s one reason Boehne volunteered to take a 15 percent pay cut and eliminate his bonus in 2009, when the recession wiped out 20 percent of Scripps’ operating revenue. Scripps shed 700 jobs and closed its biggest money loser – Denver’s prestigious Rocky Mountain News. Pension contributions were frozen. The stock plunged to 87 cents. Boehne not only cut his own pay but convinced about 100 of his top managers to do the same.

“If you want to be a leader you should be willing to eat last,” he said. “I think the management really demonstrated that they had servants’ hearts. I was really proud of that.”

In 2010, Scripps sold the licensing rights to the Peanuts characters created by Cartoonist Charles Schulz. Boehne used the $175 million in sale proceeds to restore pension losses from the recession.

“That’s not our money,” Boehne said. “That’s the good folks who devoted their careers and I wanted to make sure the pension that was absolutely rock solid.”

Shareholders pocketed $60 million in dividends from the deal. The former Scripps papers joined a debt-free company that was later acquired by Gannett. And E.W. Scripps became a TV-centric enterprise with digital properties that – while not yet profitable – are growing at double-digit rates.

“I don’t think his goal was to ever exit the newspaper business,” Lowe said. “His idea was to figure out a way to get through the transition so the Scripps name would still be recognized as a force in journalism … so, I don’t say this lightly. I’m not sure there would be an E.W. Scripps if Rich had not stepped in after we split. When you look at the cards Rich was dealt back in 2008 and the way he’s played them, I just don’t think anybody could have done a better job.”