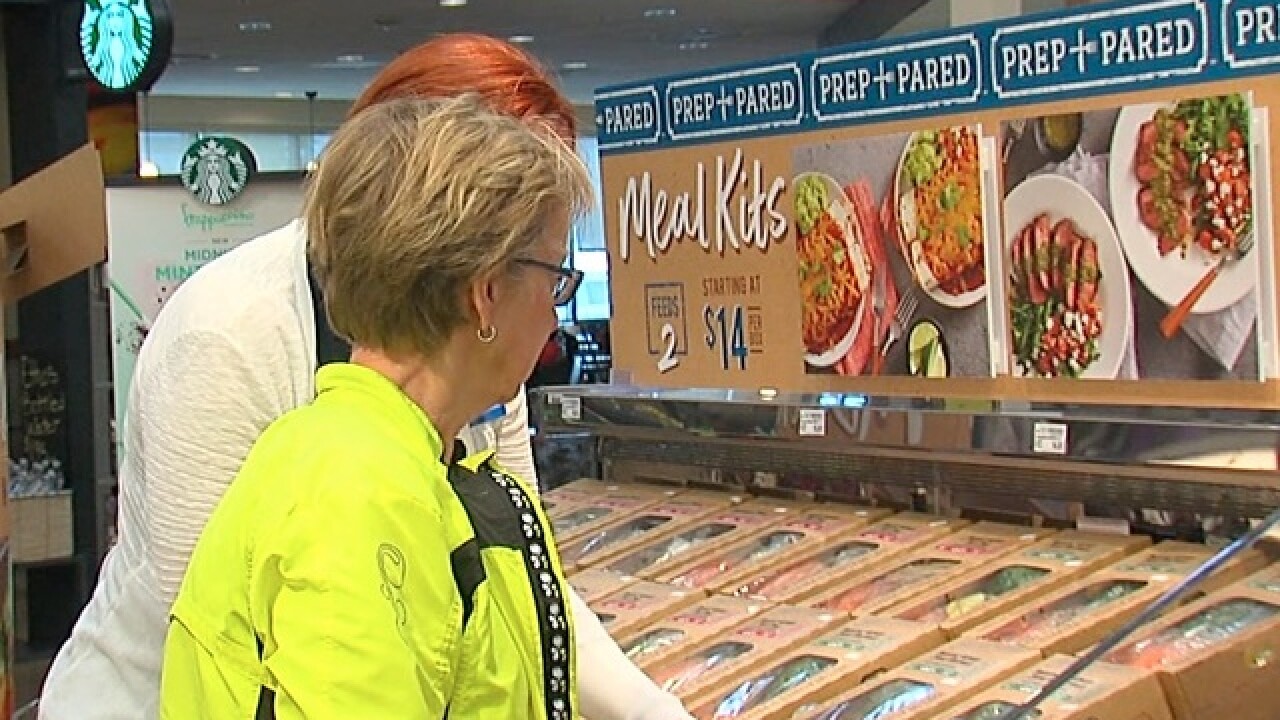 CINCINNATI - The Kroger Co. is launching a new recipe-sharing tool on its digital platforms that sends customized meal ideas to shoppers based on their past buying behavior and dietary restrictions, Chief Information Officer Chris Hjelm told a group of technology professionals at Xavier University Tuesday.

“I think we’re up to well over 10,000 recipes now,” Hjelm said. “We know the food you like. We know the things you’ve searched on. We’re able to curate a portfolio of recipes that we think might be the best fit for you.”

Hjelm was a keynote speaker at an Information Technology Symposium organized by the CIO Roundtable, a group of technology executives at Cincinnati’s 25 largest companies.

In an interview after his speech, Hjelm told WCPO the new recipe tool is aimed at deepening Kroger’s relationship with customers, using data from its loyalty cards.

“It’s personalized,” he said. “So, if you’re ordering online and you’re gluten free, we can make sure you’re not ordering something that has gluten in it. Or we can help you find the recipe that has a certain kind of chili flavor that you love.”

Hjelm was part of a panel discussion exploring how new technologies are changing how business gets done.

“We hope by 2020 to have robotic solutions in at least 25 percent of our facilities. Now, it’s less than two or three percent,” said Sally Miller, a Columbus-based CIO for DHL Supply Chain’s North American operations.

Miller’s technology team is developing augmented reality screens that not only mark where in the warehouse a just-purchased sweater is stored but display a picture of that sweater to make sure the buyer gets the right color.

At AMC Theaters in Kansas City, Senior Vice President Mike Czinege said his team of 200 IT professionals reshaped its approach to cinemas because of customer insights mined from loyalty programs.

“We used to build theaters to fit as many people as we possibly could,” he said. “Now, because we’ve finally listened to our guests, who said they want comfortable seats, we took out 60 percent of our capacity to put in recliners. Guess what? Our attendance tripled.”

Kroger’s new recipe tool is but one of the new technology initiatives Hjelm highlighted in the panel discussion.

He said Kroger continues to experiment with its Scan Bag Go technology, which allows shoppers to scan their purchases as they move through the store. Launched in 2011, it’s now being tested in about 20 stores nationwide. Digital Shelf Edge devices, which display price tags and ads on small video screens, are now being tested in 15 stores. And home delivery, which was introduced this year in Cincinnati, Texas and Washington, D.C., will be expanded rapidly, Hjelm said.

“Customers like it,” Hjelm said. “You can see the adoption rates in the industry with competitors offering delivery services. Our ClickList (online order/in store pick up) continues to grow quickly. So, I think the point is, we’re going to go where the customers want us to go.”