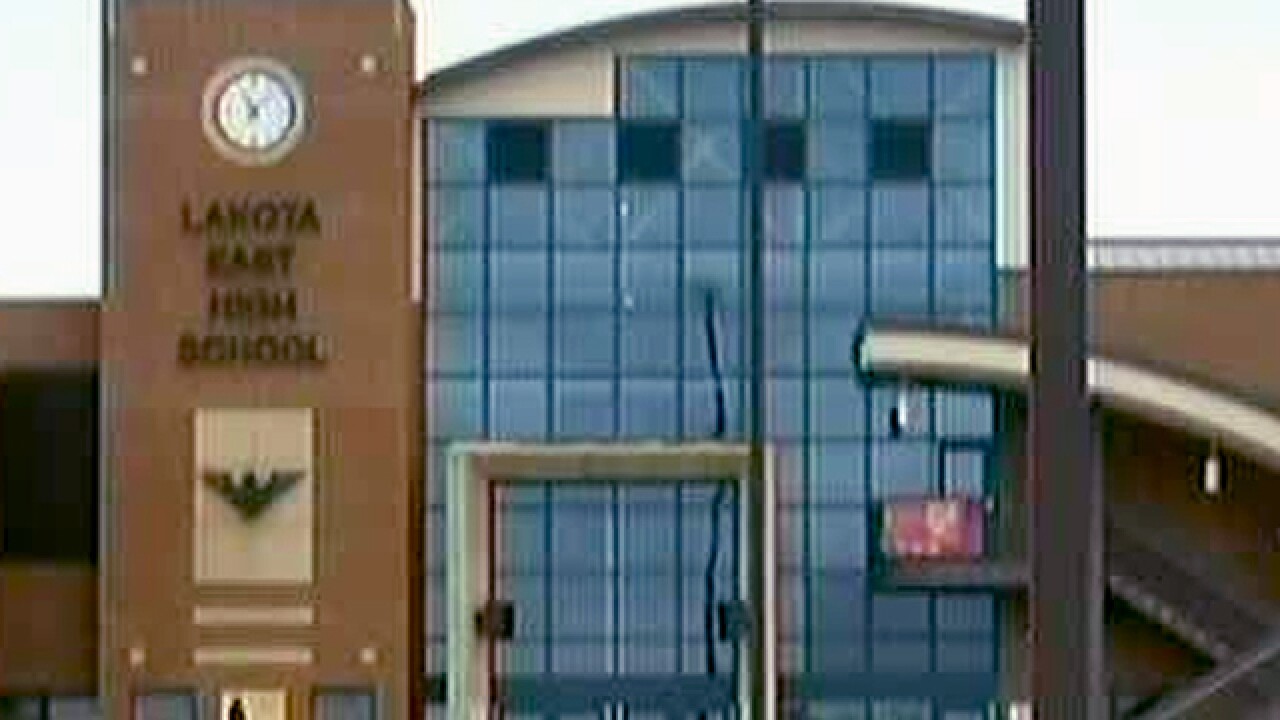 “I think for them the service academy is the ultimate way for them to give back,” said Lakota East Principal Suzanna Davis.

Although there are five U.S. service academies, just three represent the four major military branches: the U.S. Military Academy, also referred to for its locale in West Point, New York, produces Army officers; the U.S. Naval Academy, also known by its city, Annapolis, Maryland, whose graduates can go in into the Navy or Marine Corps; and the U.S. Air Force Academy in in Colorado Springs, Colorado. (The others are the U.S. Coast Guard Academy and the U.S. Merchant Marine Academy.)

The desire to give back has been Keith’s motivation for the last five years. With no immediate family members in the military, he hadn’t really thought about serving, but, after attending an informational session about service academies in eighth grade, he knew it was a path he wanted to pursue.

“It really just clicked in that hour,” Keith said.

While he already knew he wanted to help others through a career in the medical field, he now had a specific group of people to serve.

“At that point my passion and my drive became serving veterans and serving service men and women,” he said.

Through high school, he set his sights on attending a military academy and in his junior year began applying to summer programs at West Point and the Air Force Academy. In August, he began the official application process, filling out forms, getting affidavits and applying for nominations from legislators like U.S. Sen. Rob Portman and Ohio Rep. Nan Baker.

Like Keith, Middleton didn’t come from a military background, but, when she learned about service academies from a teacher’s former student, she was drawn to the idea. A summer seminar at the Air Force Academy confirmed her passion.

“I fell in love with it, and I couldn’t see myself anywhere else,” she said. “It just was like a perfect fit.”

The service academies’ application process included “hundreds of pages of reading and paperwork,” and seven interviews in three months, Keith said. “It was extremely intense.”

The experience is common and known for its rigor among students hoping to attend service academies. “I mean, they really look for an all-around student,” Roth said.

The numerous interviews were one of the most challenging aspects of the process, he said. “You have to be a people person to talk to people about what you want to do.”

With the rigor involved in the process, receiving an appointment can be quite a relief.

Keith got the call notifying him of his appointment to West Point in January, while he was walking out of a government class. “It was a combination of relief and excitement, and then anxiety because I knew what was coming,” he said.

As a cadet, he will be involved in academic, physical and military programs that will prepare him to be an Army officer upon graduation. After completing their degrees, West Point graduates are required to fulfill a minimum of five years of active-duty service.

Keith hopes to continue his career in the military beyond that.

“It’s more than just a way to get through school,” he said.

Like Keith, Roth hopes to serve beyond the five years naval service required by Annapolis. He’s not sure, though, whether that career will be as a naval officer or Marine. With a father who has served 24 years in the Navy, he has developed a knowledge and appreciation of the branch.

“I’ve been around the Navy my whole life,” Roth said. “I love the Navy.”

Although he aspires to double-major in nuclear and mechanical engineering and thinks his skills are best suited to the Navy, he is open to the possibility of serving as a Marine.

“I still have four years to decide, so I’m keeping my mind open,” he said.

Roth’s, Keith’s and Middleton’s post-secondary paths reflect a growing trend of students that are considering alternatives to the traditional four-year university experience.

“I think it’s no longer a one-size-fits-all model,” Davis said.

In her 10 years leading the school, Davis said she can’t recall a time when graduates went on to attend the three service academies in one year.

“Historically, I don’t have a lot of information, but we believe this is definitely one of the years with the most.”

While she has seen an uptick particularly in the number of students interested in service academies, she also has noticed more students considering options including a gap year, active duty military service, and regional and junior colleges.

“They really are looking at every option they have available to them,” Davis said.