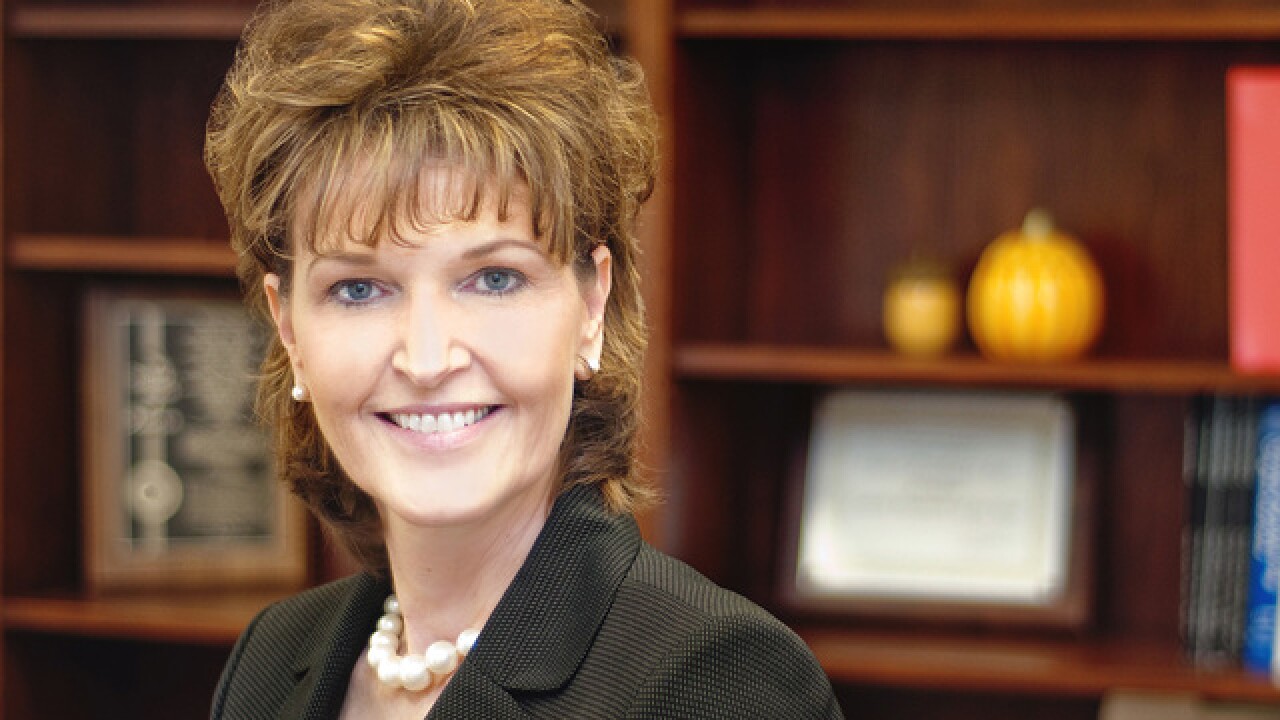 Copyright 2018 Scripps Media, Inc. All rights reserved. This material may not be published, broadcast, rewritten, or redistributed.
Contributed
Melissa Mangold has been president of Casco Manufacturing Solutions in Camp Washington since 1993. (Photo provided) 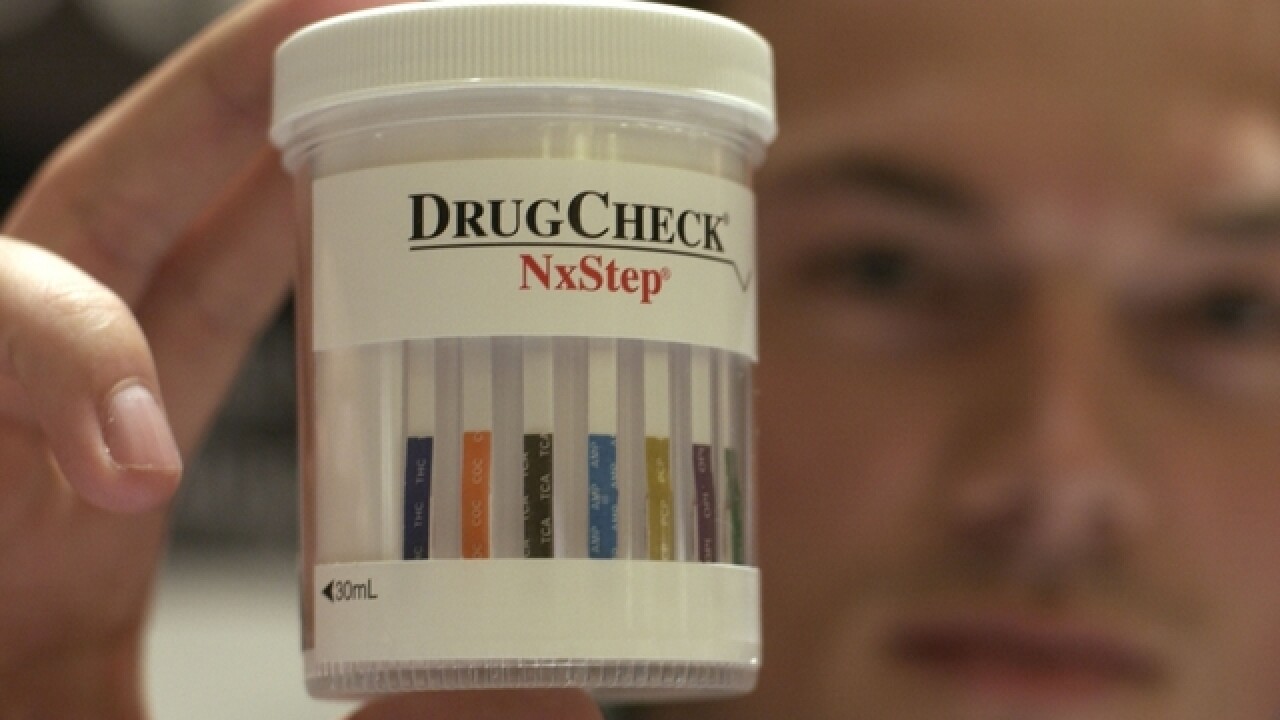 CINCINNATI -- Greater Cincinnati hasn't been hit hard -- yet -- by an emerging national trend that shows some employers are having a hard time finding enough workers due to the rising number of failed drug tests. But it could be on its way.

Workplace drug testing has been a staple of American employment since at least the 1980s, with myriad legislation at every level enacted to promote safety and productivity. Cincinnati-area companies seem to find those measures largely effective, even in this era of heroin and opioid use.

Then again, there is the experience of Casco Manufacturing Solutions, a small, soft-goods manufacturer in Camp Washington. Melissa Mangold, Casco's president since 1993, said heroin and marijuana use are disqualifying workers at a growing rate.

"We have to be very creative with manpower," she said. "It has become increasingly more challenging to find people who want to work. One of the reasons is our drug-free work environment. It is profoundly difficult to find workers who can pass a nine-panel drug test, much less a more difficult one."

Stories in the New York Times and CNN echo Mangold's concerns and specifically mention Ohio companies. She estimates that hampered staffing from failed drug tests costs Casco about $250,000 per year.

"Additionally, when we hire someone from a halfway house, as soon as they are out of that facility, they go right back to old habits and cannot maintain a work schedule," she said.

"Part of the value we bring to our customers is being able to ship products in a shorter timeframe than anyone else," she said when describing why chronic staffing issues matter. "We need to be nimble as well so that our customers don't want to go overseas for products that can be made right here in Cincinnati. We have found that, with new customers, we may have to extend ship dates on first-time orders by a few days. But we will work overtime if necessary to maintain our commitments to all of our customers."

Despite the headlines about opioid abuse, data provided by Quest Diagnostics surprisingly show cocaine, marijuana and methamphetamine use appears to be on the rise. Use of heroin and other opiates is leveling off, according to Quest, a national drug-test results leader with numerous collection sites in Greater Cincinnati.

"It sounds a cautionary note," said Barry Sample, senior director of science and technology for Quest. "For all of the illicit drugs, it's not a one-year event."

He said that, among the U.S. workforce, positive test results for cocaine are up 33 percent since 2012, while marijuana rates are up 25 percent. Those results, along with methamphetamines, are at their highest levels in at least a decade.

Sample pointed to a study by his company showing the rate of positive cocaine tests was up 12 percent in 2016 alone. "What's unique about 2016 is that all three (cocaine, marijuana and methamphetamines) were up in almost every specimen type."

In Greater Cincinnati, Quest's figures show that, in the region's six 3-digit ZIP code prefixes in 2016, the rate of positive tests for heroin use was 0.1 percent -- 150 percent or 2.5 times greater than the national average. Prescription opiates continued a downward trend that started a few years ago. Amphetamine use was 12 percent higher in the region than nationally.

"Some of the increases in marijuana that we've been seeing (is) even outside of those states with recreational or medical marijuana use statutes," Sample said, referring to Washington and Colorado, among others. "It's not restricted just to those states where there's clearly an easier regulatory path to using marijuana."

The construction industry, at least in terms of workers' self-reporting drug use, would seem to be an area of concern. The National Survey on Drug Use and Health from the U.S. Department of Health and Human Services shows the construction segment with an 18.1 percent rate of use in the past month; the national rate for all segments was 11.5 percent. Manufacturing, both nondurable and durable goods, had rates of 6.9 and 8.9 percent, respectively.

"It's not been a big issue for us, and I think partially that is due to the fact that we are a part of the drug-free workplace program for the (Ohio Bureau of Workers' Compensation)," said Karissa Schmidt, the human resources director for Sunesis. The Bureau offers rebates on premiums for companies that follow its drug-testing protocol.

"It's really strict now," she said. "I would say that some of the general contractors that we work for make their program even stricter, especially with the heightened heroin epidemic."

"Random (testing), which is required, especially if you're part of the drug-free workplace program, that really deters people from doing it," she said.

Mangold of Casco wouldn't say exactly how bad her worker shortage has gotten.

"I can tell you that being a substance-free company makes it extremely difficult to find workers for the manufacturing floor," she said.