'It's incredibly important to serve all customers' 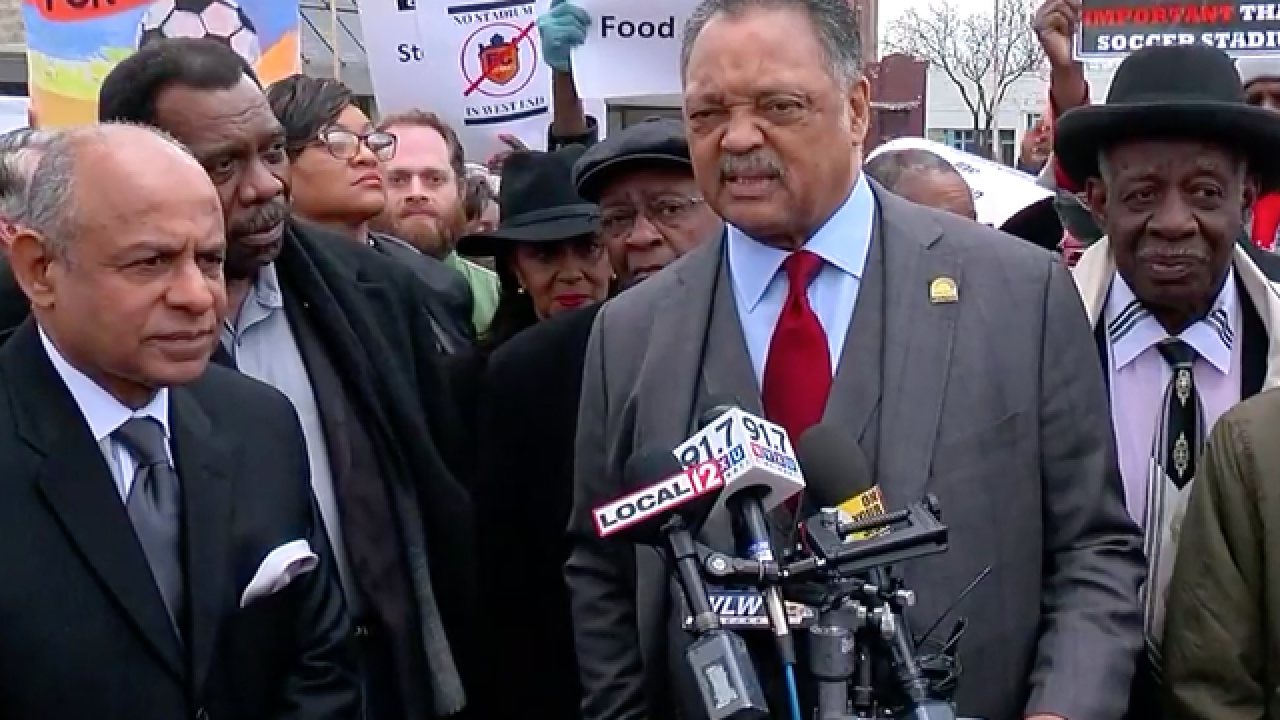 CINCINNATI - One week after the Rev. Jesse Jackson called for a boycott of the Kroger Co., CEO Rodney McMullen said he is willing to consider any new ideas for improving service to neighborhoods without grocery stores.

In his first public comments since Jackson visited Cincinnati to protest Kroger store closures in minority communities, McMullen said Kroger will continue conversations with the Rainbow PUSH Coalition. He also said it’s too early to tell whether new ideas will emerge from the dialogue.

“We’re going to listen to the dialogue and conversation and if they have ideas that we haven’t thought of, we’re happy to” consider them, McMullen said. “We think it’s incredibly important to serve all customers.”

McMullen's comments encouraged the interim executive director of the Walnut Hills Redevelopment Foundation. Elizabeth Winters Waite is working to establish a small grocery store in a building that Kroger vacated in 2017. The foundation bought a land lease to gain control of the Gilbert Avenue property last November and has several grant applications pending to redevelop it.

Waite did not seek grant money from Kroger’s charitable foundation because she assumed it wouldn’t fund a rival grocery. But now, she’s considering new ways Kroger could help bring perishable foods from community gardens into a new Peebles Corner Grocery.

“Kroger exhibited a lack of foresight in what our community is capable of,” Waite said. “If they are going to reconsider and assist us to make sure our residents have access to healthy and fresh food, we would love to work with them.”

In a brief interview following a news conference to announce new employee benefits, McMullen said Kroger’s new Corryville store is an attempt to “serve all customers” in the Uptown neighborhoods, including Walnut Hills.

Kroger is taking the same approach with its Court and Walnut project, which includes a two-story grocery store in an 18-story residential tower one block from Kroger’s corporate headquarters.

“We’re building a store Downtown that really will be a bridge between Downtown, Over-the-Rhine and the West End,” he said. “We do that all across the country.”

McMullen also commented on recent media speculation that Kroger is talking to Target Corp., Alibaba Group and others about mergers and acquisitions.

“Anything that’s out there, you should assume that we’ve spent time on it,” he said. “But just because we spend time doesn’t mean anything is going to happen.”

McMullen said Kroger will pursue “opportunistic” acquisitions, such as the recent purchase of 18 stores in Virginia from Supervalu Inc. It also will look for bigger deals that bring new ideas to the company, she said.

“For us, it really is finding somebody to merge with that brings something to Kroger that we don’t have today,” McMullen said. “Somebody that brings as much to Kroger as we bring to them.”