WEATHER ALERT DAY: When the next round of storms move in
News

MASON, Ohio -- Dead-eyed zombies, demonic clowns, gargantuan-sized spiders or chainsaw-wielding butchers -- no matter what you fear, Kings Island wants to scare the pants off you.

New this year is the Blackout haunted maze, which replaces Club Blood in the park's Action Zone.  The new maze represents a departure from the park's traditional haunted attractions in which tortured characters jump out from behind every corner.

What this maze lacks in its minimalism, it makes up for in its blinding psychological horrors. In this pitch-black, twisty maze, intrepid thrill-seekers must feel their way through a maze filled with tactile terrors and whispers in the dark. 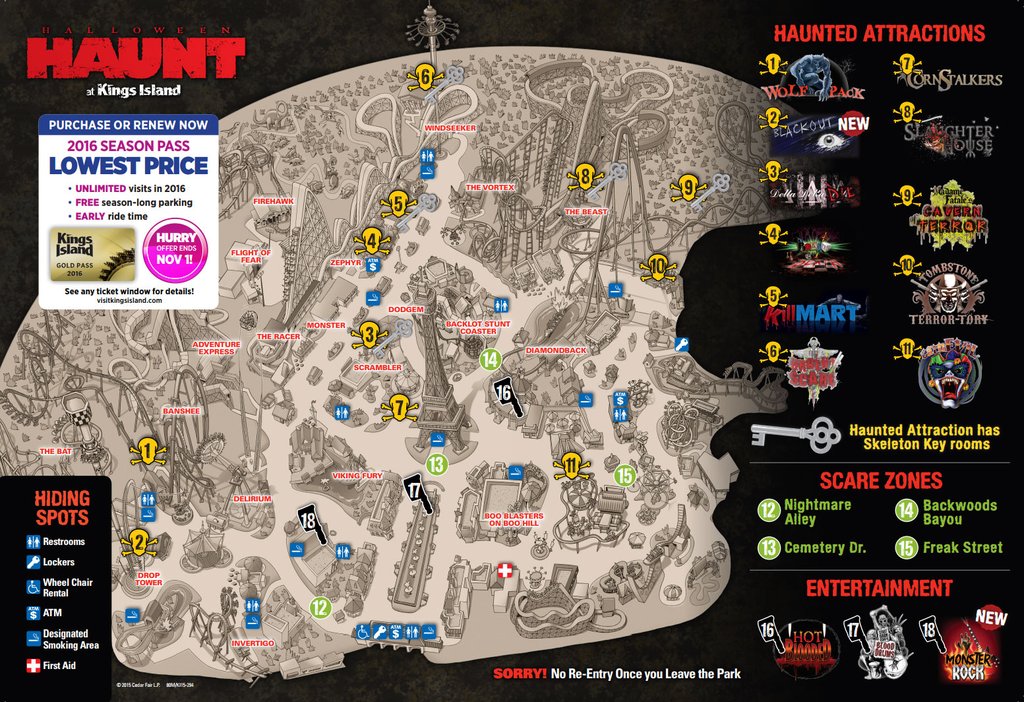 "The fear is in the dark," said park spokesman Don Helbig. "It takes people maybe six to eight minutes to find your way out, which is a long time when you're freaked."

A new show, "Monster Rock," features the music of Journey, Foreigner, Bon Jovi and Aerosmith, among other popular bands.

Halloween Haunt is offered between 6 p.m. to 1 a.m. Fridays and Saturdays through Oct. 31, except for Saturday, when the park operates from 7 p.m. to 1 a.m.

On Saturdays beginning Oct. 3, the park opens at 11 a.m. for its family-friendly attraction, Snoopy's Halloween Party. The Halloween transformation begins at 5 p.m. and is recommended for mature audiences.