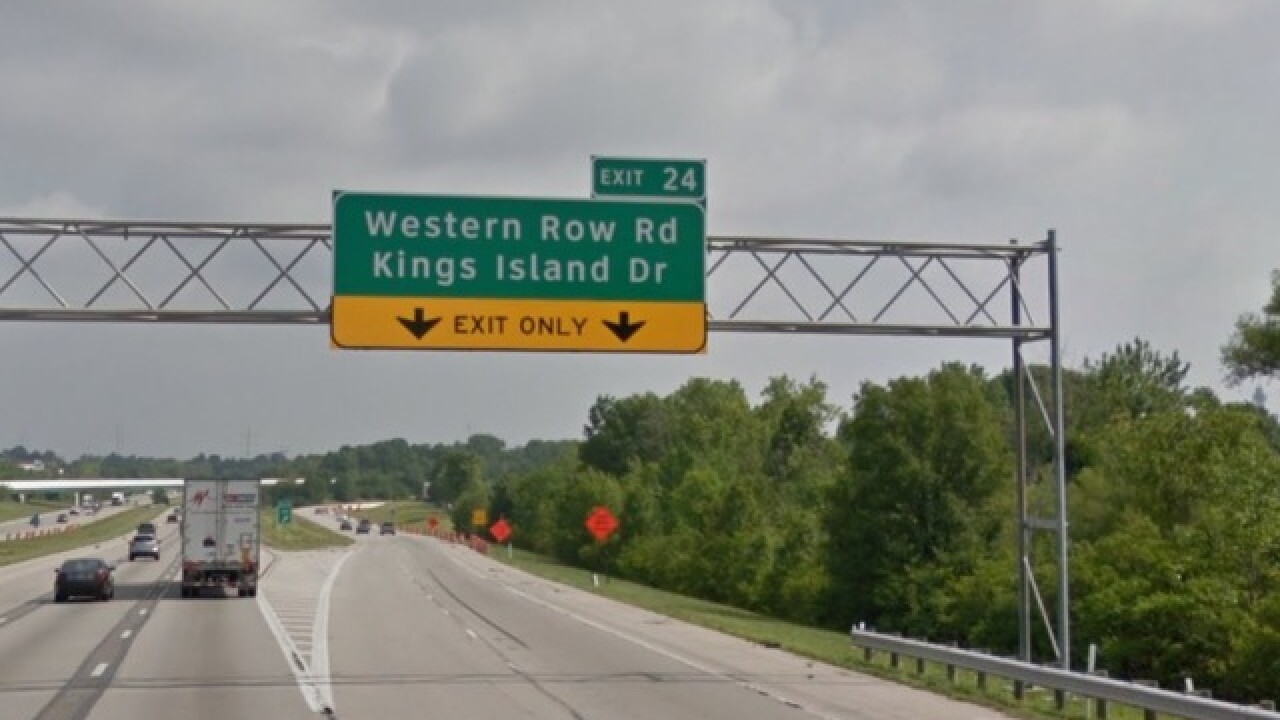 MASON, Ohio -- Roadwork on Kings Island Drive has been completed ahead of schedule, but drivers in the Mason area will continue to see orange barrels throughout 2017.

Work on Kings Island Drive, which included its widening and the installation of a new left-turn lane for southbound traffic turning into Kings Island, paves the way for improvements to Western Row Road and the Interstate 71 interchange.

"The interchange project is especially exciting because it is a well-rounded plan, investing in infrastructure that will benefit the city, county and region long beyond our view," said Mason City Engineer Kurt Seiler. "It not only includes a well-designed traffic plan but also facilitates pedestrian, bike path enhancements, aesthetics, walkable areas. It is a gateway fitting for a city that embraces innovation and wellness."

Construction is scheduled to begin in April of 2017. Total completion of the project isn’t expected until the summer of 2019. This project will be managed by the Ohio Department of Transportation.

"Mason residents can expect to see road construction along Western Row Road and Innovation Way beginning later this spring through the end of 2019," said Seiler. "Traffic will be maintained during construction similar to the Kings Island Drive project and the Columbia Road relocation project with lane closures."

Updates on the work and road closure information can be found at  imaginewesternrow.com.

"Kings Island Drive improvements were done first to flush traffic through there so not to back up into the ramp project. That was key," said Neil Tunison, Warren County engineer. "It makes travel through the interchange much better while this work is being done. It makes travel a lot cleaner and less congested with fewer frustrations having the Kings Island Drive work done first. To do one project, we had to do another to make sure it would all connect successfully."

Western Row Road is a key access point along the I-71 business corridor, and is a hub for economic development and job creation, Seiler said. This project is expected to increase mobility, improve safety and expand access to business and recreational destinations in this area.

According to Seiler, the Western Row interchange project sets the stage for Mason’s long-term plan to fuel the innovation economy. The Mason Business Center is directly served by both interchanges and is positioned to support continued growth. Additionally, the interchange investment and surrounding roadwork allow for a better commute for employees of Procter & Gamble, the largest employer in Mason and Warren County. The company announced last year a decision to combine all health and beauty science and tech to its Mason location.

The improvements are also important to Warren County’s leading industry – tourism -- and are expected to also have a positive impact on the Fields-Ertel interchange by reducing southbound exit ramp traffic by 17 percent and reducing northbound entrance ramp traffic by 24 percent.

Mason leaders collaborated with both county and state partners on the project.