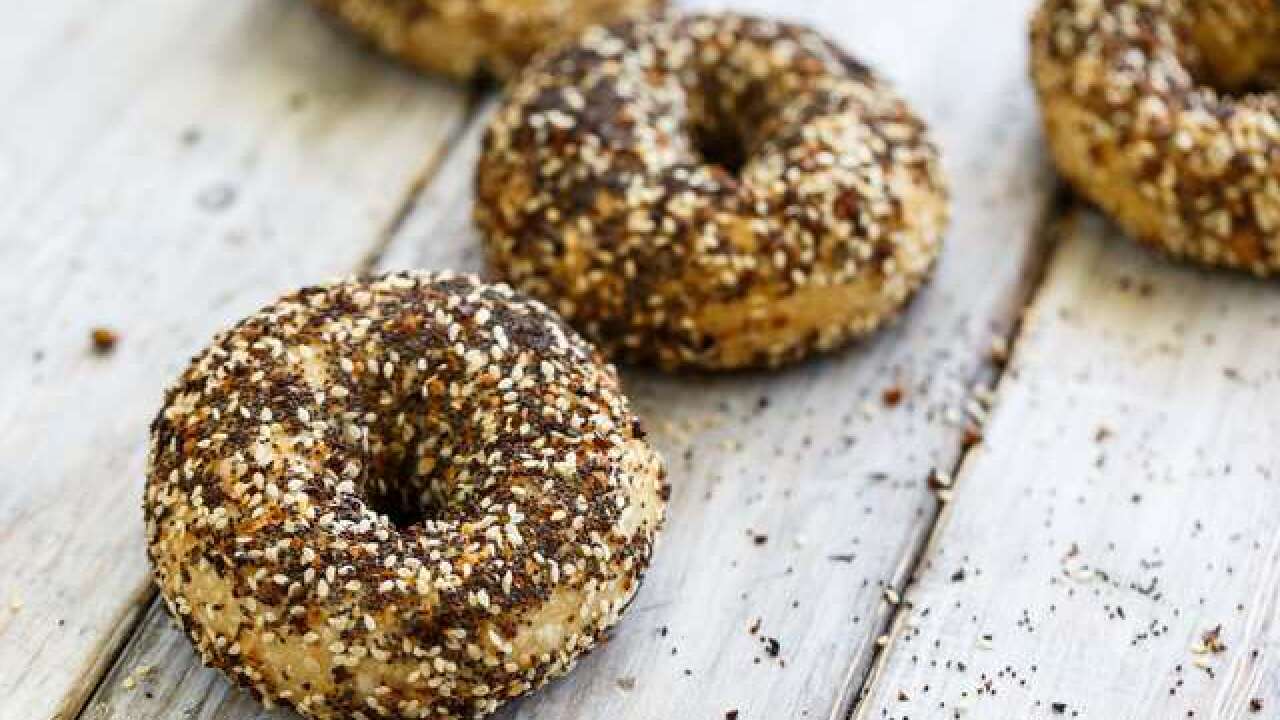 Copyright 2017 Scripps Media, Inc. All rights reserved. This material may not be published, broadcast, rewritten, or redistributed.
Provided
<p>Kim Hoover's everything bagels are a crowd-pleaser. (Photo provided by Amy Smethurst)</p> 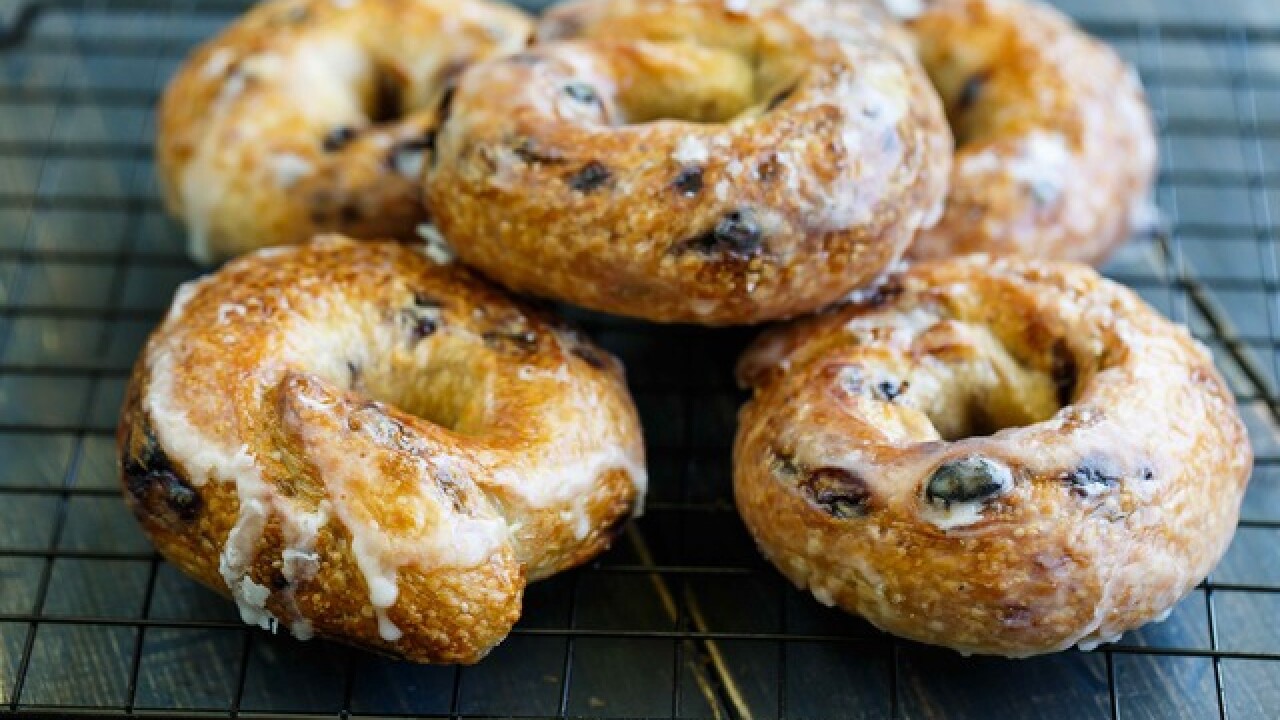 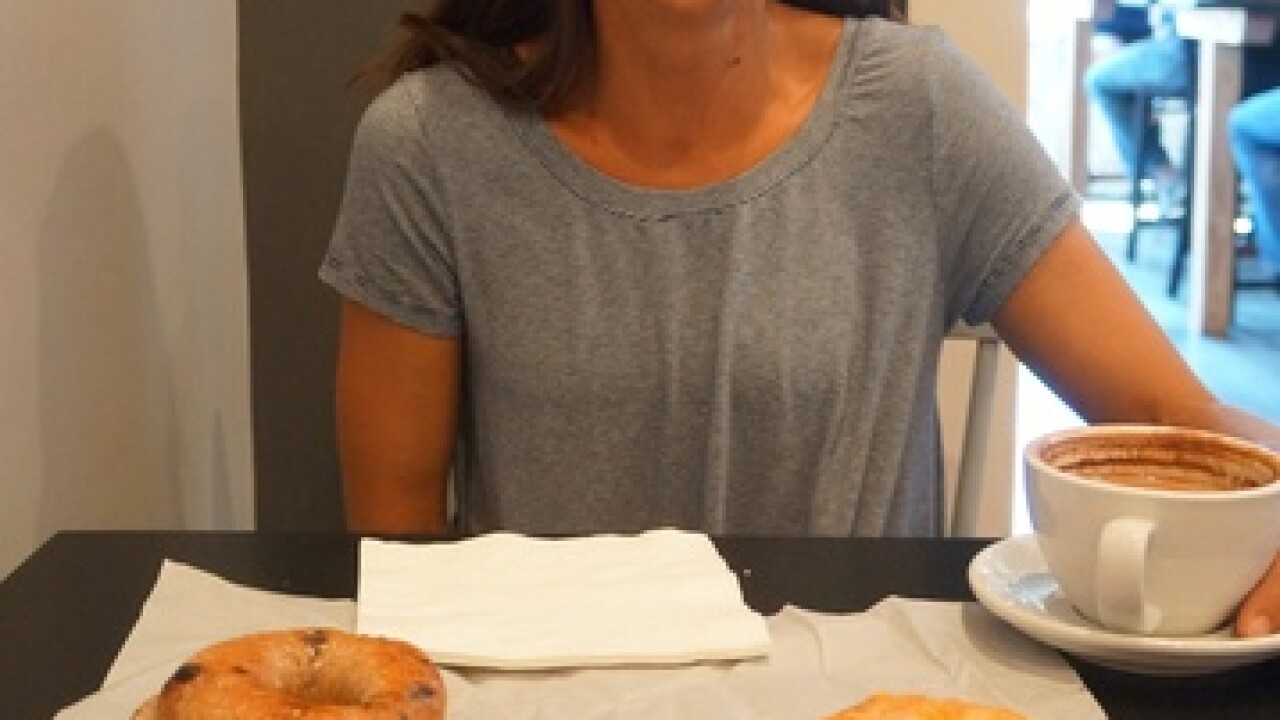 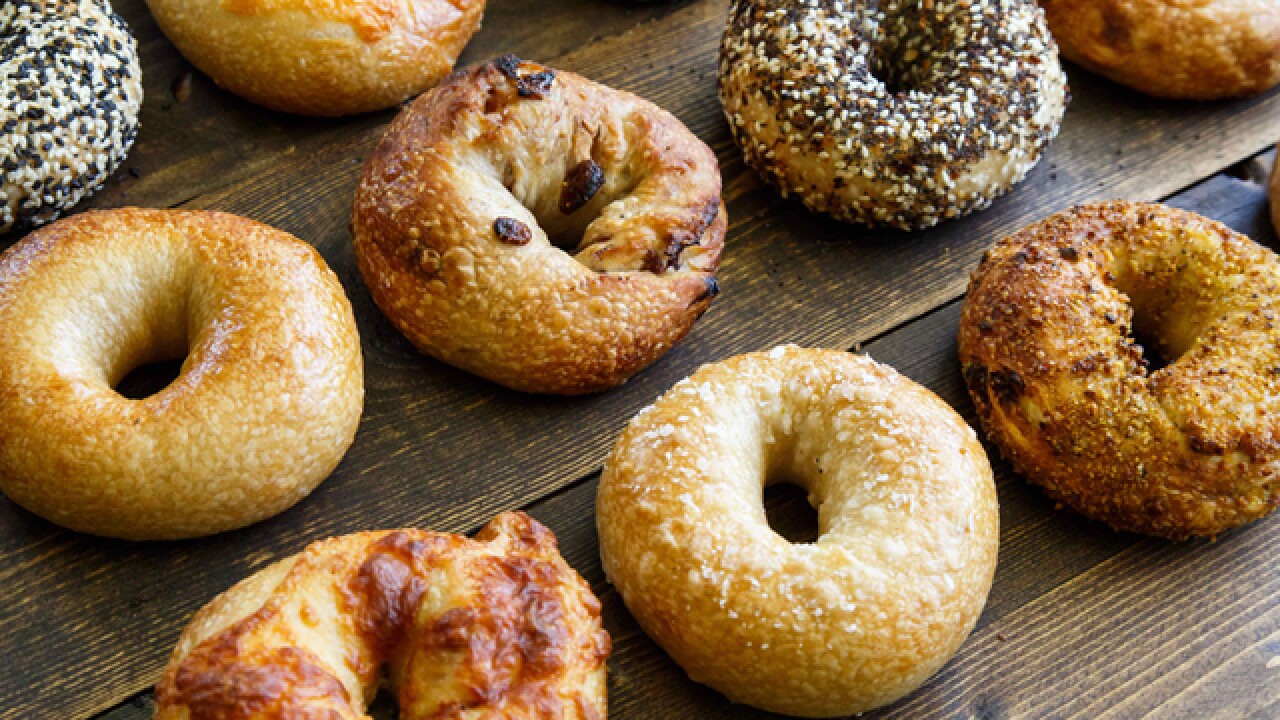 CINCINNATI -- In the course of three years, Five One Three Bagels founder Kim Hoover overcame alcoholism to reinvent herself as a self-titled "queen bagel maker."

Hoover, who had worked as a relationship manager at Fidelity Investments before becoming a stay-at-home mom, entered a three-month rehab program in Nashville in 2014. However, when she returned to Cincinnati, she didn't know what to do with her life.

While attending Bowling Green State University in the '90s, she worked at Barry Bagels and years later would occasionally make bagels at home. Last summer, her husband encouraged her to turn her hobby into a feasible business.

"Bagels are very intriguing to me, and they seem to make so many people feel giddy and happy," Hoover said. "There's just something about biting into a well-made bagel. It's like a little slice of heaven."

During a meeting with Findlay Kitchen manager Anthony Berin, she asked if anyone at the Over-the-Rhine incubator kitchen made bagels. The encounter "changed the course of my life," she said.

She joined Findlay Kitchen and started making her fruit-forward bagels a couple of months ago; May's O.F.F. Market in Oakley was the first time she sold bagels to the public. She gave out samples and sold bagels at Taste of Cincinnati's new Taste of Findlay section.

"Everything that I've done in my life has brought me to this point," she said. "When I look at these bagels, I feel like I've been given a second chance to do something with my life."

'Wow. This is different'

Currently, her menu features classic bagels such as the everything (poppy seeds, sesame seeds, salt, onion flakes, garlic) and specialty bagels such as a doughnutlike blueberry-lemon topped with a light glaze (a best-seller that has been "flying out of the baskets," she said); apricot-pistachio with a raw-sugar topping; and an aged cheddar baked into the dough and on the crust. A pepperoni mozzarella bagel, with the pepperoni blended into the dough and mozzarella melted on top, will soon join the rotation.

She serves the bagels with homemade cream cheese spreads -- a cucumber dill version and a raspberry puree -- but said she would like to find someone who could make cream cheese from scratch.

"What I had to do was see if these things were even going to be something that people would want," Hoover said. "It seems like it's working. People say, 'Wow, this is different.' "

While researching bagel recipes from acclaimed bread-makers such as Jeffrey Hamelman (bakery director at King Arthur Flour) and Peter Reinhart (writer of "The Bread Baker's Apprentice"), Hoover perfected her bagel. However, she admitted, she hasn't visited New York nor tried a New York-style bagel.

"Over the course of my events, I've had a lot of New York people give me feedback," she said. "It seems I'm on the right track."

She's not the only game in town, and that's OK

Making the bagels is a two-day process, she said.

First, she begins with the pre-ferment step, or sponge, a combination of yeast, flour and water. She lets the mixture ferment for a couple of hours and then creates the final dough, which also includes barley malt syrup and salt. She mixes add-ons like blueberries, cheddar cheese and apricots directly into the dough. The dough sets in a cooler overnight to ferment more, and the next day she boils the hand-rolled and -shaped bagels in a kettle before oven-baking them.

Five One Three isn't the only bagel maker in town. Last year, Lil's Bagels became one of Cincinnati's first pop-up bagel artisans, and this year OTR Bagelry and OTR Bagel Bar have joined the ranks. However, Hoover doesn't see them as competition.

"I think it's a good thing. We are in need of bagels in Cincinnati," she said. "If they're successful, I think I'll be successful. We're all bagel-makers, so go for it. I was thinking about calling them and being like, 'Hey, do you guys want to start a Cincinnati bagel baker association?' I think it would be awesome to share best practices and tips and collaborate."

For the summer, she has a recurring pop-up every Tuesday at Liberty Center farmers market in West Chester, and she'll set up a bagel bar at Washington Park on July 16 and Aug. 5. Her goal, though, is a brick-and-mortar location -- and to help others with addictions through the power of bagels.

She's currently in talks to sell bagels at the I Love You More Than You Know Project softball tournament. Like Hoover, the local nonprofit is committed to fighting addiction.

"Bagels are the gifts that I can give back to the community as a result of my recovery," Hoover said. "This wouldn't be happening if I didn't get sober. I'm in awe that I'm even sitting here."

Check for upcoming events at the  Facebook page here .