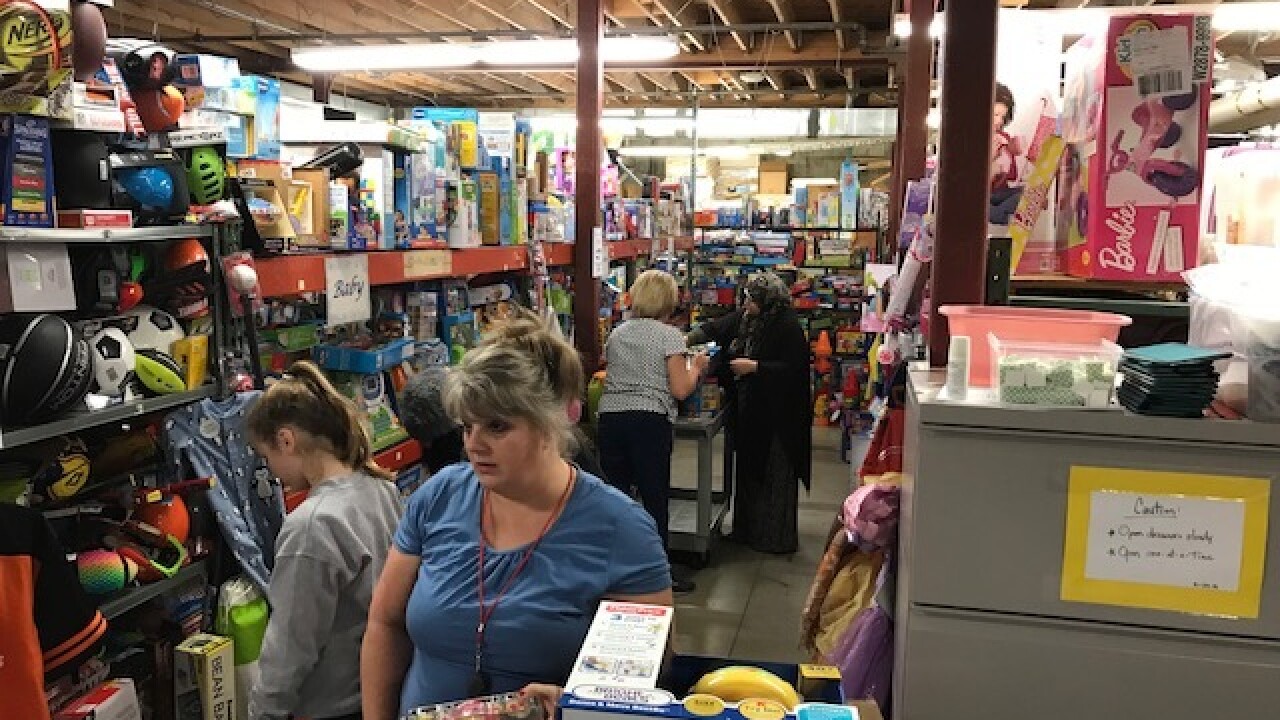 CINCINNATI -- Christmas morning will bring a happy blend of cheers and tears at the Ronald McDonald House in Avondale.

Seventy-eight unsuspecting, critically ill children will open the doors of their rooms and discover that, although they may be far from home, Santa Claus did not forget them.

What the kids will find outside their door is a bag with five toys, games or books that were hand-selected by their parents from hundreds of donated gifts collected, organized by age group and wrapped just for them by the folks at RMH. I

t's a tradition that dates to the beginning of the decade -- one that puts smiles on young faces and makes older ones shine with joyful tears.

"You try to do everything you can to make Christmas feel special, comforting, all those things to help people who are scared to death because their kid is real sick," said the refuge house's executive director, Jennifer Goodin.

The door-prize tradition, she said, is a great stress-breaker. Every year, she said, "I hear at least one child say, 'I'm not at home, so how is Santa going to find me?' It's tough being that far from home. The day people most want to be with their family is Christmas."

Gifts for Ronald McDonald kids come into the house from all directions. Goodin's daughter and other students in Wyoming's three primary schools, for example, did chores to raise $800 with which to buy presents for the sick at RMH.

Goodin said that so many supporters of RMH and its volunteers donate gifts that in one instance they redirected a $5,000 donation -- which had been spearheaded by board member and Cincinnati Mine Machinery president and CEO Bob Stenger -- to school children in the Avondale community.

Children wrote down what they wanted for Christmas, and the pay-it-forward program bought it and delivered it to them.

"Our toy supply is plentiful, and we believe every kid should have a great Christmas," Goodin said.

On Thursday and Friday, parents or another member of each sick child's family picked out five presents that have been stored secretly in the house's basement. Ronald McDonald staff and volunteers wrapped and bagged the gifts, put a room number on each one and will place them at the 78 doors late Christmas Eve when the children are asleep.

The kids have no idea what's coming, Goodin said, and the staff rarely has to answer questions from them such as "Will Santa be coming?"

"We let the parents handle that," she said.

Emotional reactions can run high, however, after the gifts are opened, and many of the poignant responses come from parents.

"Every year, we have parents come down from their room and burst into tears," she said. "It's really touching, the reactions we get from families. We've heard some say, 'We didn't think we'd have a Christmas this year.' "

The secret Santa program is one of many special events put on for the children at RMH. They've already had a visit from Santa and been entertained in other holiday ways. Christmas Eve brings them together every year for a special dinner hosted by the family of the late Etta Hoeh.

Hoeh became acquainted with the Ronald McDonald House while her son battled cancer there. She volunteered at the house for 15 years, and her son survived cancer for 16 years before dying at age 27. The large Cincinnati family honor her and his spirit with the 18th annual dinner.

There are 78 rooms at Ronald McDonald House -- which has served 30,000 families since being founded in 1982 -- and they are filled every night, Goodin said. The average stay is two months, but in one extreme case, Goodin said, a boy from Hawaii lived at the house for the first 2 1/2 years of his life.

"This is a very happy and helpful place, and the families are so grateful to have this," she said of the gift-giving project.