Kenwood Collection developer looks to build on its success

'At every turn, they did what was right' 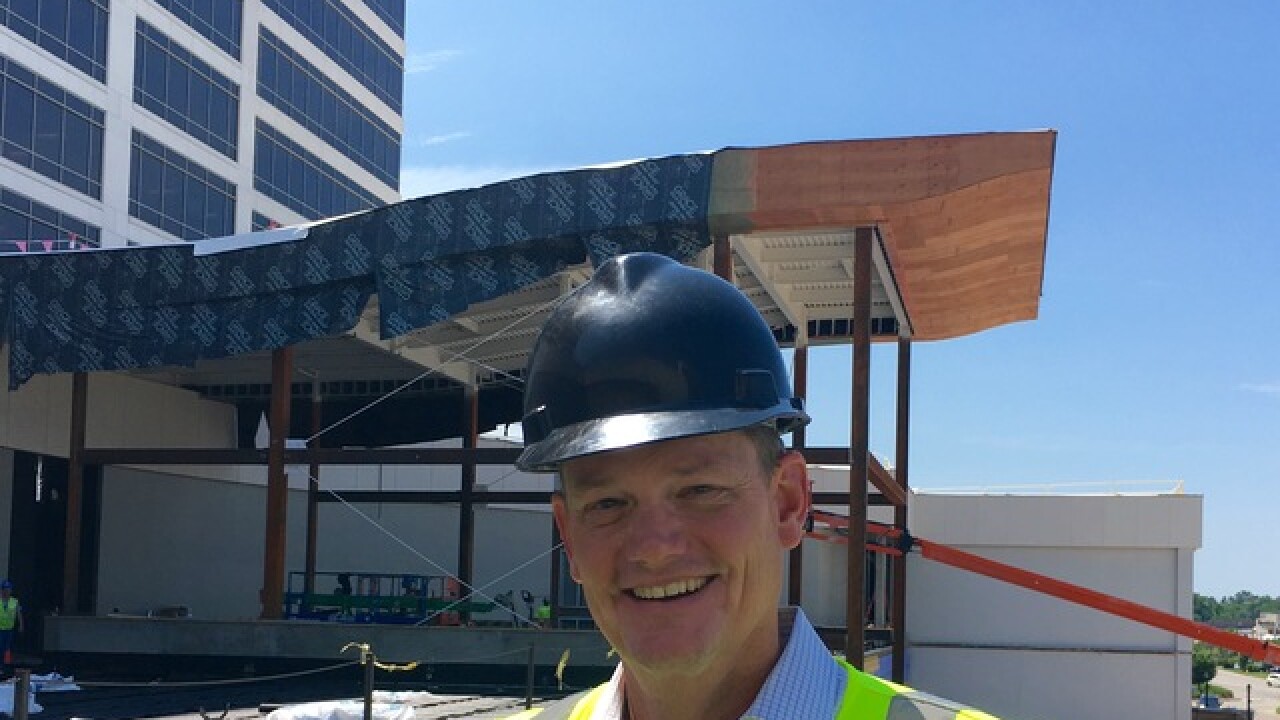 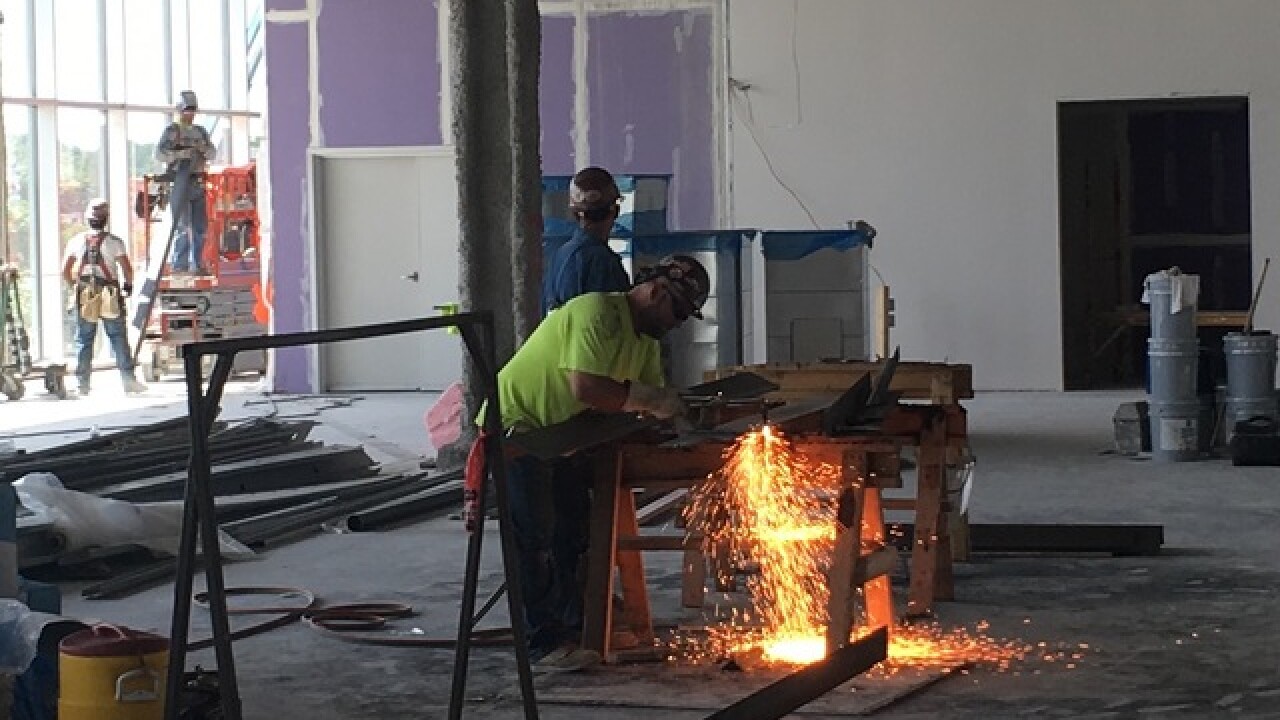 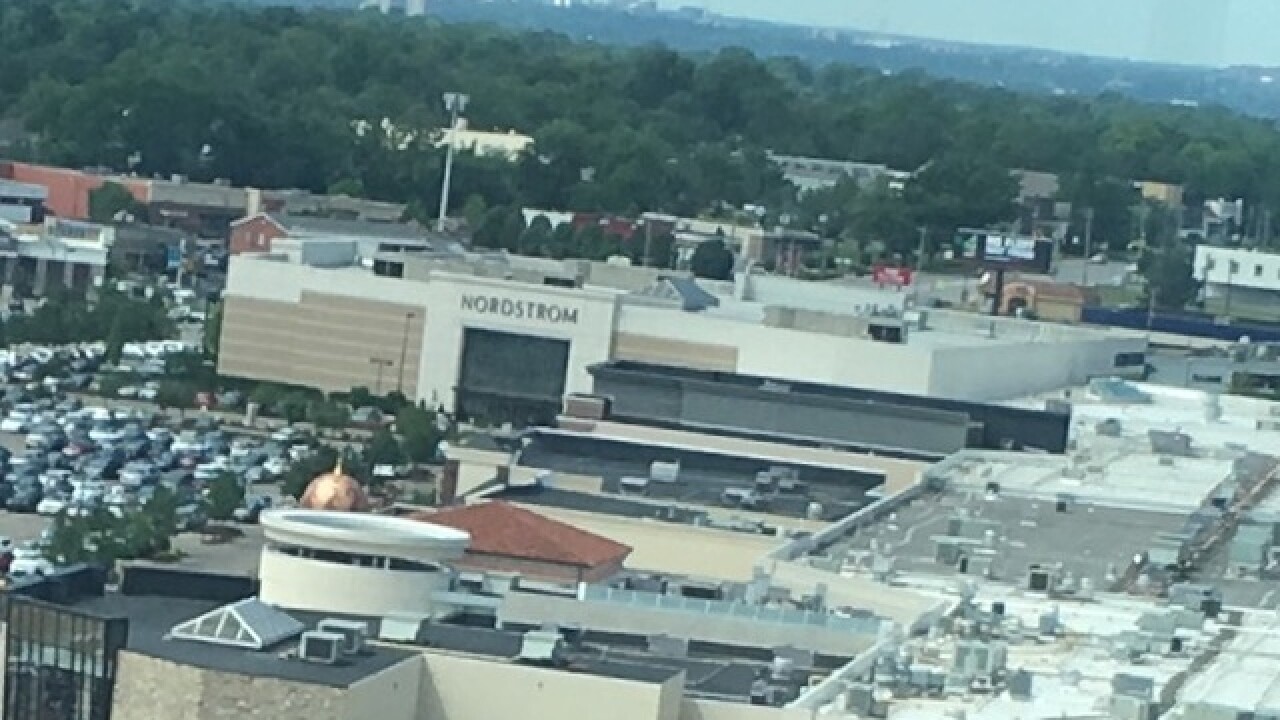 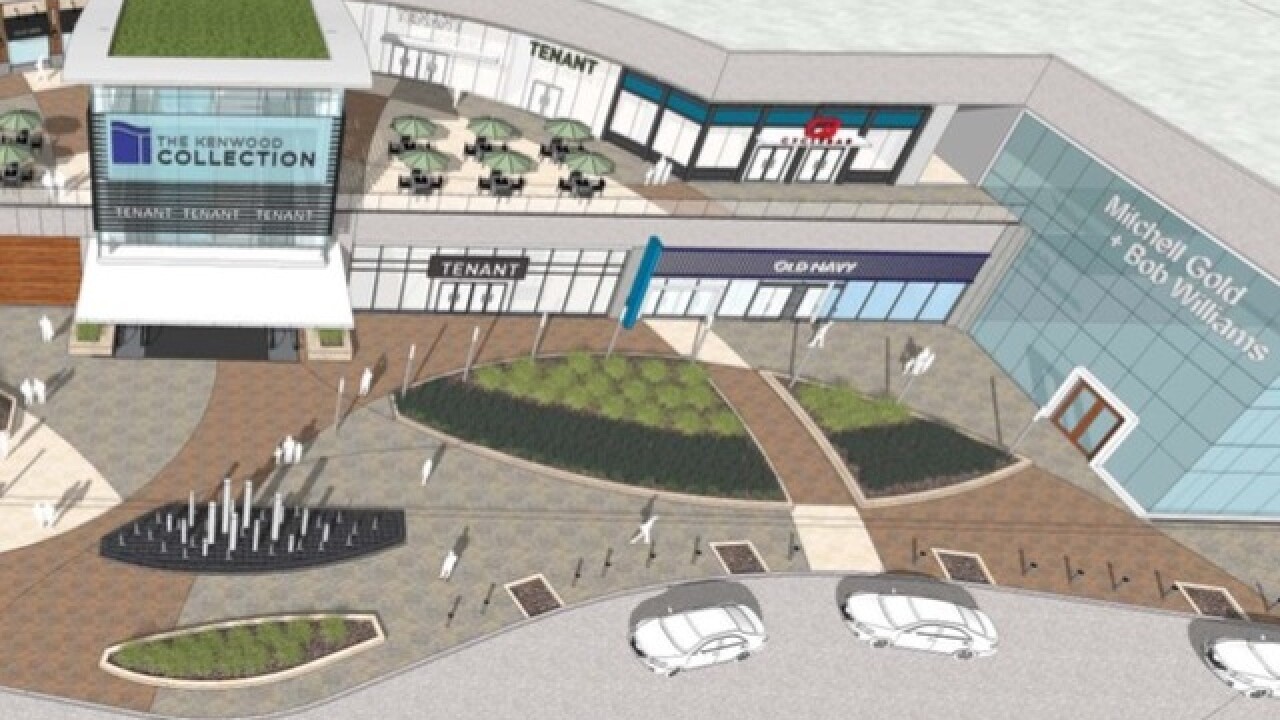 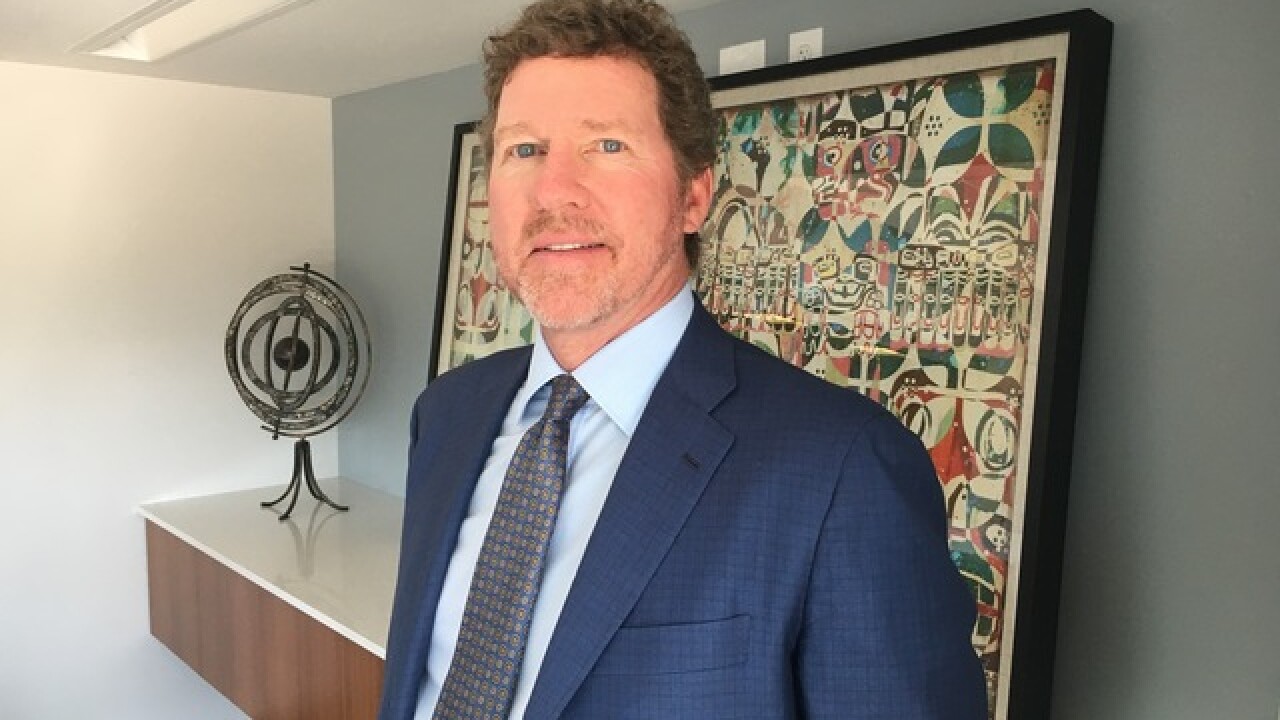 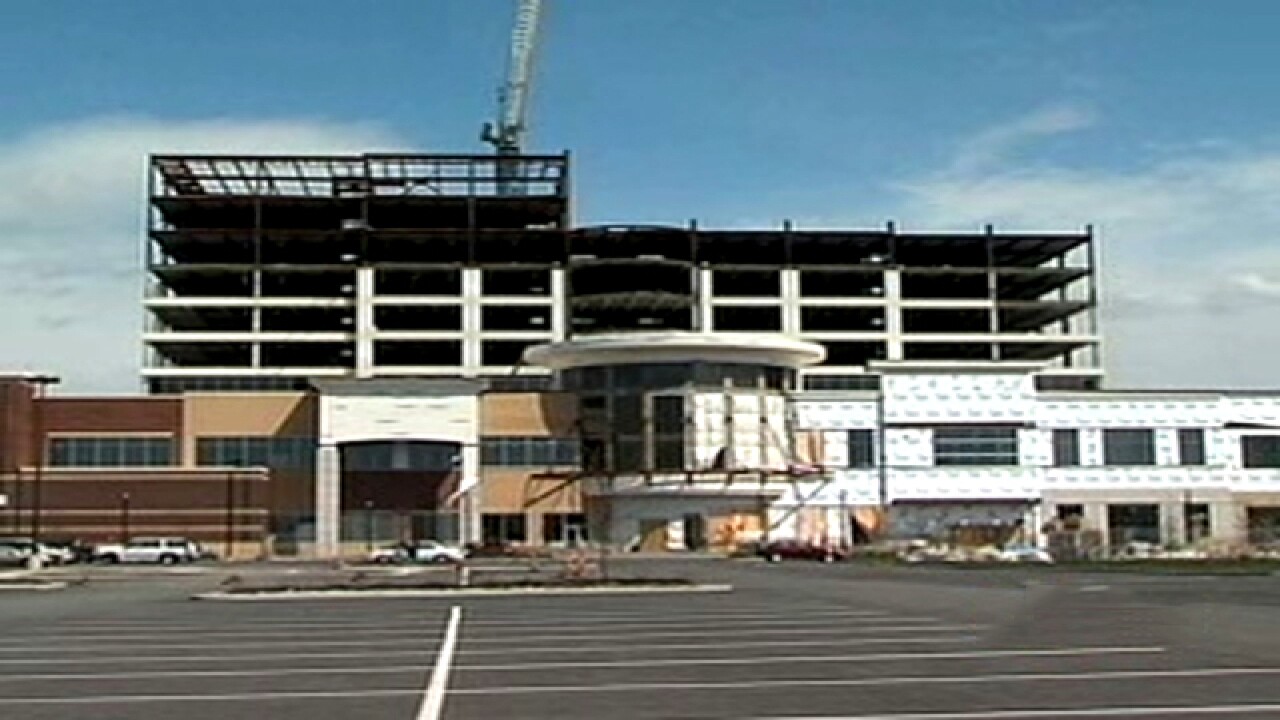 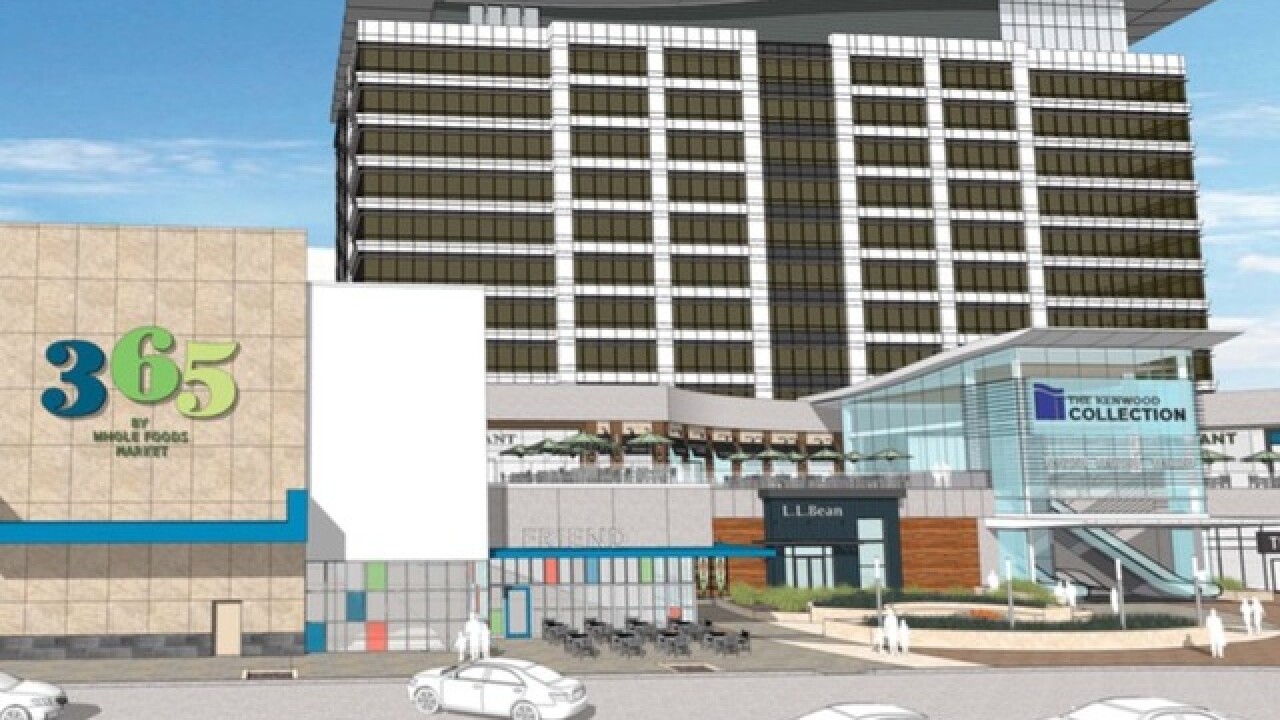 CINCINNATI - Once, it was a skeletal relic that symbolized real estate excess. Now, it’s “a legacy project” helping its developers attract $170 million from outside investors.

Developers of the Kenwood Collection say the project is more than 80 percent leased and assured of financial success. So, PECO Real Estate Partners is getting more selective in the recruitment of retail tenants. And it’s courting institutional investors for a new fund that aims to duplicate the Kenwood conversion at troubled retail properties across the country.

“It’ll be kind of the bellwether of what we do,” said Mike Phillips, CEO of PECO Real Estate Partners, also known as PREP. “It demonstrates everything we’re capable of doing with an asset in creating tremendous value in something that was really in trouble.”

PREP is a spinoff of Blue Ash-based Phillips Edison & Co., a real estate investment company that specializes in grocery-anchored retail centers. Phillips and Jeff Edison founded the company in 1991. It has raised more than $3.5 billion to assemble a 34-state portfolio of more than 320 shopping centers.

In 2007, Phillips started raising money for bigger, more complicated deals by launching a Strategic Investment Fund. High net worth investors have contributed $185 million to three funds since then. When Phillips raised $33 million for his third fund last fall, he decided to invite institutional investors, including insurance companies and pension funds. No money is raised to date, but Phillips said he’s talking to several investors about investments of up to $50 million. The goal is to raise $170 million from institutional investors and close Strategic Investment Fund III at about $200 million.

As the biggest investment in fund two, Kenwood Collection is a key selling point as Phillips courts those larger investors.

“It shows we can buy correctly and we’re disciplined as operators,” he said. “We have personal resources to execute on a plan that we’ve outlined. And we recognize how to maximize value once we’ve solved all these problems.”

From Eyesore to Icon

Anyone with an Interstate 71 commute knows the problems he’s talking about. Kenwood Towne Place was a $125 million big-box retail and office project that went belly up after lead developer Bear Creek Capital stopped paying its contractors in late 2008. As Bear Creek founder Matt Daniels battled bank fraud charges, his half-finished building gathered dust and rust. A PREP-led investment group bought it out of foreclosure for $27.5 million in 2012.

Next came a series of calculated risks that boosted the project’s total budget to $170 million. Although it’s not for sale and has yet to be appraised, PREP executives said Kenwood Collection is worth more than the sum of its parts.

“Based on what we know from office and retail income, it’s going to be worth a lot more than $170 million,” said PREP Vice President of Development Mark Wilhoite. “This is a legacy project that PREP wants to (showcase) as what we do. So, I believe it’s more of a long-term hold.”

It was definitely a fixer-upper that required some long-term thinking.

One of the first big decisions involved a $17 million investment to redesign the office building and enclose its skeleton frame.

It seemed risky at the time.

Not everyone was convinced that a suburban office building could fetch high enough rents to guarantee a return on that investment. But the building has since filled with insurance, technology and financial-service companies expected to employ 1,500 people.

The leasing agent who signed those tenants said Kenwood Collection locked in the highest office rents of any suburban building, higher than many Downtown properties.

“In Cincinnati, people need to kick the tires. They need to see it before they buy,” said Rusty Myers, executive vice president for Jones Lang LaSalle. “It clearly wasn’t easy to spend $17 million, but my hats off to (PREP). They just got it and knew what they had to do.”

From Saks to Whole Foods

The retail shell was slower to fill, as PREP initially tried to attract a luxury tenant mix aimed at attracting super-rich shoppers in a 500-mile radius. That plan unraveled when a deal to bring Saks Fifth Avenue to the site fell apart in 2014.

But PREP quickly shifted to “Plan B,” courting upscale restaurants and service-oriented retail tenants for a “lifestyle” concept that complements the office tower.

It was also about $50 million cheaper, leaving some room to entice those lifestyle tenants with several million dollars in new amenities. A new public plaza and outdoor-seating area increased the wow factor for its west-facing entrance. It’s another calculated risk praised by the project’s office broker.

“I’ve never been in a project where you cut away leasable space to improve a project,” Myers said. “At every turn, they did what was right for the project.”

Crunch Fitness, LL Bean, 365 by Whole Foods Market and Matt the Miller’s Restaurant and Tavern are among the anchors of the new lifestyle strategy. Now that they’re in place, PECO is shopping for an “interactive entertainment venue” to fill one of the four remaining retail spaces available. Examples might include an upscale bowling alley or another attraction that’s family friendly and new to the city.

“There are some big tenants that we’d have to subsidize but we like a lot,” Phillips said. “It’s outside of what our original budget was and the original plan. So, we’re kind of re-testing what we want to do there. There’s a value beyond the rental stream that comes with certain users.”

That kind of thinking is what sets the PREP team apart from other owners that Myers has encountered in his 27-year real estate career in Cincinnati.

“They’re one of the few groups that could have tackled this project,” said the Jones Lang LaSalle executive. “They had the retail expertise, knowledge of the office market and the financial resources to tackle it. What they accomplished with it blew my mind.”

Phillips said PREP may “monetize” the Kenwood Collection in a way that delivers a 15 percent return to investors in its second Strategic Investor Fund. That could mean a sale or trading the fund’s equity stake for stock in a public company.

In the meantime, as he talks to institutional investors, Phillips is already investing some of the proceeds from PREP's third Strategic Investment Fund. It has acquired properties in Knoxville, Tenn., and Seattle, Wash., with funds already raised. Phillips said he is close to a deal for “a big mall” on the East Coast, but wouldn’t identify the property or city involved.

And he won’t rule out an investment in an even bigger fixer-upper: Forest Fair Village.

“It is a property that interests us but we already have a pretty good concentration in Ohio,” he said. “It doesn’t really interest me as much from a retail standpoint as it does just from a pure real estate location standpoint.”

Phillips has some inside knowledge of the Forest Fair property, having negotiated a lease for the long-closed Bigg’s store on the region’s largest and most vacant retail center. He doesn’t think a large shopping center can ever be viable there, but sees some potential for apartments, assisted living and medical office buildings. He said PREP could get involved in Forest Fair as part of a joint venture.

“I think sort of a live-work-play community that has an interesting but small portion of retail with a community around it is probably good,” he said. “If it was offered to us, we’d look at it.”