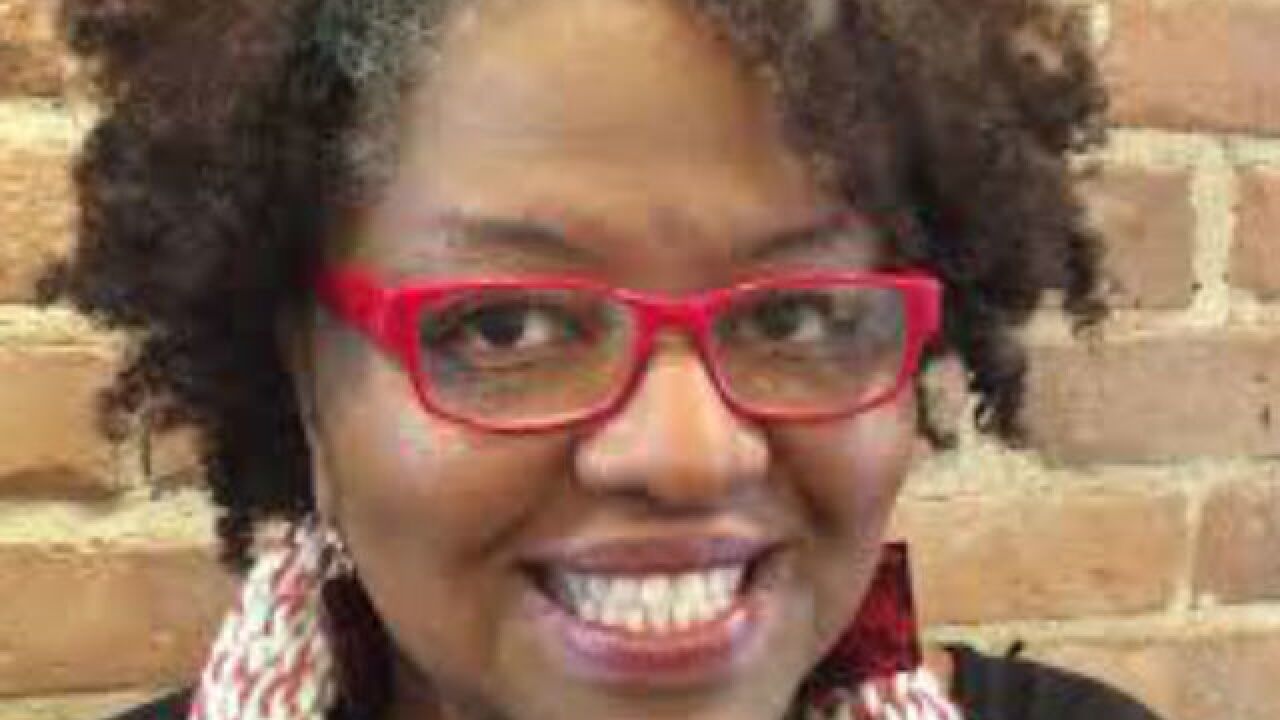 Copyright 2017 Scripps Media, Inc. All rights reserved. This material may not be published, broadcast, rewritten, or redistributed.
<p>Crystal Wilkinson</p>

Editor's note: An earlier version of this article incorrectly listed the date of the event in the information box at the bottom. The event is Dec. 7.

CINCINNATI -- Writer, poet and teacher Crystal Wilkinson grew up in central Kentucky with no indoor plumbing or running water. She also grew up in a loving home, surrounded by successful makers and verdant landscapes where her needs were more than met and her creativity flourished.

Now based in Lexington, the prolific writer-in-residence at Berea College will read at Lydia’s on Ludlow in Clifton on Dec. 7 as part of Cincinnati’s Urban Appalachian Community Coalition’s Literary Salon series. The focus of this year’s series is “Exploring the Boundaries of Appalachian Experiences.”

Wilkinson has written extensively about home, hillbillies, hollers -- and stereotypes -- throughout her award-winning career. And she has a message for anyone with a singular view of Appalachia and its people as “all white, poor, rural and mostly that we are all stupid and backward.”

She says that the stereotype of Appalachians as people who choose to live or remain trapped in abject poverty is both frustrating and demeaning. Her doting grandparents lived without indoor plumbing because they’d always lived that way, for example, not because they couldn’t afford the alternative.

“My grandfather was one of the most well-known farmers around,” Wilkinson explained. “I never felt disadvantaged.”

On the contrary, she sees the advantages of her country upbringing and its slower-paced life on a farm off a gravel road that winter snows would isolate for months at a time.

“There was a certain freedom of the landscape,” she said. “I was never bored. I roamed around on the land without fear, visited the animals, played in the creek. There was a new adventure every day.”

That heritage -- a pride in home, an understanding of the value of working with her hands and a distinctive Southern accent -- remains an influence on Wilkinson’s work.

She is a charter member of the Affrilachian Poets, a group that has been writing together and defying stereotypes about Appalachia since 1991. Former Kentucky poet laureate Frank X Walker coined the term Affrilachian to raise awareness of and inclusion in the diverse Appalachian creative community.

Her collection of short stories, “Blackberries, Blackberries,” which received the 2002 Thomas and Lillie D. Chaffin Award for Appalachian Writing, offers this glimpse:

Being country is as much a part of me as my full lips, wide hips, dreadlocks and high cheek bones. There are many Black country folks who have lived and are living in small towns, up hollers and across knobs. They are all over the South -- scattered like milk thistle seeds in the wind.

“I think (Affrilachian) means a lot of things,” Wilkinson said. “Depending on who I am talking to, my identity is somewhat fluid. Of course I’m black; of course I’m a woman. But then when it comes to geography, other people would say that where I am from is not Appalachia. Frank’s original idea transcended the region. It grew out of a desire to make those who have been invisible visible.”

Common themes of home and politics, both overt and individual, connect the expanded group that now includes members from Asia, Jamaica and Puerto Rico. “Sometimes it is more a state of mind than it is a geography,” she said.

During her stop in Cincinnati, Wilkinson will read from her novel, “Birds of Opulence,” which won the 2016 Ernest J. Gaines Award in Literary Excellence, as well as from a non-fiction work-in-progress that grapples with her mother’s mental illness.

“Crystal is a born teacher,” Hansel said, “generous, informed and razor-sharp when she needs to be in order to cut through preconceptions and murky analysis.”

Wilkinson currently juggles her writing and teaching at Berea College with small-business owner duties in Lexington. She and her partner, Ronald Davis, run Wild Fig Books and Coffee, a community gathering spot where conversation is encouraged. They intentionally located in the North Limestone neighborhood, in the midst of gentrification, to help spark and sustain challenging discussions including long-time residents and newer arrivals.