Without spending more, can Kasich stay in? 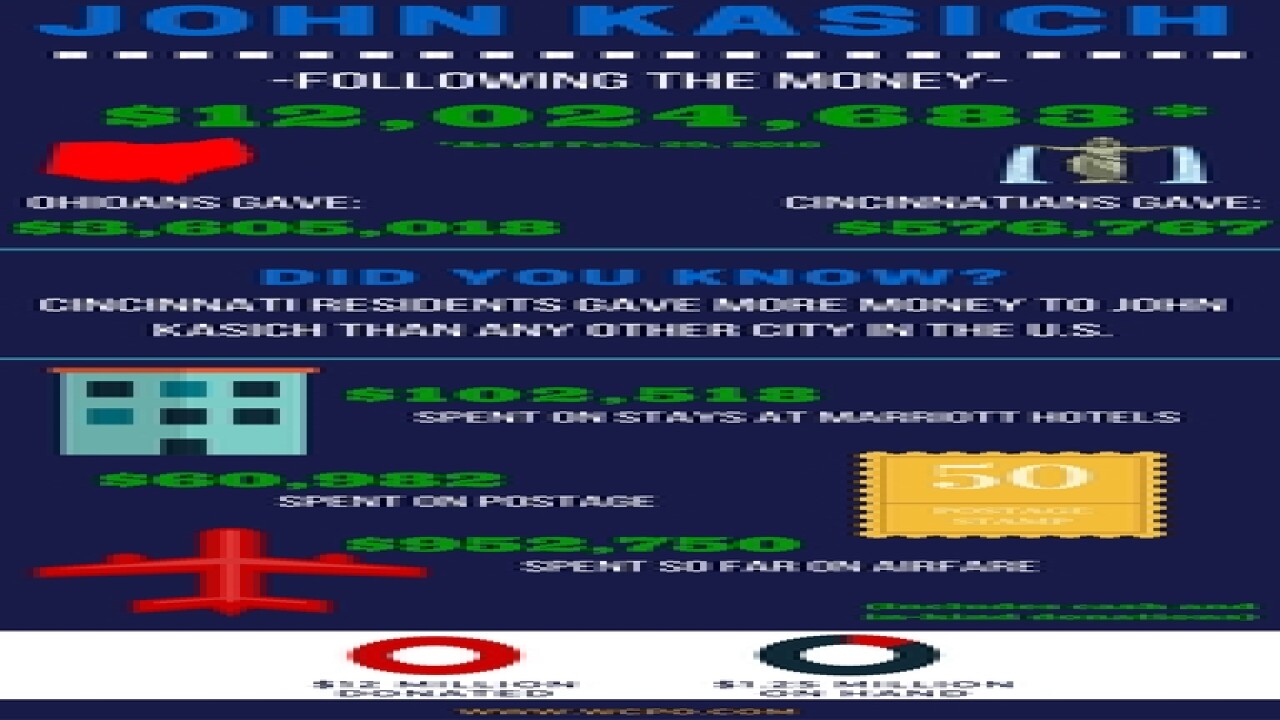 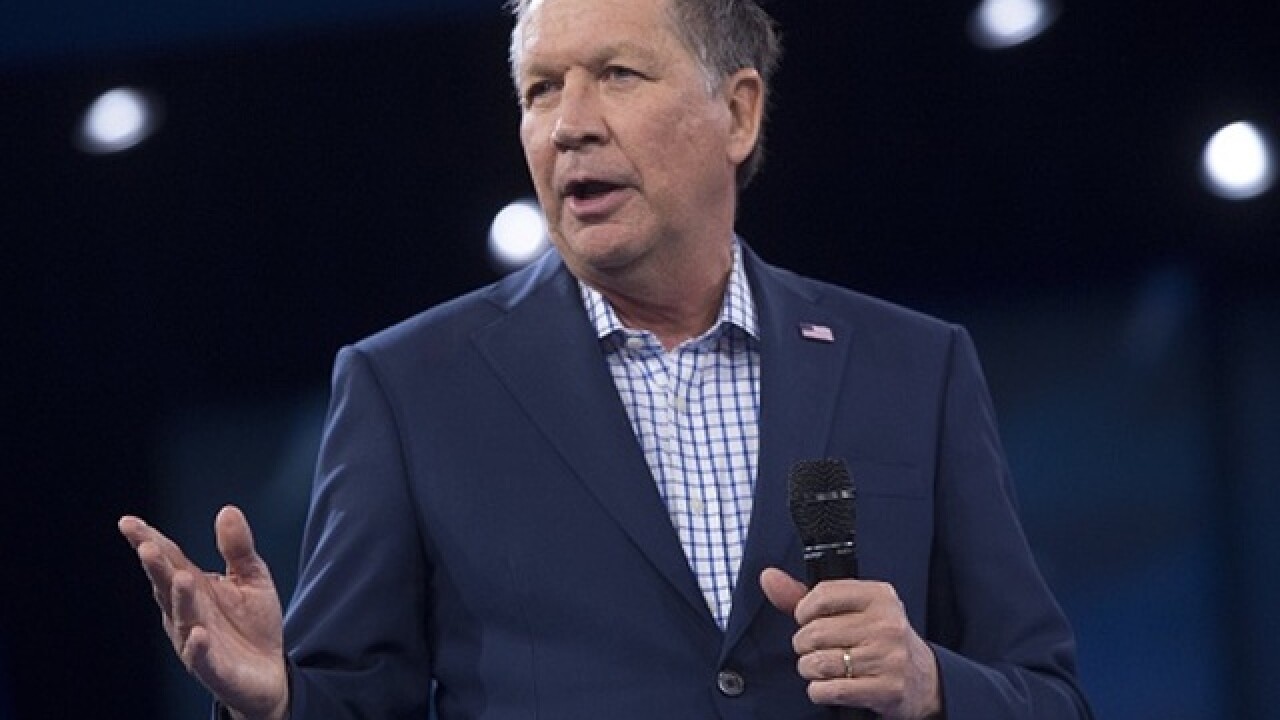 By: Amanda Seitz
Posted at 6:00 AM, Mar 30, 2016
Not only has John Kasich won just a single state in his bid for the White House, but he’s also spent far less than any of the presidential hopefuls still standing.
Kasich has no chance of winning the nomination outright but he hopes to have enough support – both financially and with voters – to stop Republican front-runner Donald Trump from securing the title at the Republican National Convention in July.
And to stick in the race until then, Team Kasich will have to stay frugal.
Kasich’s campaign had $1.34 million cash in the bank at the end of February. So far, his campaign has raised $12 million and spent $10.75 million of it. His campaign war chest looks more like a small battle chest next to the funds of Texas Sen. Ted Cruz – who’s raised $66 million so far – or the two Democratic presidential candidates who have a combined $285 million in donations.
“Kasich’s spent a lot less but he has fewer delegates and he’s won a lot less votes,” said Brad Smith, a law professor at Capital University. “He’s simply not competing everywhere. Cruz, Trump – they’re competing in every state.”
Smith said Kasich’s strategies of campaigning in the states where he has the best chance of winning or nabbing a few delegates has allowed him to compete with little money.
It’s a nontraditional approach: While most presidential candidates are campaigning across the country, Kasich is focused on a handful of states in the Midwest and East Coast.
“He’s running on fumes right now,” Miami University political science professor Chris Kelley said of Kasich’s campaign cash. “They’re going to have to spend zero in some states and more in other states. They’re trying to find the states where they’re likely to do better, understanding they’re not going to win, but hoping they can muddy up the works enough to deny Trump to get to 1,237 (delegates).”
Just this week his campaign announced it would no longer run ads in certain parts of Wisconsin, which holds its primary contest Tuesday.
The move had some wondering if Team Kasich was running low on cash. Not so, he fired back during a Monday town hall.
"We put our resources where we think we have the best chance, and that's all it means," Kasich said. "We're not running out of money or anything like that, but we're not going to spend money in places where we think the results won't be great."
While presidential hopefuls balanced campaigning in Iowa and New Hampshire during the months of January and February, for example, Kasich stayed in the Granite State to host more than 100 town halls. He finished second there and the days following that performance were some of the best for his fundraising so far in the race. He raised more than $2 million in the three weeks following New Hampshire.
Some of his biggest fundraising dates include: $464,457 on Feb. 16, a week after leaving New Hampshire, and $155,736 on Feb. 22, the day after he signed a bill into law that prohibits taxpayer dollars from funding any of Ohio’s Planned Parenthood clinics.
How much Kasich raised after his Ohio primary win is unclear because campaign finance reports won’t be available until next month.
Still, the strategy of cherry-picking states with his small campaign wallet could still pay off for Kasich, said Jared Kamrass, a political strategist at Cincinnati-based Rivertown Strategies.
“Normally, I would say it couldn’t,” Kamrass said. “But, this is a strange year. He’s not gunning to win the nomination outright. He’s gunning to make himself the consensus choice."
Want to see where all of the presidential candidates are spending money? Follow the money with our searchable campaign finance database.
Scripps Only Content 2016