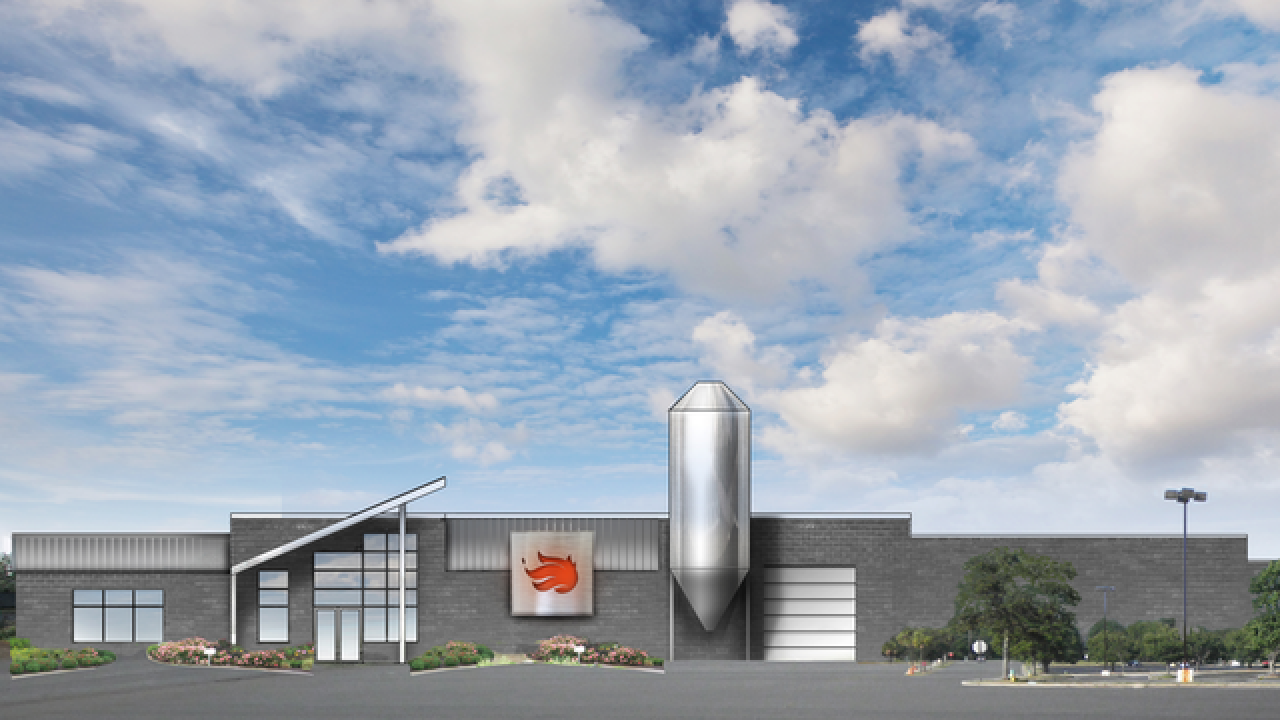 Copyright 2018 Scripps Media, Inc. All rights reserved. This material may not be published, broadcast, rewritten, or redistributed.
<p>Architectural rendering for Karrikin Spirits Co., which will open in this fall in the village of Fairfax. (Provided)</p>

FAIRFAX, Ohio – Karrikin Spirits Company plan to take craft cocktails to a whole new level when it opens this fall, according to one of its founders.

"I think one of the most interesting things is that everything will be made in-house," said John Pattison. "That will include the mixers and sodas as well as well as the spirits."

Karrikin will be located inside a 30,000-square-foot facility at 3717 Jonlen Drive in the village of Fairfax. Build out on the location is set to begin this week, Pattison said. The facility will open with a 1,000-gallon pot and column still from Vendome Copper & Brass Works of Louisville, along with a 30-barrel brewing system from W.M. Sprinkman Corp.

Pattison said the distillery's name "Karrikin" is the same as the compounds found in the smoke of a forest fire that stimulates dormant seeds to sprout and promote new growth.

Some of the first spirits Karrikin will produce include gin, mescal (a type of tequila), vodka and rum, Pattison said.

"Gin will be a mainstay," he said. "We'll have a spin on it. Down the road, I think we'll be doing some brandies, along with barrel-aged scotch."

The distillery will also feature a full-service bar, quick service bar and restaurant with a wood-fired grill. The restaurant will serve an eclectic menu of shareable plates that pair with house drinks created by Florea.

"Experiencing life through food and beverage is my passion," Florea said. "I love Cincinnati and this industry. I'm fortunate and excited to be part of a team that has the same values.”

Hunt brought Florea and the other Karrikin founders together about two years ago with the idea of opening a distillery and restaurant, said Pattison. As the creative director at marketing firm Project Red, Pattison said he first worked with Hunt on branding for MadTree when the brewery launched.

"I started in the craft industry with a love of beer, but it grew into a love of flavors," Hunt said in a media release. "A love of crafting new things. With Karrikin comes the ability to expand and grow new craft beverage categories as well as diversify and mature in that creative process."

Karrikin will distribute its spirits to local bars, restaurants and liquor stores as well. Pattison said after the restaurant and distillery open he and his partners plan to open on-site event space people can reserve for private events.