Want to have photos but not necessarily take them? Kandid.ly has a social media-friendly solution 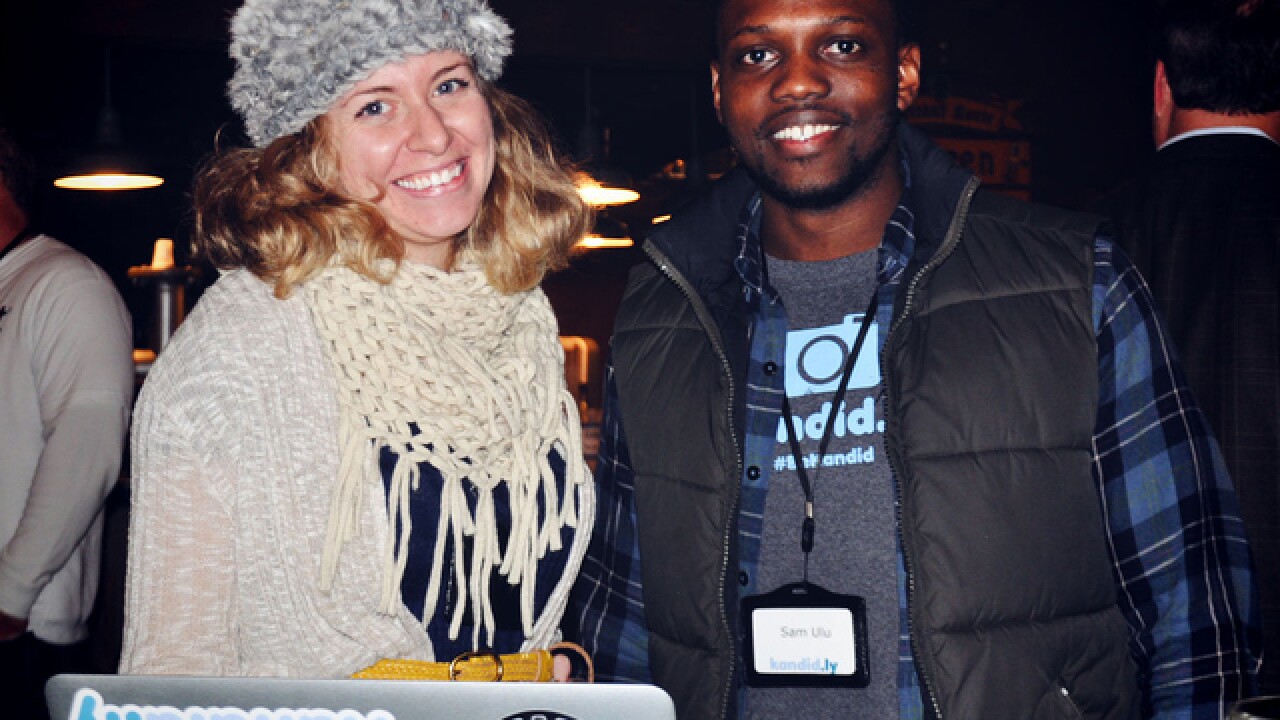 Northside resident Maria Walley, a co-founder of the startup Kandid.ly, likes to say her business bridges the gap between selfies and professional photographs.

Kandid.ly is a marketplace where photographers peddle their services and customers hire them to record their special events. Customers pay from $30 to $70 an hour for the service, which is cheaper than the hundreds of dollars an hour most professionals would charge.

The idea is to promote photography and help freelance photographers perfect their art, on the one hand, and on the other to expand the market for professional photography into events people don’t traditionally hire photographers for, such as a child’s birthday party.

“Social media has made us an increasingly visual culture,” Walley said. “The easiest way to show how life is going is through photos.”

At the website, customers give the details of the event they want photographed and are given recommendations for photographers who might want to shoot it. Then Kandid.ly sends invitations to the photographers they’re interested in, and the photographer who responds quickest gets the gig, Walley said.

To join the site, photographers sign up, upload some of their work and set an hourly rate. About 75 have signed up in Austin, Texas, and about 50 in the tri-state region, the metro areas where Kandid.ly is actively marketing its services.

How does the business make money?

Walley declined to say how much revenue the company’s earning, but she did say it’s not making a profit yet. To this point, most customers are young mothers, she said.

Co-founder Sam Ulu, whom Walley met at a local networking event, came up with it after reading a Wall Street Journal article, “Don’t Forget to Pack a Photographer,” about hotels and resorts offering photography services to vacationers. Originally from Nigeria, Ulu studied aerospace engineering at the University of Cincinnati, then worked at Procter & Gamble briefly before joining a local startup called inno360.

Walley declined to say how much total investment the company’s received, but did say that Colorado-based startup accelerator Techstars invested $100,000. Local investors include Queen City Angels and Connetic Ventures.

In May, the company graduated from the Techstars accelerator in Austin, which is why Ulu and the third co-founder, Bill Doughty, work in that city.

They liked the team, especially Ulu, whom Schwartzfarb called a “very intelligent, strategic-thinking person who also knows how to execute.”

They also liked the idea.

“This struck me as something that should exist,” Schwartzfar said.

Expanding into other cities is something Walley hopes will happen in 2017.

“We wanted to perfect the bookings system before we (go nationwide),” she said.

What challenges have they faced?

Having Walley in Cincinnati and the others in Austin is one issue.

“Everything hinges on making sure we’re on the same page,” she said. “Communication is a little harder.”

But it’s been great for her, as a new mother, because she can work out of her home. She also works from the HCDC Business Center in Norwood.

Owning a business is new to Walley, a fine arts major who previously did marketing for the local office of the Kreller Group, which does due diligence and credit investigations.

With Kandid.ly, her role is much less well-defined. “It’s a different thing every day,” she said, which is awesome, but “it can be a little bipolar.”