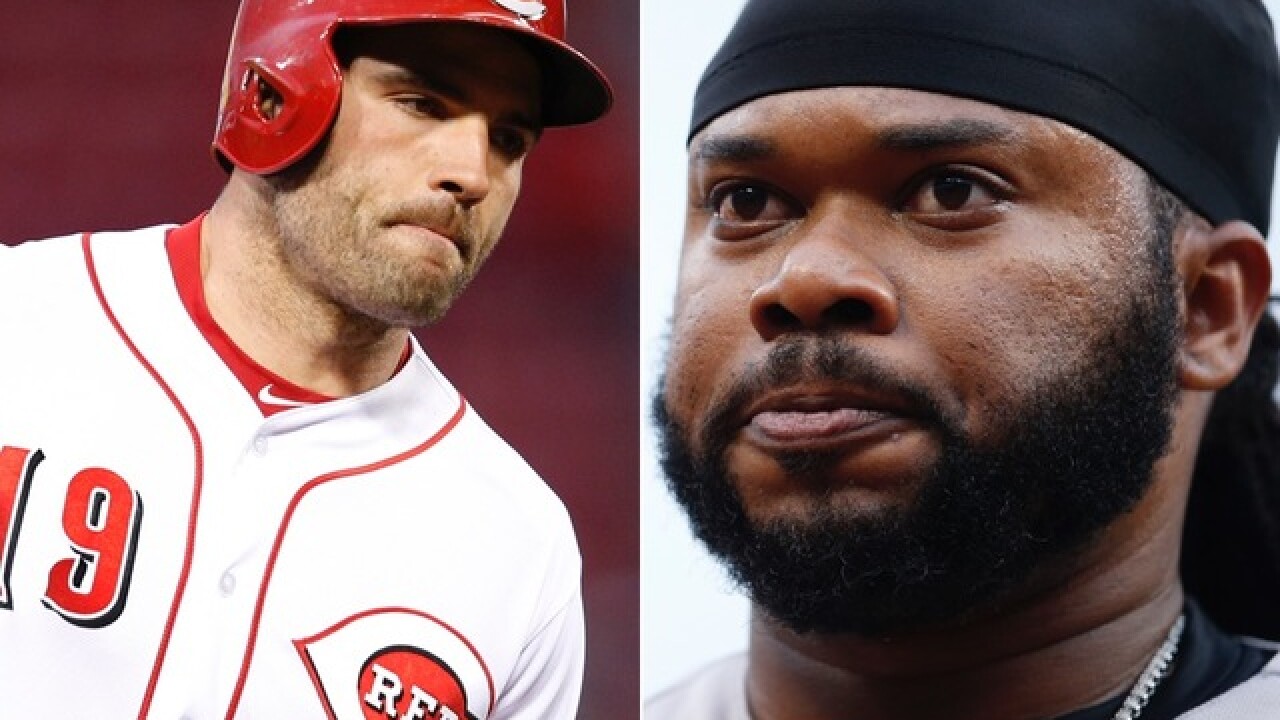 CINCINNATI — Joey Votto and Johnny Cueto had a conversation on their first big league Opening Day. It was 2008.

“We had a little chat about what we were going to do together,” Votto said. “It came to fruition. We had really good memories together. It was really fun playing with the guy. Not only as a man, but he’s such a great player — such a great competitor.”

We know now that 2008 was the start of the long climb back to respectability for the Reds. Cueto and Votto were instrumental in the turnaround that led to playoff appearances in 2010, 2012 and 2013.

The Reds are rebuilding again. Votto is still here and will be through at least 2023. Cueto was back in town Monday with the San Francisco Giants, starting against his old team for the first time.

The trade of Cueto in July signified that the Reds had gone into the full rebuild mode. Cueto was about to be a free agent, and the Reds knew he would be too expensive. That turned out to be true when he got a six-year, $130 million deal with the Giants.

“He was here for eight years,” Price said. “His best years were here. He’s coming off a World Series with Kansas City. He got a very nice, well-deserved contract with San Francisco. He’s in a good place. We certainly would have loved to have him here. It just wasn’t going to be feasible. We all know that.”

Cueto was not at his best Monday. He allowed six runs in the Giants’ 9-6 win over the Reds. The Reds batted around  in the third inning, highlighted by Votto's three-run homer.

“I don’t really know what happened,” Cueto said. “I was leaving my pitches too high and paying too much attention to (Billy) Hamilton (on second).”

Cueto was great warmly by the fans early in the game, but he got a “Cue-to” chant when he got in trouble.

With Cueto back in town, it’s fair to ask: Is this 2008 all over again? And are the Reds a couple of years from turning it around?

But it’s not hard to see that the Reds don’t have a young Votto on the roster. Votto finished second in the National League Rookie of the Year vote in 2008. Two years later, he was the NL MVP.

The Reds don’t even have a young position player from the system on the 25-man roster. The hitter with the best chance to develop into a Votto type is Jesse Winker. He likely won’t be in the big leagues until September.

There isn’t likely a future Cueto on the 25-man roster, either.

The Reds have a wealth of young pitching talent. They got Brandon Finnegan, John Lamb and Cody Reed for Cueto in the trade with Kansas City. Top prospect Robert Stephenson and Reed probably have the best chance to develop into a legitimate ace like Cueto.

But it’s not a given that either will. After all, the Reds went 35 years without an ace until Cueto turned himself into one.

Another thing to remember about 2008: It turned out to be the seventh straight losing season for the Reds. So they were trying to turn things around for years. None of the rebuilding jobs worked until ’08 got them on the right path.

Again, whether they’re on the right path now is impossible to say. Just as it was impossible in 2008 to predict that Cueto and Votto would turn out to be what they became.