John Curley's Ultrasuede Studios folds after 25 years, but merges with The Lodge in Dayton, Kentucky 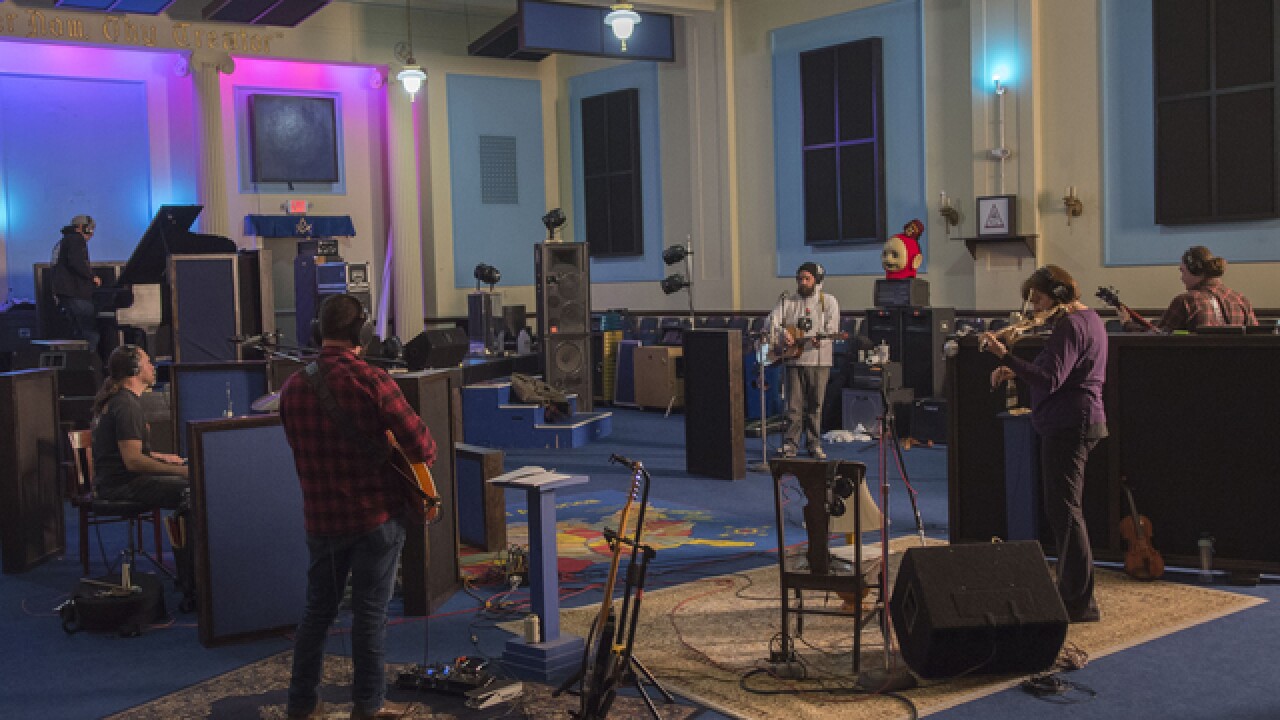 Copyright 2018 Scripps Media, Inc. All rights reserved. This material may not be published, broadcast, rewritten, or redistributed.
Provided
<p>Arlo McKinley at The Lodge in Dayton, Kentucky. (Photo provided by Scott Beseler)</p>

CINCINNATI -- The end of an era came quietly in March, when Afghan Whigs bassist John Curley turned off the lights at his beloved Ultrasuede Studios complex on Spring Grove Avenue after more than a quarter-century.

The cozy recording studio, which mostly catered to local acts, was forced out when the building that housed it was sold and the new owner did not renew the lease, putting Curley in search of a new space.

"It wasn't a good time -- it was actually a really bad time," Curley said. "I was getting ready to go on tour (with the Whigs) -- I got a month's notice and barely got everything out of there on time. It was not cool what happened."

He noted that the end came almost 25 years to the day after he opened shop, with a number of sessions still on the books when the final piece of equipment was shipped off to a storage facility. Luckily, the answer to his unexpected loss was less than 20 minutes away, across the river in Dayton, Kentucky, at The Lodge.

Curley was already friendly with Lodge owner Scott Beseler from their mutual friends on the local music scene and the many times Beseler had photographed sessions at Ultrasuede over the years.

"Scott reached out to me when he heard what happened and was very generous in offering me a place here, and I'm very enthusiastic about the possibilities," Curley said.

The flip from the intimate Ultrasuede to the sprawling Lodge is a perfect metaphor for a larger societal sea change: Baby boomers and busters shifting from comfortable, long-term career jobs to the "gig economy," where 40-hour-a-week careers with benefits are a thing of the past.

Where Curley focused on giving beloved bands such as Wussy, the Greenhornes and Vacation (plus hundreds of others) a place to record their albums (and maybe hang out a bit between takes), The Lodge is a multimedia, multifunction playhouse that offers bands the kind of soup-to-nuts experience they can't typically get in big-city recording meccas like New York, Los Angeles and Nashville.

In addition to the standard recording and mixing options, owner Beseler and his partner, Dr. John Wirick (aka Johnny Walker, formerly of the Soledad Brothers), provide that experience, from an intimate performance space to photo and video shoots, press kits, a T-shirt and concert poster printing service, as well as their newest wrinkle: a VR experience generator.

"We were trying to create a place where all my different creative friends would be able to put aside their excuses for not doing something and have all the tools to get things done," said Beseler, the official photographer for Northern Kentucky University's marketing department and a busy freelance photographer around town.

"To be able to bring John in now is at a perfect point for us … because joining forces will bring us up to where we can compete with any studio around here."

Although Curley is clearly annoyed that the Ultrasuede ride ended before he was ready to bail on the wave, his ease with Beseler is apparent in the way the men happily sit side by side on a worn couch in the studio complex's upper-floor recording room and lay out their joint vision.

Curley, a soft-spoken married father of two teenagers with a shock of close-cropped gray hair, is unseasonably overdressed in black pants, shoes and shirt, and a gray hoodie while lounging in the complex's upstairs control room. With three decades of rock under his belt, he appropriately looks the part of settled rock elder statesman next to the ready-to-try-anything Beseler, 40. Dressed more casually in army green pants, Birkenstock sandals and a short-sleeve button-down, Beseler sports a shaggy beard and a head of curly, floppy brown hair.

Their rapport was evident moments after Curley arrived at the 100-year-old brick building tucked into a mostly residential strip of houses, when Beseler asked where his new partner had been lately on tour with the Whigs. That prompted the amiable bassist to do a happy geographic dance across a large rug map on the floor of the high-ceilinged main recording space, starting on the East Coast, shuffling his way through the South, Southwest, up to the Northwest and, with a quick jump, up to Toronto before hopping off with an exaggerated huff.

The former Masonic lodge looks solid, if unexceptional, from the street, but inside it is full of fascinating nooks and crannies as Beseler walks a visitor through its three floors of varied artistic spaces.

There's a former boiler room that houses a T-shirt press; a closet full of spray paint can storage for mural collective Xylene; a corner piled high with stacks of vintage vinyl from local record store Torn Light; a darkened studio space tucked behind a secret door in the photo studio that houses gear belonging to DJ/producer Yusef Quotah; and an upstairs painting studio. The building is alive with creativity.

The Lodge also has a liquor license, which allows Beseler to serve cold beers during live events, a place for bands to crash just blocks away at Wirick's home and soon the ability to offer fresh, gourmet food courtesy of his fiancee, chef Amanda Bowman.

With the only real regional competition coming from former White Stripes leader Jack White's Third Man Records space in Nashville, which has a record store, record label offices, photo studio, dark room, recording studio and performance space, Beseler hopes the Lodge's many offerings, as well as the cachet of having Curley on board, will help draw more and bigger names.

"Cincinnati didn't really have that until Scott started doing the thing down here," Curley said of the wide range of offerings. "It was something I saw a need for and would have liked to have done with Ultrasuede, but it was too much to do. It was a full-time job just doing the studio."

The plan is for Curley to slowly bring over his massive supply of digital and analog recording devices, integrating them into the already impressive warehouse of equipment at the Lodge. Beseler said he and Wirick have sunk close to $150,000 into the building since he purchased it in 2011, but for now Curley will not be making a financial commitment to the studio; instead he'll share in the revenues from the sessions he produces.

"That's what I'm realistically excited about being down here … going after bands from other cities … it's super exciting," said Curley.

The 9,000-square-foot Lodge -- whose nearly 3,000-square-foot main recording room is larger than the entire old Ultrasuede complex -- already has hosted an impressive array of sessions by DAAP Girls, Wussy and Walk the Moon, who filmed their "Different Colors" lyric video and wrote their breakthrough 2014 "Talking is Hard" album on site.

Its new era will begin next week, when Curley hits the ground running with his first Lodge session.