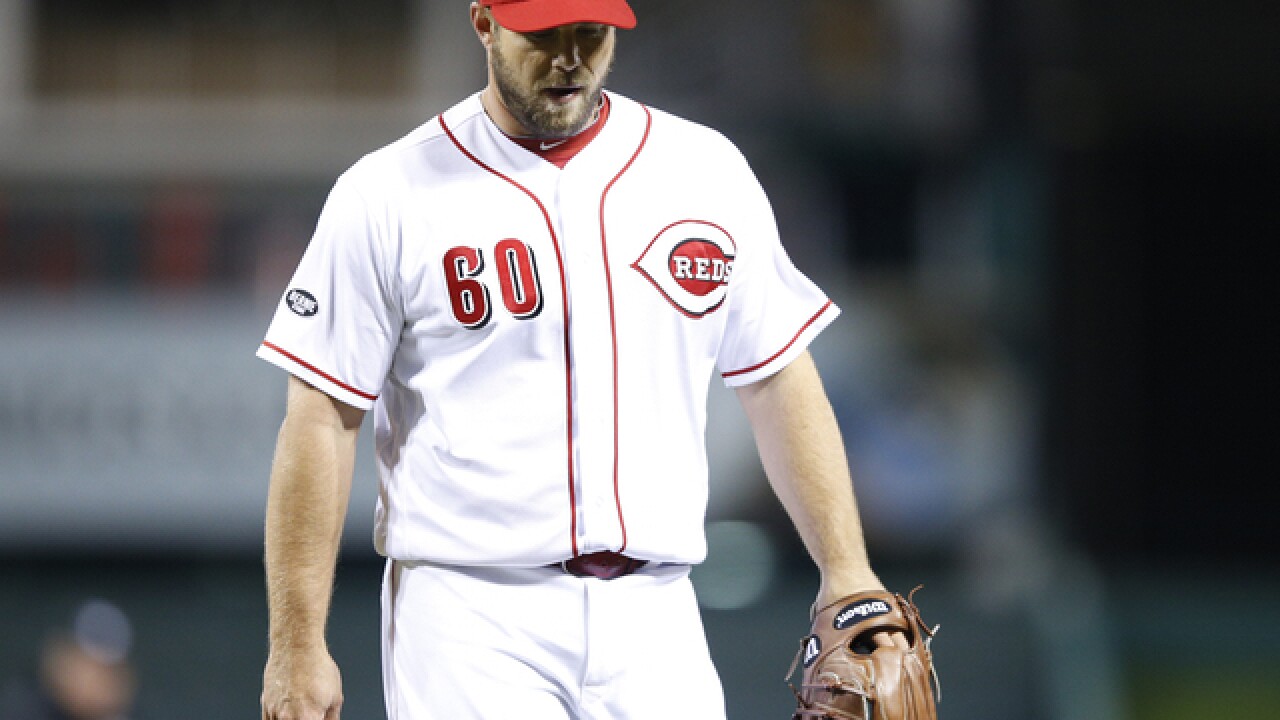 Joe Robbins
<p>CINCINNATI, OHIO - APRIL 08: J.J. Hoover #60 of the Cincinnati Reds walks off the field after giving up a go ahead grand slam to Starling Marte of the Pittsburgh Pirates in the eighth inning of the game at Great American Ball Park on April 8, 2016 in Cincinnati, Ohio. The Pirates defeated the Reds 6-5. (Photo by Joe Robbins/Getty Images)</p>

That’s why the demotion to Triple-A was not hard to take even though he started the year as the Reds closer and had more than three years in the big leagues.

Hoover wasn’t getting the job done to a stunning degree. He was 0-1 with 14.34 ERA for the Reds. He had allowed 19 hits, including six home runs, in 10 2/3 innings with six walks and seven strikeouts.

The most alarming number was the home runs. Hoover, the 29-year-old right-hander, gave up seven home runs in all of last year in 64 1/3 innings last year.

So the demotion came as no shock. Hoover accepted it, although it obviously was disappointing.

Hoover thinks he’s figured out what led to his struggles.

“Somehow my mechanics got a little out of whack,” Hoover said. “I’m trying to get those back to where they’re normally at. When my mechanics aren’t right, my stuff is just not the same. I’ve been making the adjustment. I’m real happy with the way I’ve been throwing the ball.”

Good mechanics help pitchers throw harder. They given breaking balls more bite. They help with command. But none of that was what got Hoover sideways.

“We looked to some video from 2012 when he was really good,” said Louisville pitching coach Ted Power. “We noticed a few things he was doing that he wasn’t doing as well or as consistently now. His last outing was really good. J.J. has a deception in his delivery so hitters don’t pick up the ball so quick. He got away from that for whatever reason. Now, he’s recognized it. He did well in his last outing.”

Four of Hoover’s five outings since demotion have been scoreless. He gave up runs in eight of his 12 outings with the Reds. Hoover think that goes back to mechanics.

“(Bad mechanics) take everything away,” he said. “When my mechanics aren’t right, I show the ball to the hitter. I lose my deception. I’ve been able to get that back. (My last outing), I was putting the last piece of the puzzle of my mechanics back together. I’ve kind of been reworking them from the ground up. It’s going good.”

Hoover has also lost some velocity from last season. His fastball average 93.4 mph last year, according to fangraphs.com . He was averaging 91.9 when he was demoted.

Power sees no quick fix for that. But he think Hoover can be effective once his deception returns.

“His velo isn’t up to what it was,” Power said. “We’ve seen something with that. That’s going to take some time. If he’s got the deception, that will get him back to big leagues quicker than the extra three or four miles on his fastball.”

Having Hoover return and throw like he has in the past would be a huge boost to hapless Reds bullpen. Hoover was coming off a terrific year. He went 8-2 with 2.94 ERA last year.

He thinks he can get back to that — and soon — but he knows he’s going to have to put together a string of good outings for the Reds to give him another chance.

“I’ve been making some good progress,” Hoover said. “I’m feel like I’m getting closer to being ready to be back. I’ve got to just keep putting up zeros.”