From home to Shalom: A Cincinnati woman's visit to Israel marks a first for a local Jewish group 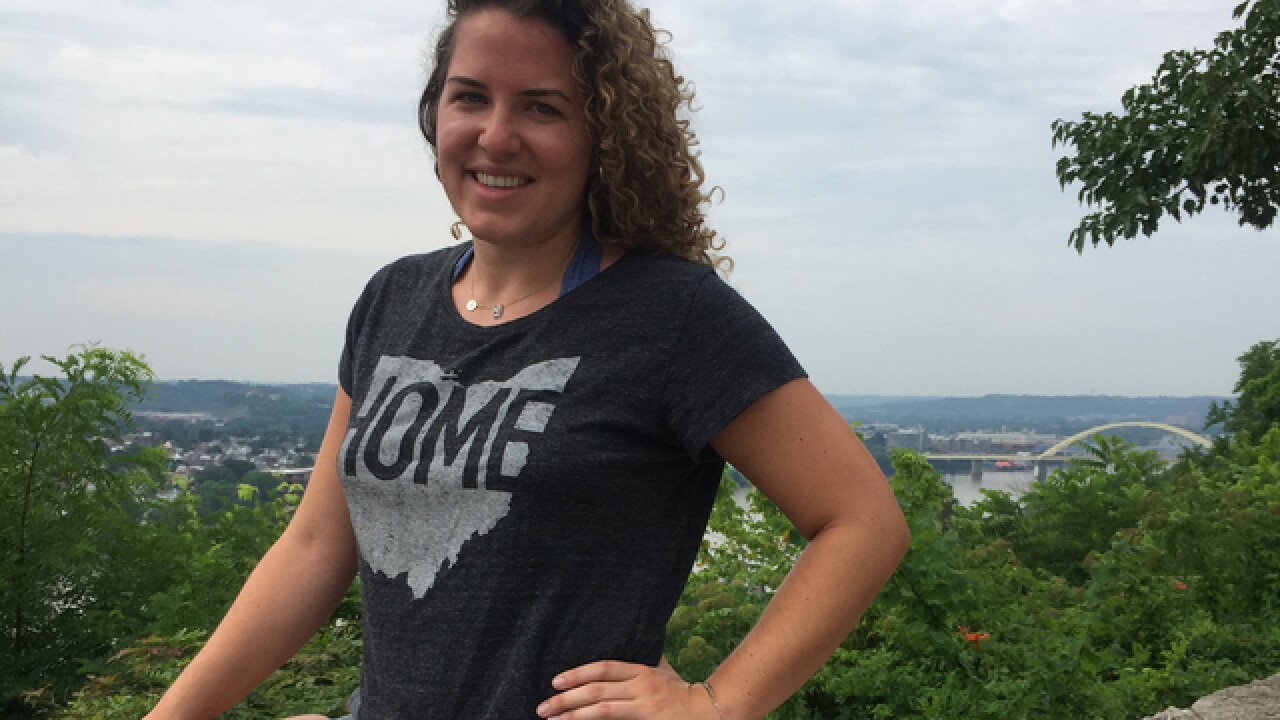 Copyright 2017 Scripps Media, Inc. All rights reserved. This material may not be published, broadcast, rewritten, or redistributed.
Contributed
<p>Wyoming High School and Ohio State University grad Brianna Pecsok, 25, is going to Netanya, Israel, as part of the Jewish Federation of Cincinnati’s Friends of Israel program.</p>

CINCINNATI -- Here’s something you might not know, especially if you’re not Jewish: Close to 90 percent of Jews worldwide live in either the United States or Israel.

About seven million Jews live in the United States and an equal number in Israel, said Shep Englander, CEO of the Jewish Federation of Cincinnati.

It’s like having one family in two homes, said Sharon Spiegel, who directs the Youth Israel Experience for the federation.

The federation wants to help strengthen Jewish peoplehood by connecting people in both countries, Spiegel said. For 20 years, it’s cultivated people-to-people contacts with the Israeli town Netanya through its Partnership2Gether Committee.

For the past 13 years, its program called Chaverim m’Israel, or Friends from Israel, has brought to Cincinnati two post-high school students from Netanya. They spend a year here sharing their stories with locals and learning about American life.

This year, for the first time, the reverse is happening: The federation is sending a local grad to Netanya for a year. It’s the first U.S. Jewish federation to do so, Englander said.

That local grad is Brianna Pecsok, 25, who graduated from Ohio State University with a degree in international relations and a minor in Hebrew and nonprofit studies.

Pecsok also graduated from Wyoming High School in Cincinnati, where she was a cheerleader. Her home synagogue is Isaac M. Wise Temple, a pillar of Reform Judaism. But after graduating from Ohio State, she served as coordinator of youth and family programs at Adath Israel in Amberley Village, which practices Conservative Judaism.

In her spare time, Pecsok runs her own special events photography business, Brianna Irene Photography. She also does AcroYoga, an acrobatic form of partner yoga.

She’s already visited Israel three times. On her wrist, she wears two bracelets she purchased there. One is a hamsa, a trinket traditionally used to ward off evil. The other is a circular piece with the first few words of the shema, one of the central prayers of Judaism.

The federation was looking for someone who knew how Jewish communities develop and grow, as well as someone who could feel comfortable living in Israel, Englander said. It also wanted someone who was outgoing, friendly and a good educator.

“When we started talking to Brianna, it was clear she was the right person,” he said.

In Israel, Pecsok will be part of the Israel Teaching Fellows program of Masa Israel Journey. She’ll live in an apartment building with other Fellows and work with English classes at a junior high school.

She plans to use the U.S. holiday calendar as a basis for her lessons. It’s a good entry point for teaching Israelis about cultural differences, she said, but also a good way to show how each holiday can be seen through a Jewish lens.

“For instance, Martin Luther King Jr. Day could be a poignant lesson on the intersection of Judaism and civil rights,” she said.

Outside the classroom, she’ll volunteer with youth groups, scouts and a young professional group called HaGag.

During her first six weeks in Israel, Pecsok will take intensive classes in Hebrew. She hopes to come home speaking the language fluently.

She also wants to deepen her understanding of day-to-day life in Israel, and to reconnect with some of the friends she’s made on her previous trips.

“If I can bring a light of positivity into a broader world, I will do what I can,” she said.