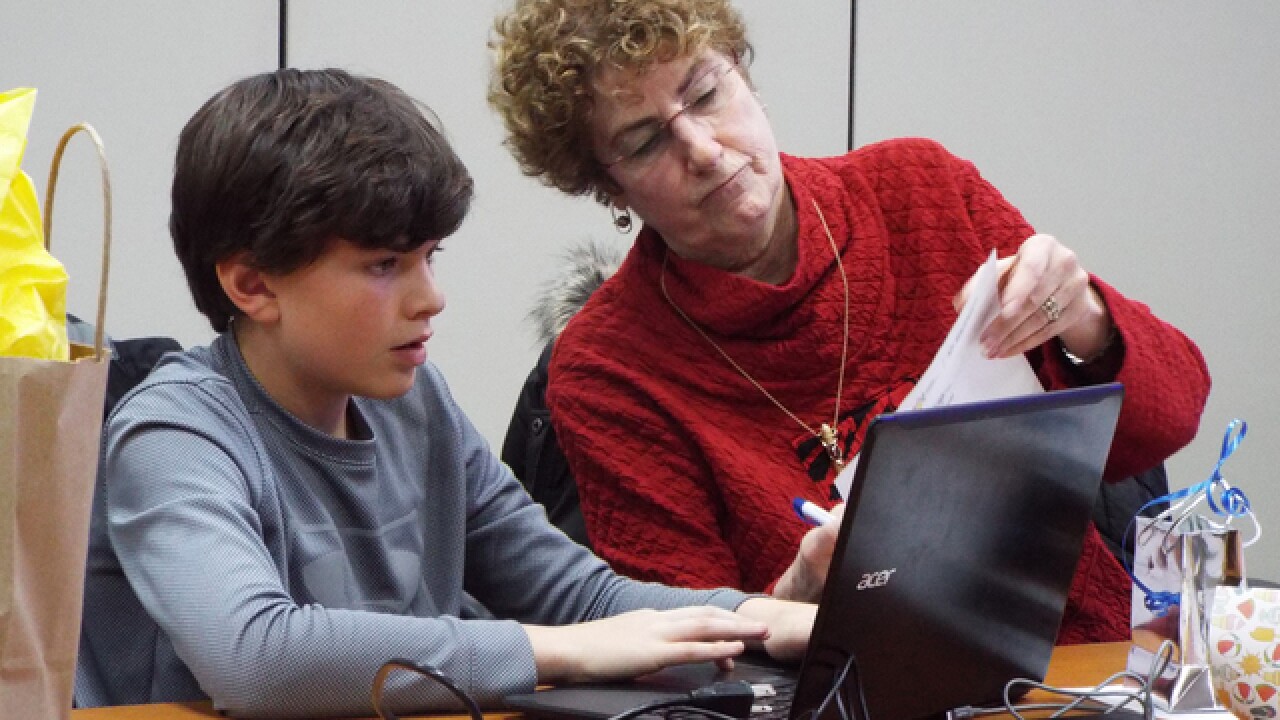 How much influence does a grandparent have over his or her grandchildren?

A lot, says the Jewish Agency for Israel, a Jerusalem-based organization that helped found Israel and continues to connect Jews worldwide with that country.

The agency recently began G2: Global Intergenerational Initiative, a yearlong program designed to bring together Jewish grandparents and their pre-teen grandchildren. The program's been rolled out in eight cities worldwide, including Cincinnati and its sister city in Israel, Netanya.

"Grandparents have been identified as a leading influence in creating a Jewish identity in their grandchildren, which is why G2 has the power to impact the next generation," said Andrea Arbel, director of the partnership unit at the agency.

The program involves monthly facilitator-led peulot (sessions) in which grandparents and grandchildren come together to talk about their Jewish heritage and values. Outside the sessions, they have mesimot (adventures) together, such as baking a favorite recipe. They also create an online scrapbook of memories.

The program culminates with a trip to Israel with grandparent/grandchild pairs from the other cities involved. It costs about $2,000 to participate, which covers everything but airfare, said Israeli emissary (shlicha) Maia Morag.

Morag is facilitating the local sessions with Sharon Spiegel, director of youth Israel experiences for the Jewish Federation of Cincinnati, which is partnering with the agency in the program.

"Our vision for an engaged and empowered Cincinnati Jewish community by the year 2020 includes 75 percent of all households feeling connected to Israel," said Barb Miller, director of community building at the Federation. "This innovative program supports that vision."

Five sets of grandparents and grandchildren met for the first time Dec. 10 and followed that up with a second meeting on Sunday, Jan. 7, at the Mayerson Jewish Community Center in Amberley Village.

As part of their session together, each grandparent took turns giving his or her grandchild a special object that meant something to them.

Lorie Kleiner Eckert, of Symmes Township, gave her granddaughter, Tillie Berge of Montgomery, a bowl that Berge's great-grandmother used to make strudel in.

Eckert shared with the group some of her family's history of cooking and how her grandmother had stirred strudel in that bowl, repeating a Yiddish word that sounded off-color in English, with a devilish grin on her face.

The program's helped her be more intentional about relating her family history to Berge, she said.

"I cherish all the family stories and traditions that have made me who I am, and who she is," she said.

After sharing the mementos, the grandparents and their grandchildren talked about and shared videos of their latest mesimot, which was cooking something together.

For his granddaughter's first birthday party, Jeff Casper and his grandson, Jacob Baron, made kugel, a recipe that calls for four sticks of butter. They did so under supervision of Jacob's mother, Andrea Baron, who told the group she asked them to peel the butter and thought that was self-explanatory, but pieces of wrapper ended up in the mix.

"Cooking with Jacob was interesting," she said.

"I'm very lucky to have Jewish grandchildren," she said, adding that because of interfaith marriages, "in today's society, that's not always true."

One of Elliot Asquith's parents is not Jewish, said his grandfather, Barry Gibberman. So Gibberman was glad he could use the program to tell Asquith more about his Jewish heritage.

Asquith ended the video they made of their cooking adventure by listing the ingredients in their dish, then shouting "Yeah!" with his arms in the air.

For the last night of Hannukah, Montgomery resident Jeanne Schmerler made sufganiyot, a traditional doughnut, with her grandson, Sammy Shapiro of Symmes Township.

Schmerler said she's involved in her grandson's sports and musical activities, and he also comes to her house for Jewish holidays. She said this program has given her an opportunity to share how she grew up and what her experiences were like.

Spiegel found it all very moving.