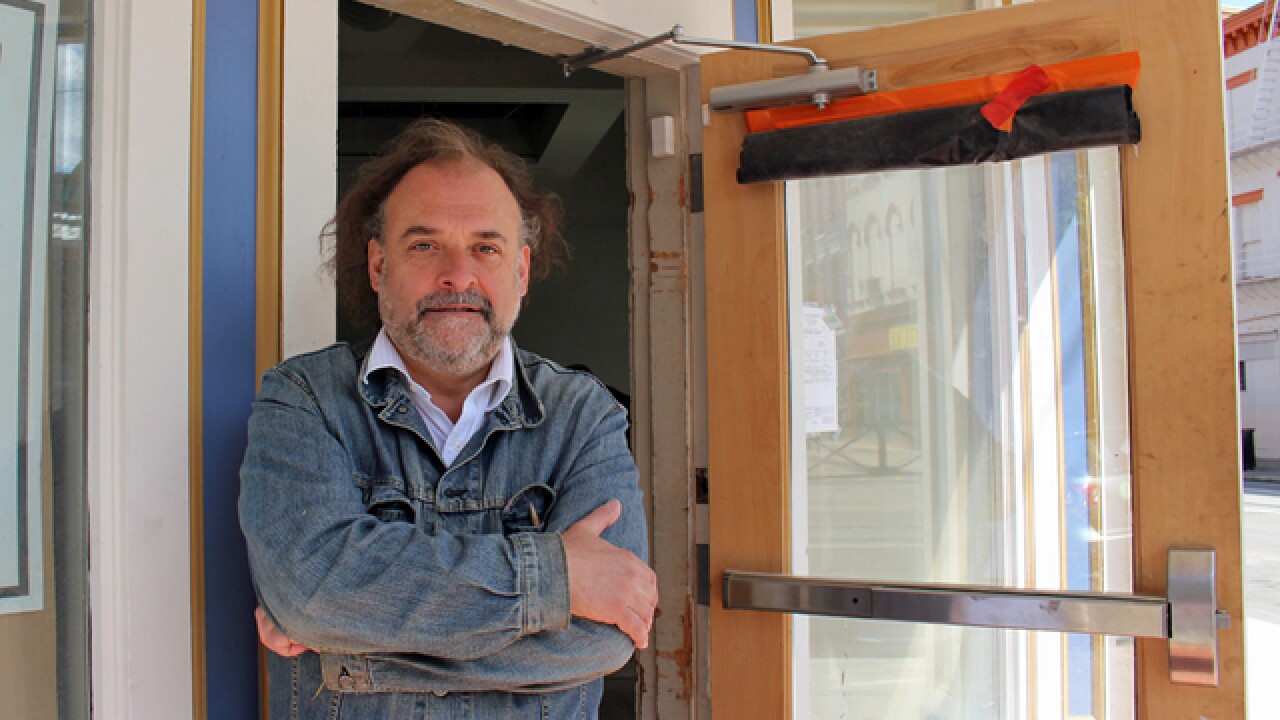 CINCINNATI -- Imagine shopping at Findlay Market in the morning, then stopping at a French bistro across the street for a glass of wine and lunch cooked à la minute. On your way out, you pick up a few fresh French croissants and éclairs to go.

Cincinnati chef Jean-Robert de Cavel has been quietly working with 3CDC to turn this vision into reality. Many are aware that he's bringing his French Crust Café to Findlay Market. But the chef also has been planning a new French bistro concept that will go in the same building as the café, with both eateries projected to open in mid- to late July.

Construction is in full swing at 1801 Elm St. The 3,700-square-foot space will pack in two concepts: a French bistro (which he has yet to name) and French Crust Café, with a short hallway transitioning the two spaces. The bistro will be situated at the front of the building and will occupy the lion's share of the space. French Crust Café will occupy the rear, with a seating capacity of about 20 seats, roughly comparable to its existing operation at 915 Vine St. The café will have a separate entry on Elder Street.

The bistro will have a full bar and lots of banquette seating.

"The banquettes (will be) red burgundy, very Parisian style," de Cavel said, estimating a seating capacity of 82: approximately 22 seats at the bar and 60 seats in the dining area.

The food will be as market-driven as it is French.

"I want to do good, simple food. It's very basic country French food," he said. While the menu has not been finalized, the chef envisions dishes like fresh salads, steak au poivre, mussels, chicken bouchée, pork tenderloin and steak frites.

Carla Heiert, the morning sous chef at Jean-Robert's Table, has been tapped to head up the culinary operation at the bistro, and ingredients will be sourced from Findlay Market, just steps away. "We already work with Luken's," de Cavel said, referring to the poultry, fish and seafood vendor at the market.

In terms of operation, the basement is a game changer: It will house a spacious production kitchen that serves both the bistro and café, along with generous walk-in refrigeration spaces, an office space and a wine room. The large production kitchen will alleviate the tight kitchen space at the current French Crust Café, and the plan is to make it the central kitchen for pastry production for both cafés. Any catering work also will be done in the basement kitchen.

There is also a kitchen on the first floor for final preparation and cooking. Not unlike the basement kitchen, this kitchen also will serve the bistro and café.

The new French Crust Café will not change much from its existing offering, although de Cavel said he would like to expand the pastry section, now that there will be more production space.

"Over there (on Vine Street), it's about 70 percent sandwiches and 30 percent pastries," he said. Pastry chef and chocolatier Jean-Philippe Solnom will lead the French Crust Café operation for both locations.

De Cavel said the café will be open for breakfast and lunch, and the bistro will be open for lunch and dinner. Since Findlay Market is closed on Mondays, both the café and bistro will be closed on that day as well. He noted that they will fine-tune operating hours once they open, but he anticipates the café opening from 7 a.m. until 3 p.m., and the bistro opening from 11 a.m. to 2:30 p.m. for lunch and 5-10:30 p.m. for dinner.

When the bistro and the new French Crust Café open, de Cavel said he will close the French Crust on Vine Street for a few weeks to do some renovations.