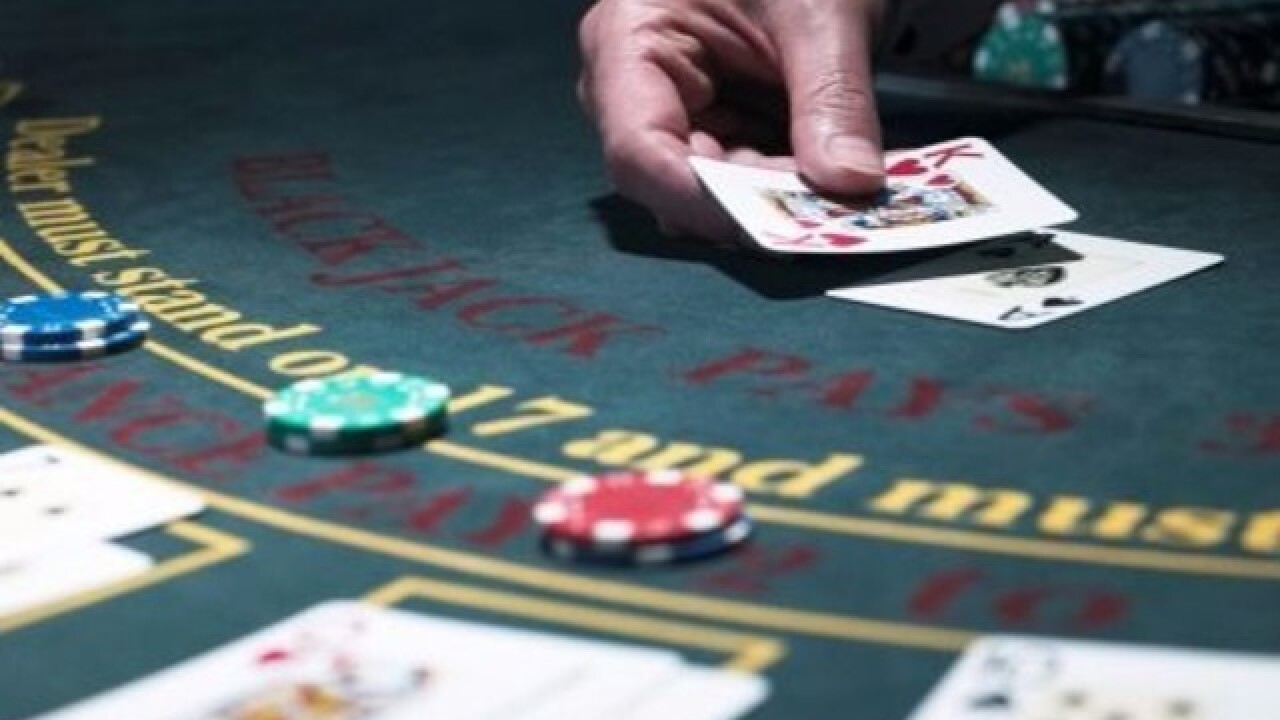 CINCINNATI - Jack Cincinnati Casino has changed the game of Blackjack, but it’s too early to call it a game changing business strategy for the region's largest gambling hall.

JACK JACK was invented by the table-games team in Cincinnati. It follows the standard rules of Blackjack, but alters the payout for players who reach 21 with two cards of different suits.

The game aims to provide “a unique experience for our guests that they cannot find at any other casino,” said Bennie Mancino, director of table games for Jack Cincinnati Casino. “So far, the guest response has been overwhelmingly positive.”

After testing the game at two tables this year, Jack Cincinnati doubled down on the strategy with four tables. Its sister casino in Cleveland added JACK JACK to its table game mix this summer as well.

“We’re continuing to look for new ways to create even more excitement in table games,” said Jack Cincinnati General Manager Chad Barnhill. “We want to be the industry leader as it relates to table games growth and innovation.”

The move accentuates a strength for Jack Cincinnati: It’s by far the regional leader when it comes to attracting bets in Blackjack, poker, roulette and craps. Gamblers dropped $183 million in bets at Jack Cincinnati’s 121 tables through July of this year. That’s $28 million more than Southeast Indiana’s three casino properties combined.

Belterra Casino & Resort in Florence, Indiana brings up the rear by this measure, averaging just $15,909 per month in house wins. That made Belterra the best place to win money at table games in the first seven months of this year. In fact, Indiana records show the casino lost $519,000 at Baccarat in May and $123,000 at Blackjack in February.

"There are many factors that go into these numbers and they vary on a daily and monthly basis," said Roxann Kincade, director of public relations for Belterra parent, Pinnacle Entertainment Inc. "We focus on providing a great table games experience to ensure that our guests see Belterra as their casino of choice."

The volatility of table games is one reason that casinos use them mostly as traffic generators, as opposed to revenue and profit centers, said Alan Silver, an assistant professor who teaches casino management at Ohio University.

“They call slot machines one-arm bandits for a reason,” Silver said. Jack Cincinnati is “trying a lot of different things because they need to improve their revenue.”

Barnhill said table games account for 38 percent of Jack Casino's gaming revenue. He declined to provide details on their profitability.

Silver said table games are too labor intensive to generate big profits, but they are good at attracting young gamblers, who are more into the social experience of gambling than their parents.

“Millennials like to play table games,” Silver said. A new variation of Blackjack is intended “to differentiate yourself and get people to say, ‘Hey, that looks like a better deal. Let’s go try it.’ But it remains to be seen how well it’s going to do in the long run. What I’d like to see them do is get that slot revenue up because that’s cash in the bank.”

Barnhill, who moved to Cincinnati in December 2015 from a Horseshoe Casino in Baltimore, has been trying to boost Jack Cincinnati’s revenue with a mix of improvements, including new slot machines that target young gamblers.

That’s why Jack Casino now offers Game of Thrones, Plants vs Zombies and Lightning Link, a progressive slot machine game that was named one of 2015’s “Most Innovative Gaming Technology Products” by Casino Journal.

“We have more new slot product on the floor right now than this property’s ever had,” Barnhill said.

A new bank of 75-inch TV screens were added this week to the former Margaritaville restaurant space, which is trying to generate more traffic from sporting events – like the Mayweather-McGregor fight Saturday night. Barnhill said he’s talking to multiple potential partners about filling the 400-seat restaurant that closed in April.

Despite the closure and traffic jams caused by the Brent Spence Bridge reconstruction, Barnhill said the casino’s traffic counts are up in 2017. He still thinks it’s possible to get the property’s total gaming revenue above $20 million, a feat it hasn’t achieved since its March 2013 opening month.

“We just want to give people a reason to visit,” Barnhill said. “Whether it’s slots, tables, a great steakhouse that we have in Prism, the best buffet in the market … it’s as much as making sure we’re providing the right guest experience, the right service level and the right set of amenities as it is anything. The rest of it will take care of itself as long as we take care of the guest.