His environmental views drove organizers away 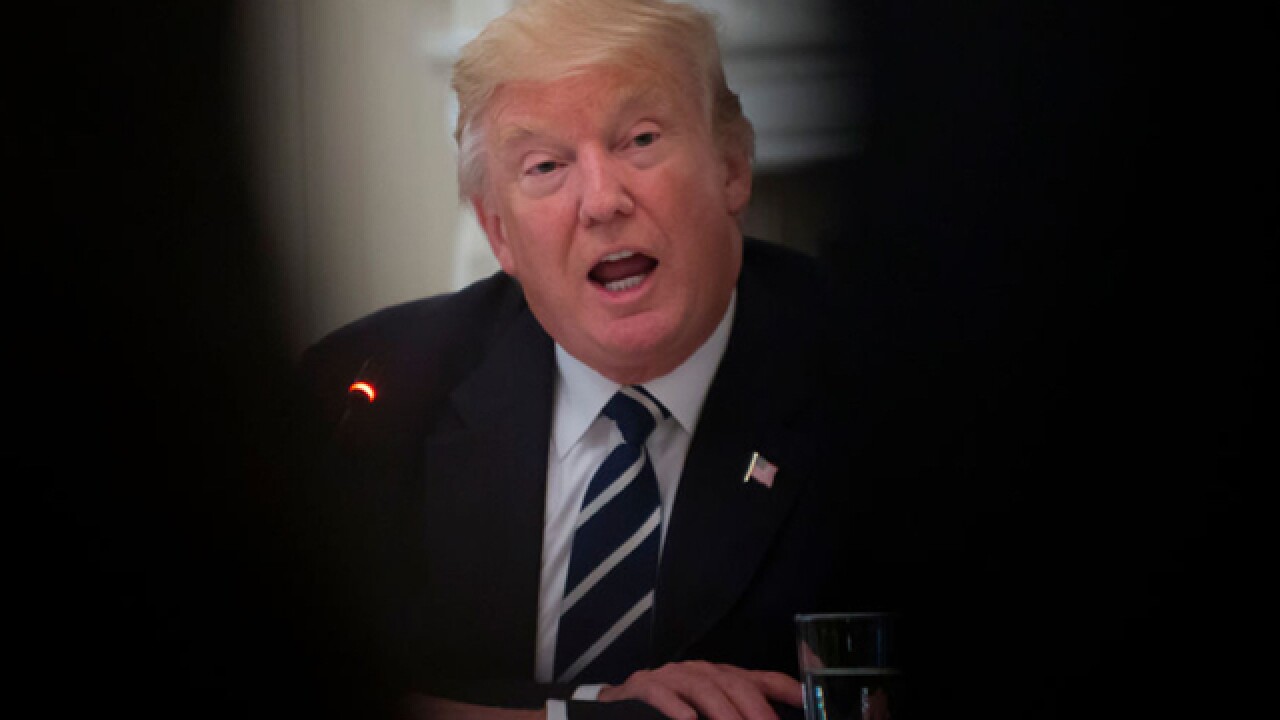 CINCINNATI -- Every year for the past 10 years, the London-based Water and Energy Exchange has brought together decision-makers in the water and wastewater industry from around the world.

For the first time this year, the Exchange planned to hold one of its annual conferences in the United States -- and in Cincinnati, of all places. The direct economic impact would have been modest, but bringing those decision-makers here could have led to bigger things, like investments in local businesses.

That all changed, however, when Donald Trump was elected president.

Trump had a different take on the environment than his predecessor, Barack Obama. During the campaign, Trump tweeted that the Chinese had created the concept of global warming "to make U.S. manufacturing non-competitive." As president, he chose Scott Pruitt to lead the U.S. Environmental Protection Agency. The New York Times called Pruitt "a key architect of the legal battle against Mr. Obama's climate change policies."

The concept of global warming was created by and for the Chinese in order to make U.S. manufacturing non-competitive.

Earlier this month, Trump announced he was withdrawing the United States from the Paris climate accord, an international agreement intended to reduce carbon emissions.

One reason the Water and Energy Exchange wanted to come to the United States was because of interest in the green initiatives Obama had started, said Mark Barker, the organization's CEO.

At previous conferences, Exchange attendees heard about what the EPA was doing in Cincinnati. The EPA's Andrew W. Breidenbach Environmental Research Center here is internationally known for water research.

"There was a lot of interest in what was going on in Cincinnati," Barker said.

But Trump's stance on climate change and on alternative energy sources "was completely different" from Obama's, Barker said. To a large extent, the Exchange conferences are all about sustainability and climate change, he added.

After Trump's election, Barker said, "I could see that I would be struggling to get the people who normally sponsor us to come and do it."

So early this year, he told local officials that he was cancelling the conference.

That meant the city missed out on estimated direct spending of $193,700 from the 250-300 attendees expected, said Randie Adam, vice president for marketing and visitor services for the Cincinnati USA Convention and Visitors Bureau.

Some of that investment could have been in members of the first class of Pipeline H2O, a Hamilton-based accelerator for startups in the water industry.

When Pipeline H2O announced its creation in September 2016, organizers expected the class would hold its demo day at the Exchange's conference. But because the conference was canceled, the six startups missed their chance to pitch their businesses before an international audience, and demo day was held as a separate event.

Welsh, one of the local organizers for the conference, said officials spent two years negotiating with the Exchange to hold its first U.S. conference here. Those officials were from MSD, the EPA and from Confluence, a public/private partnership focused on water technology innovation in the region.

"Part of the reason that Cincinnati was selected is that the city and region is considered to be a national water innovation hub," he said. Both MSD and the Greater Cincinnati Water Works are nationally recognized utility leaders, he said.

Exchange officials were also interested in the local brewing industry and its water technology needs, he added.

It was an honor for the city to be selected for the conference in the first place, he said, "and we hope it can be held here at some time in the future."