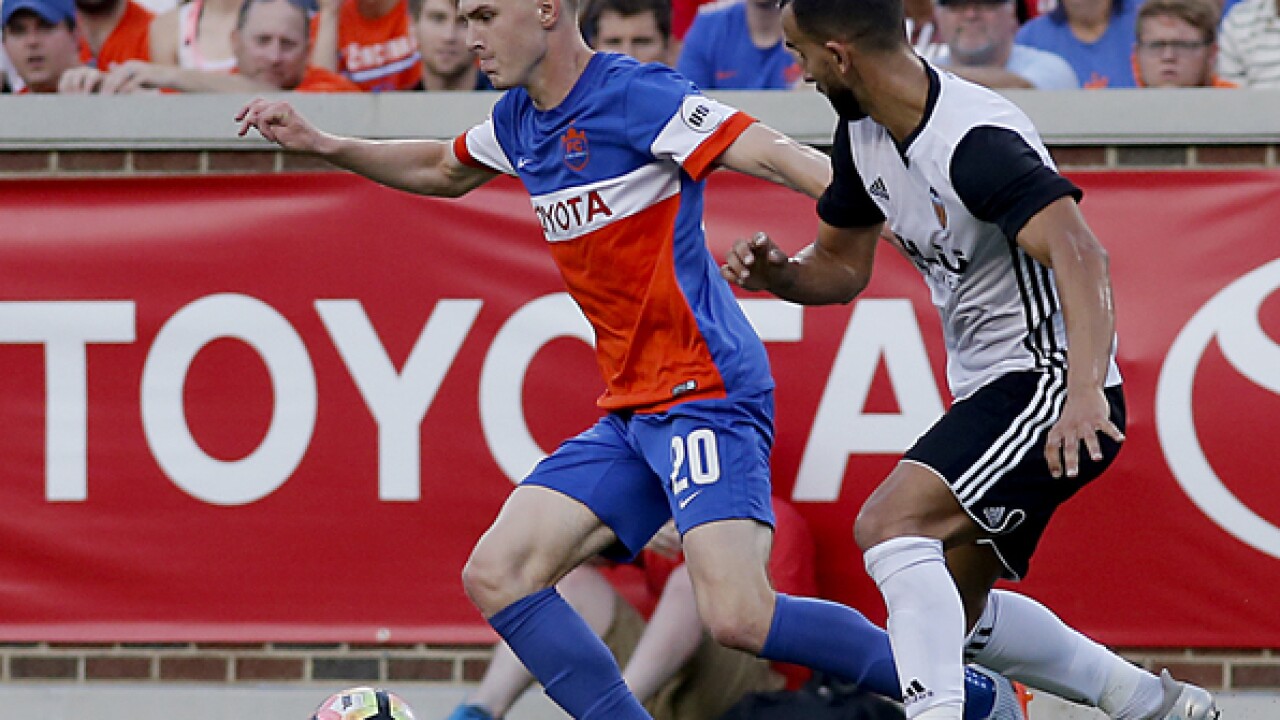 CINCINNATI -- FC Cincinnati's Jimmy McLaughlin has some great memories of playing international friendlies over his career.

Nothing will probably top nutmegging Cristiano Ronaldo in a 2011 exhibition between the Philadelphia Union and Real Madrid, but FC Cincinnati's first international friendly against Crystal Palace – in front of 35,061 fans in 2016 – ranks up there. Even last year's less-hyped Monday game against Spanish La Liga's Valencia CF was something to appreciate, he said.

McLaughlin looks forward to another opportunity to play a team from one of the top leagues in the world when FCC hosts La Liga's RCD Espanyol on Saturday.

"It's always a fun night," McLaughlin said of his first two international friendlies with FCC. "It's a pressure-free environment and it's a chance to kind of test yourself against some of the best players in the world. I try to pick up on some of the little things they do, the speed of play and the different styles and just try to enjoy the experience and have fun with it."

Espanyol, which finished 11th in La Liga last year, is preparing for the start of the 2018-19 season in August and trying to adjust to new coach Joan Francesc Ferrer Sicilia. Rubi, as he is more commonly referred to, guided Huesca to its first ever promotion into top-division La Liga last year.

FCC will use the game as a way to keep players sharp during a break from a first-place run in the United Soccer League. It also will serve as an opportunity for bench players and reserves to prove themselves against top competition.

"The group that's played a lot will get a chance to showcase themselves against a La Liga team, and that doesn't happen every single day," Koch said. "And, for the guys that haven't played that much it's a great chance in a competitive game to show what they can do and make our lives, from a decision-making perspective, a lot more difficult, which we will gladly embrace that."

Barcelona-based Espanyol, founded in 1900, has never won the league and is the oldest club in La Liga without a trophy.

But while fans are more familiar with La Liga powerhouses like Real Madrid and FC Barcelona – clubs that have a payroll 10 times larger than Espanyol – Koch said the visitors Saturday boast a lot of talented players more people should be aware of.

That was the case last year, too, against Valencia, which was coming off a 12th place finish in La Liga in 2016-17 and hadn't lifted a major trophy since winning Copa del Rey in 2008. Valencia beat FCC 2-0, after breaking through on Dani Parejo's tidy pass to Nando for the go-ahead goal in the 62nd minute, and the Spanish club went on to a fourth-place finish in La Liga last season.

"Dani Parejo was just unbelievable (last year for Valencia)," Koch said. "Playing against a player operating at a completely different level, it was even beautiful from a coaching perspective standing on the sideline watching that. Seeing players like that, and some of the players on Valencia, you knew some of them, but there were some you didn't really know and they were unbelievable. I know I am going to be pleasantly surprised on Saturday when we play against Espanyol. It will be like, 'Who's that guy, who's that guy?' because you don't know every single player's name on a team like that and we probably should."

Aside from a chance to play against talented individuals, FCC relishes the opportunity to face a different style of opponent. Spanish soccer is marked by incredible technique, possession and a very attack-minded approach.

Espanyol likely will look a lot like Valencia in how the two teams play.

"Hopefully we don't allow them to get into a rhythm because any team in La Liga if you allow them to get into a rhythm, they will punish you very quickly," Koch said. "We know they have good players and they play day in and day out at a very high level. I would anticipate the tempo of the game will be quicker than what we are used to, but our players rise to the occasion."

McLaughlin said he is constantly amazed by how good teams from Europe really are. It's something that can be appreciated even more in person.

"It's just crazy to see the differences in their game," McLaughlin said. "They are so calm, so relaxed, never rushed, never pressured. Their composure is unbelievable. It's things like that I pick up, and little movements and how they always want the ball and the courage they have. It's a lot different being on the field with them than watching on TV. Maybe you don't appreciate it as much when you watch it on TV but when you see them in these tight spaces in a tough environment when you're really pressing them and they can play out so easily, it really is special."