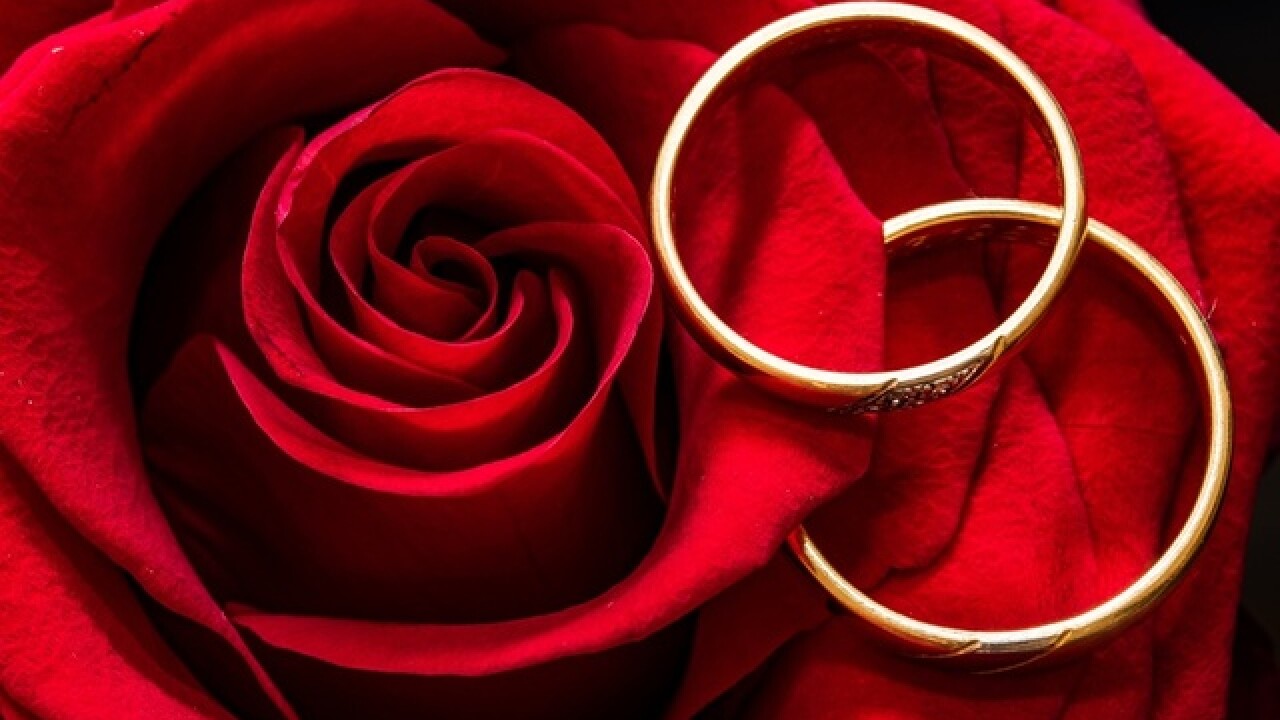 When it came to finding a wife, being outspoken paid off for Ali Diop.

The Springfield Township resident was walking in Florence one day in 2005 when he called out to Elizabeth Cunningham, "Hey girl, what is your number? I'd like to know you."

They began dating and married that same year.

What makes this story unusual is that Diop, a native of the West African nation of Senegal, has been a Muslim all his life. Elizabeth, a chaplain for Village Home Health and Hospice, was ordained as a Christian minister in August.

Interfaith marriages such as theirs were once considered a betrayal of one's faith but now represent a growing segment of all marriages in the United States.

The 2015 Religious Landscape Survey by the Pew Research Center found only 19 percent of Americans married before 1960 reported being in an interfaith marriage, but almost  39 percent of those married since 2010 have a spouse of a different faith.

There are a lot of reasons why this is happening, said Lewis Kamrass, senior rabbi at Isaac M. Wise Temple in downtown Cincinnati. One is that society has become more open and diverse, and many people meet their spouses in the workplace rather than places of worship.

He advises interfaith couples to make communication with each other and with their extended families a priority.

"Ideally, religion should be a tool of understanding and connection within a family," he said.

This Amberley Village couple and their children are members of Wise Temple, but Linda is also a member of Nativity of Our Lord Catholic Church in Pleasant Ridge. They have what they call an inclusively Jewish home: They don't put up a Christmas tree, but the family does go to midnight Mass at Christmas and attends Easter services.

Wise Temple congregants who don't know Linda well assume she was born Jewish, Andrew said, but she was actually raised Catholic at Blessed Sacrament parish in Fort Mitchell. She knows all the Hebrew prayers said at temple services and bakes latkes at Hanukkah.

"Linda is a great Jewish mom … as a Catholic," Andrew said.

They chose to raise their children as Jews because they had read that raising children in both parents' religions creates a household in which choosing a faith feels like a rebuke of the non-practicing parent. Linda said she felt that she could participate in Judaism, whereas Andrew could not participate in Catholic services.

Her extended family deserves a lot of credit for making holidays work, she said, adding that her grandmother told her, "We're all going to the same place, we're just taking different routes."

Her mother was just glad to see the children raised in a religious home.

When this Springfield Township couple married, they agreed their children would be raised as Muslims. That has been a mixed blessing for Elizabeth, who said she's glad the children are engaged in Islam but misses having them share her formative experiences in a Christian church.

The family observes all the Muslim holidays, as well as Christian holidays important to her. She tells them stories about Jesus, she said, which they like to hear. But she doesn't talk to them about Jesus being God; instead, she talks about Jesus as a prophet, the way Muslims view him.

The hardest thing about being married to a Muslim is anti-Muslim prejudice, she said. When the Diops were newlyweds, they saw a bumper sticker that called mosques "terrorist training centers." She was shocked and hurt, she said, but Ali was not surprised.

Some Christians confront her with Bible passages that appear to advise Christians not to marry unbelievers. She doesn't think they apply because she and her husband are both people of faith who love God and the people God brings into their lives.

"Ali is an example for me of steady faithfulness," she said. "I see how his prayer life and relationship with God move him to be a great husband, father and man. We support and encourage each other in being rooted in our own faith traditions and in focusing on our own spiritual well-being."

When this Montgomery couple wanted to get married, they had trouble finding a local rabbi who would perform the ceremony because Wendy was Jewish and Dennis was Catholic.

That was 36 years ago. Now, they are both members of Temple Sholom in Blue Ash, but Dennis also attends Mass at the Community of the Good Shepherd Catholic Church in Montgomery.

They raised their children as Jews but celebrated Christian holidays with Dennis' family.

Ironically, one of their daughters married a Catholic, and the other married a Serbian Orthodox. Both put up Christmas trees, something the family never did when they were children.

Wendy thinks one reason she and Dennis have stayed together is that she's not a deeply religious person, but she clings to Judaism because of her family history. Her father narrowly escaped the concentration camps in Germany, emigrating to the United States just before World War II.

"With that in your history, how can you identify in any other way?" she asked.