'Interesting battles ahead' between John Cranley and Yvette Simpson in mayor race? 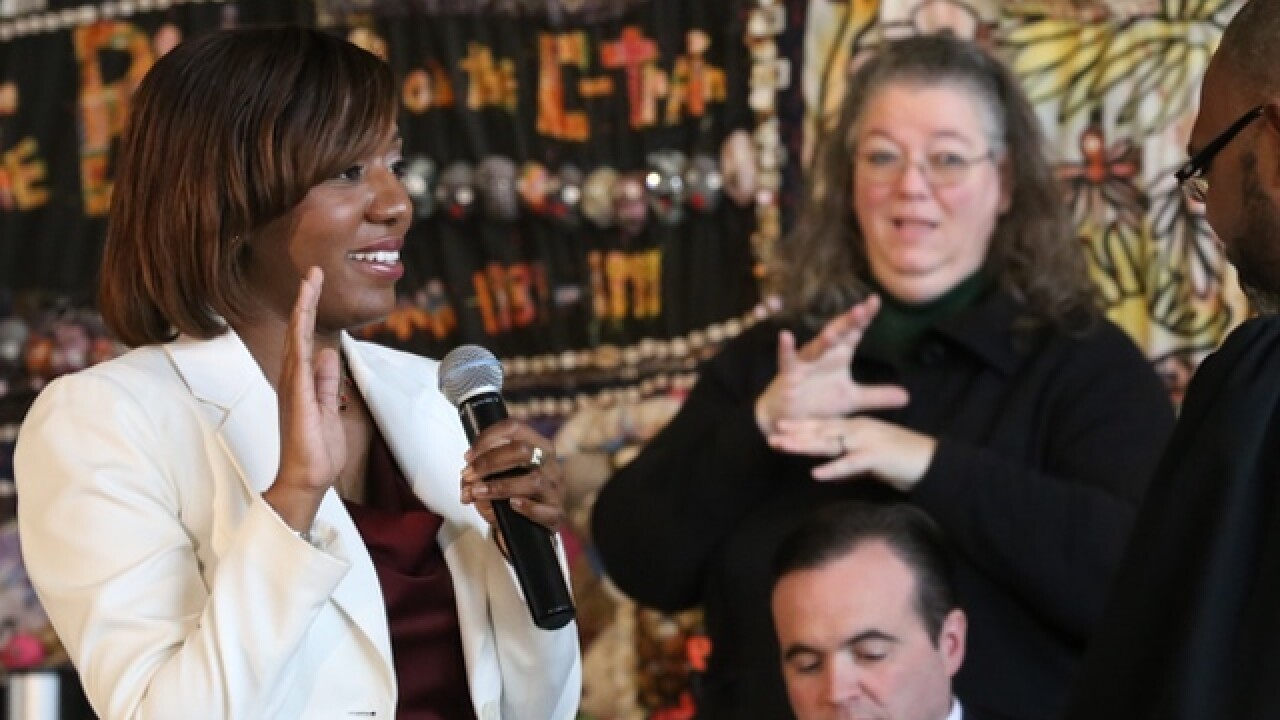 CINCINNATI — Yvette Simpson’s Wednesday press conference confirmed what political insiders had known for months: The City Council member would seek to supplant Mayor John Cranley and become the next mayor of Cincinnati.

Simpson’s decision to challenge Cranley, a fellow Democrat, was the culmination of years of disagreements between the two. They’ve found themselves at odds on several of the city’s most pressing issues, including:

At the end of Cranley’s first year as mayor, Simpson blasted him for lacking “transparency and inclusiveness.”

End run. Machiavellian. Controlling. Illegal. These are not qualities any city should want in its leader. https://t.co/s9eRK4gzoy

Democrats have gone head-to-head for the position in the past. Former Mayor Mark Mallory campaigned successfully against David Pepper in 2005, while Cranley’s victory in 2013 came at the expense of Roxanne Qualls.

However, this is the first time since the office of mayor became a directly elected position in 1999 that an incumbent has faced a challenge from a member of their own party.

The Cincinnati Democratic Committee will not announce an endorsement until at least sometime after the 2016 general election is concluded, Hamilton County Democratic Party chairman Tim Burke said. They may not decide to endorse a candidate at all.

“Right now our concentration is on the election of Democrats this November in the White House, Hamilton County and its courthouse, congress and the state legislature,” Burke said.

A matter of timing

University of Cincinnati political science professor David Niven knew Simpson was eventually going to announce her candidacy, but he was surprised by how early her announcement came.

“It opens the campaign window quite wide, quite early,” Niven said.

“It used to be kind of traditional that there was a time for governing and a time for campaigning,” he said. “Voters are seeing the unfortunate trickle-down of the [national] multi-year election to a city race.”

But that could be because of the timing of this year’s primary election, which will be held in May for the first time. Municipal primaries were held in September in past mayoral elections.

“It seriously changes things,” said Sean Comer, government relations director at Xavier University. “How many people will show up for that primary, and then also, how much time the mayoral campaign will have to get legs under it.”

But the battle between Simpson and Cranley has had legs for years, and Simpson’s announcement Wednesday upped the stakes. With one candidate on the City Council and another in the mayor’s office, Cincinnati’s mayoral primary has the makings of a wild one, Comer said.

“I think you’re going to see some very interesting battles on council in the next year and a half,” Comer said. “It’s always going to come back to this mayoral race.”

“When you push a mayoral race into a multi-year affair, it really does take away from that time for governing,” Niven said. “Not just the candidates, but the voters and the media are going to be left to wonder at every turn between now and the election: Is this city governing, or is it campaigning?”