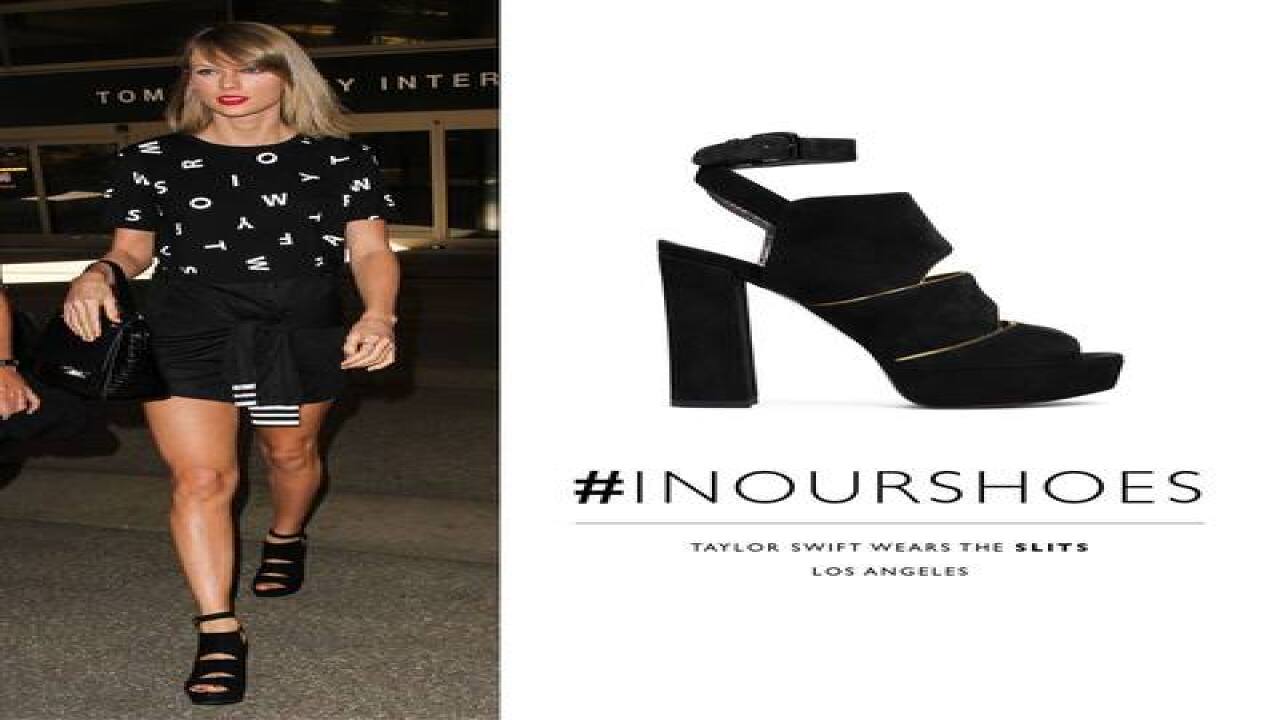 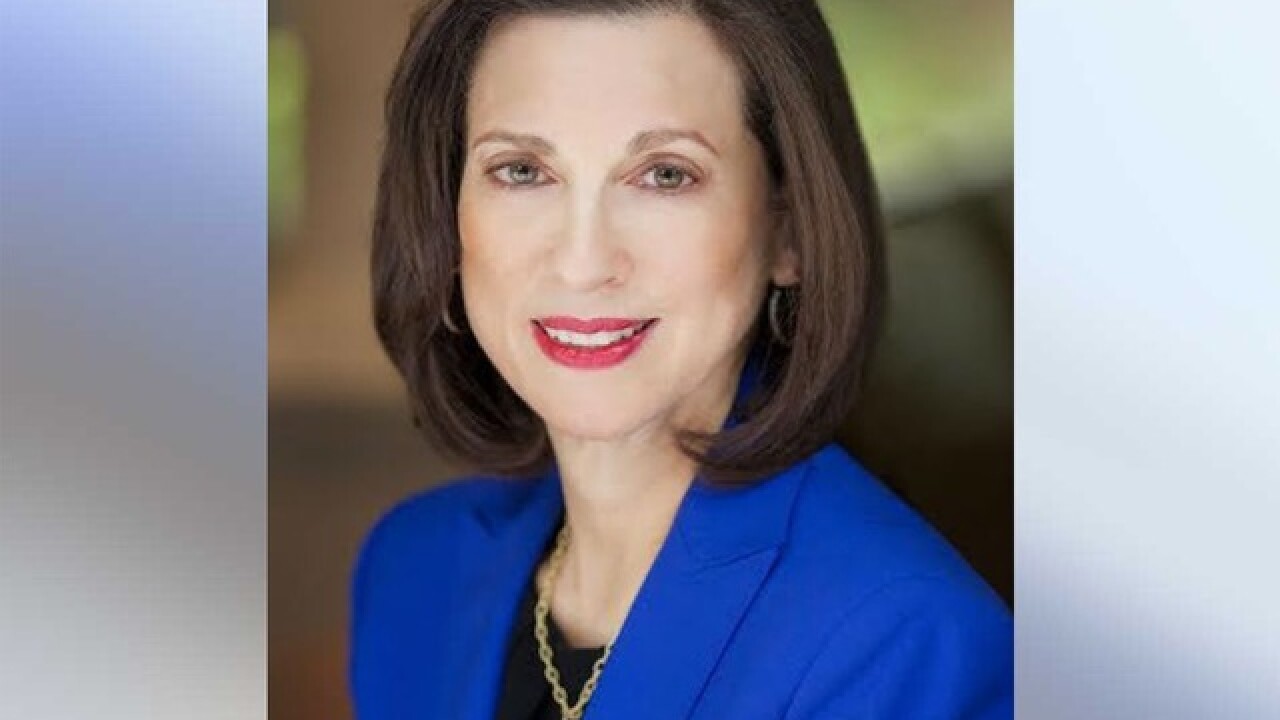 CINCINNATI -- The Duchess of Cambridge, Kate Middleton, has been photographed wearing his tasteful, black pumps, and first lady Michelle Obama stepped out last month in his trendy “NearlyNude” sandals.

His iconic, high-end shoes consistently grace red carpets and runways across the world, and at least one woman will be wearing Stuart Weitzman shoes exclusively here this week when the top designer’s wife, Jane Weitzman, visits the Queen City for the first time.

“I have a new favorite every season,” Weitzman, a philanthropist and the founding vice president of Stuart Weitzman Retail, admitted when asked about her favorite pair of shoes. “I do love his pumps, though … and 5050 boots. I wear them all the time.”

Weitzman, whose personal shoe collection would make most women swoon, will be in town to speak from 7-9 p.m. April 6 at “Women Making a Difference: An Evening with Jane Weitzman.” The fundraiser is sponsored by the Women’s Philanthropy division of the Jewish Federation of Cincinnati.

While she’ll undoubtedly speak to the more than 250 women in attendance about fashion, and maybe even touch on that personal shoe collection, her main focus will be on a topic closer to her heart: giving.

“I will be speaking about the American Jewish Joint Distribution Committee, and the needs of the people we help,” she explained. “It’s such a worthy cause.”

The American Jewish Joint Distribution Committee, known as the JDC, is the world’s leading Jewish humanitarian assistance organization. Working in more than 70 countries and in Israel, the JDC aims to “alleviate hunger and hardship, rescue Jews in danger, create lasting connections to Jewish life, and provide immediate relief and long-term development support for victims of natural and man-made disasters.” Prior to her visit here in Cincinnati, Weitzman will be visiting Ukraine with the organization.

Weitzman’s compassion for others comes, at least in part, from her parents. Both her mother and father helped rescue Holocaust survivors during World War II.

“I come from a charitable family,” she said. “I’ve always felt the need to give back.”

Weitzman has helped raise funds at a variety of similar events across the country.

“It’s inspiring,” Chrissie Blatt, chairwoman of the local federation’s Women’s Philanthropy division, said of Weitzman’s philanthropy. “It will be a fun event with shoes and champagne, but it will also be an evening of learning and inspiration.”

Weitzman, who spearheaded philanthropy for Stuart Weitzman Retail, has motivated many with her far-reaching charity work, according to Blatt. She is known not just for her commitment to giving within the Jewish community, but also for her work in generating both awareness and funds to support breast and ovarian cancer research. She’s also a big supporter of the arts.

One of the things Weitzman is best known for in the fashion world happened when she combined her passion for giving and penchant for art. When the luxury brand opened its first retail boutique on Madison Avenue in Manhattan, Weitzman wanted to create a breast cancer awareness-themed window.

While all the neighboring shops in town prominently displayed their products in storefront windows, she commissioned an artist to create one-of-a-kind art, in the form of shoes, to fit the theme. It became the first of many unique window displays at the flagship store that featured “fantasy art shoes” created by artists from all over the globe.

“I loved that part of retail that let me be creative,” Weitzman noted. “Most people put their product and signage (in the window), but I decided to use art. It brought people in the store.”

In Weitzman’s book, “Art and Sole,” about 150 examples, out of more than 1,000 pieces of fantasy shoe art she procured, are showcased. It was published in 2013, and she donates proceeds to charity.

The art collection featured in the book is on display through April 10 at the Bass Museum of Art in Miami Beach.

Since it’s widely known that Weitzman curated every single piece while traveling the world, she is often asked about her favorites.

“I can’t pick a favorite,” she explained. “That would be like asking someone to choose their favorite child.”

While she doesn’t have a preferred artist or favorite piece from the collection, she does have one regret.

“I was never able to find glass shoes,” she said. The art shoes were made from materials ranging from metal to paper, and even frosting.

It’s true she was never able to find a glass slipper, but Weitzman did have a Cinderella-esque marriage proposal from her husband. The famous shoe designer popped the question with a pair of specially-made shoes. Each had “Mrs. Stuart Weitzman” printed on the inside.

“When I tell the story now, I usually say it was ‘Jane Weitzman,’ ” she confessed. “ 'Mrs. Stuart Weitzman' sounds so dated now.”

The couple has been married for almost 49 years. Much has changed since that proposal, but the Weitzmans' commitment to giving has never wavered.

“We’ve been very fortunate,” she said. “It’s important to help those not so fortunate.”

For details about the upcoming fundraiser, visit jewishcincinnati.org/shoes.