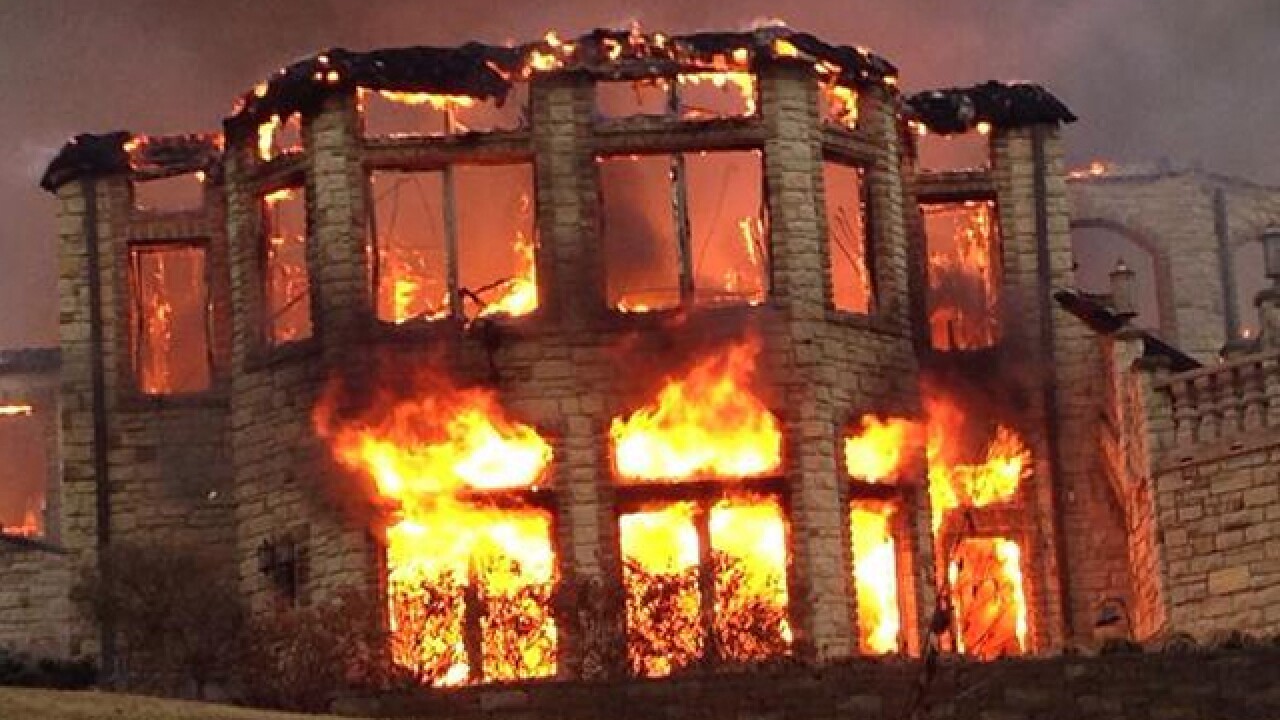 CINCINNATI - U.S. District Judge Susan Dlott has set aside up to 20 days for an Oct. 10 jury trial that could unravel some of the remaining mysteries from a 2014 fire that destroyed an Indian Hill mansion and spawned a $60 million lawsuit.

Homeowners Jeffrey and Maria Decker are trying to force Chubb National Insurance Co. to cover damages from the fire of undetermined origin at 9645 Cunningham Road. The damage claims have been revised downward since the lawsuit was filed in 2015.

The Deckers are now seeking $15.3 million in “contract damages” from their claim, plus $30.5 million in punitive damages. They argue Chubb’s aggressive fire investigation caused humiliation and emotional distress.

Chubb filed a counterclaim to recover more than $700,000 paid to the Deckers as advance payments on the insurance claim, which it later denied, alleging the Deckers made false statements and concealed facts about the fire.

Arnold Barnett, former chairman of the Cincinnati Metropolitan Housing Authority, could also be called as a witness. Chubb is trying to keep Barnett from testifying about Chubb’s investigation of a past insurance claim. The Deckers view it as evidence of “bad faith conduct” by Chubb.

The jury is also expected to see the video deposition of James Stafford, the founder and former owner of Stafford Jewelers. He was found dead on the Deckers’ property in November 2016, five months after he told Chubb’s attorneys that Decker was trying to sell his Indian Hill home before it caught fire.

“It was just too much house for him,” Stafford testified.

According to the deposition, Decker was a Stafford Jewelers customer and partner in a real estate venture with James Stafford. Stafford testified that Decker once confided that he spent $5.5 million to build the home and was trying to sell it for up to $12 million. Chubb had the house appraised at $5 million. The Deckers are seeking $10.7 million in damages for the dwelling itself and more than $2 million for its contents, including $29,000 for jewelry, $23,000 for furs and $5,700 for fine arts.

One of the big remaining disputes in the case involves Chubb’s use of cell phone records to support its allegation that Jeffrey Decker “was in the area of his residence, not at his alibi location” just 16 minutes before the fire was discovered by a neighbor.

Decker’s attorney Gary Franke claimed in a December filing that “Chubb employees in Philadelphia” admitted in a deposition that Decker’s “actual location could not be determined.” The Deckers hired their own expert, who said Chubb’s method of analyzing call records “can only establish that an individual was within a 21.75 mile radius of a cell phone tower, well within the radius-area consistently asserted by Mr. Decker as to his whereabouts.”

One issue not likely to be resolved at trial is whether the fire was deliberately set. Because Chubb never asserted arson as their reason for denying the insurance claim, the Deckers are trying to limit testimony about what caused the fire, whether the Deckers were involved and whether they had motive to commit arson. Judge Dlott’s pretrial brief identifies several witnesses that address these issues:

Decker’s attorney stressed in his December court filing that state, local and federal investigators were unable to determine the fire’s origin. And he argued that Chubb was driven by “the magnitude of the loss” to “create and find support for contrived reasons to deny the Deckers’ claims.”