In honor of Hispanic Heritage Month, we share 9 things you need to know about Hispanic cuisine

What is a chipotle anyway? 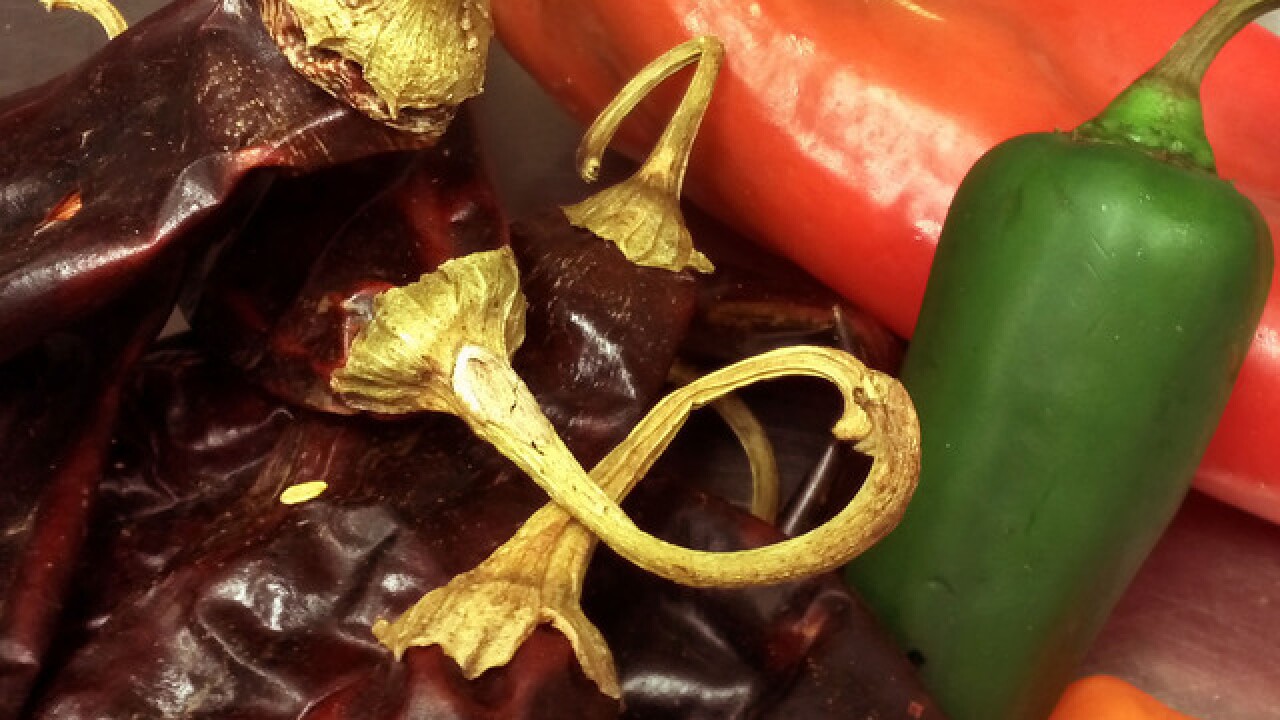 Hispanic cuisine embraces the culinary traditions of Spain and celebrates the interchange with New World ingredients, found in Central and South America and even the Caribbean.

The cuisine is diverse, ranging from Spanish classics such as paella and jamon iberico to Latin American staples such as tacos and empanadas. Dishes evoke cultural identity, familial traditions and sometimes even national pride.

In celebration of Hispanic Heritage Month, we take a closer look here at some of our favorite foods.

What is a chipotle anyway?

Thanks to the Chipotle restaurant chain, the word has become prevalent. A chipotle (chih-poht-lay) is a fully ripened jalapeno pepper that is smoked and dried, transforming the red pepper into a reddish-brown, wrinkled-up incarnation.

Although it may not score points for its looks, its smoky, intense flavor is irreplaceable. As a mainstay in Mexican cooking, chipotle is used to flavor sauces and marinades.

Joe Garcia, owner of the Texas Joe food truck, said he is a fan.

"I use chipotle peppers in a sauce we make for the chicken chipotle (tacos)," he said.

No. Spanish food is rooted in Mediterranean traditions and is not spicy. However, the chili pepper, which is indigenous to Central and South America, is commonly used in Latin American cuisine.

There is a wide variety of chili peppers, ranging from mild (cherry pepper) to medium heat (jalapeno) to hot (habanero), and that means not all Latin American cuisines are spicy either. The hotter chili peppers are common in Mexican food, but cuisines from countries like Colombia and Argentina are traditionally mild.

Chimichurri is not your typical salsa

Not to be confused with chimichanga (a deep-fried burrito), chimichurri is a tangy, garlicky sauce packed with fresh parsley and cilantro. It's a mainstay in Argentine cuisine, commonly used alongside a meat dish.

"I use chimichurri to marinate, cook with and pour over after the dish is finished," he said. "It brightens up the dish, and the diners love the freshness and tangy flavor from the vinegar."

Mole (pronounced mo-lay) is not an adorable burrowing mammal or -- for you scientists -- a unit of measurement in chemistry.  It is a complex, savory sauce made from a blend of chilies, onion, garlic, spices and nuts.

Not unlike Asian curries or American chili, there are many varieties with distinct regional differences. The most recognizable mole is flavored with cocoa, which imparts a deep flavor and color. Although the sauce is good enough to drink on its own, it's customarily served with a meat or chicken dish.

Is the fish in ceviche really raw?

Yes and no. Ceviche (se-vee-chay) is a cold dish of raw fish or other seafood marinated in lime juice and accented with onion and cilantro. The seafood is not cooked in the conventional sense, but the acidic juice alters the protein, turning it partially opaque as if it had been cooked with heat.

"It's a quick and elegant way of preparing a healthy appetizer," he said.

Is tortilla a wrap or an omelet?

It depends. In the Americas, a tortilla (tor-tee-yah) is a thin flatbread commonly used as a wrap for food like tacos and burritos or cut up and deep-fried to make tortilla chips.

In Spain, however, a tortilla is an open-faced, thick omelet of diced potatoes and onions, similar to the Italian frittata. It's a popular tapas dish eaten anytime of the day.

Are tapas a dish?

No. In Spanish tradition, tapas are small plates of food, typically eaten while having a drink.  They range from the simple, such as salted fried almonds and marinated olives, to more involved dishes, such as grilled octopus and braised chorizo. The origin of tapas is a favorite subject of debate, with some believing the first tapas was a modest slice of bread sitting atop a wine glass.

Queso is more than saucy

For some, queso is synonymous with the cheesy sauce that goes on top of nacho chips. Queso means cheese in Spanish and, according to My Artisano Foods founder Eduardo Rodriguez, comprises several types, including aged, semi-hard and fresh cheeses.

Rodriguez said the fresh cheeses, commonly called queso blanco, are chewy and can be grilled.

"They are also sometimes cut into cubes and added to hot chocolate," he said. "The cheese adds acidity, saltiness and a chewy texture, which contrasts nicely with the earthy and vanilla notes of the sweet chocolate."

Why is quinoa everywhere?

Quinoa (keen-wah), an ancient grain grown high in the Andes, is getting newfound attention as a nutritional powerhouse. Quinoa is a whole grain and gluten-free. What sets it apart, however, is it contains essential amino acids, making it a source of high-quality protein.

Its health benefits are enough to make a nutritionist blush.