If you haven't ever seen a manatee up close, this might be the month to do so

It's Natl. Awareness Month for the giant critters 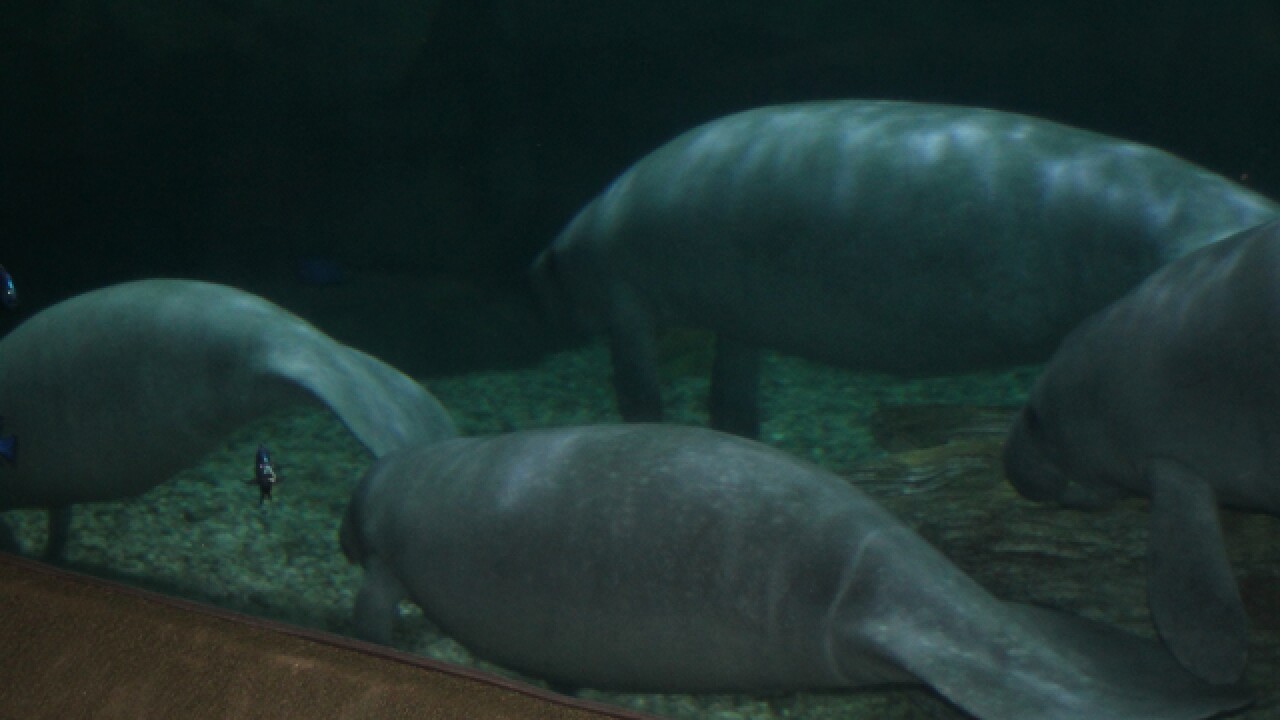 Copyright 2018 Scripps Media, Inc. All rights reserved. This material may not be published, broadcast, rewritten, or redistributed.
Christine Charlson | WCPO contributor
<p>Manatees swim together in their 122,000-gallon tank at the Cincinnati Zoo's Manatee Springs. </p> 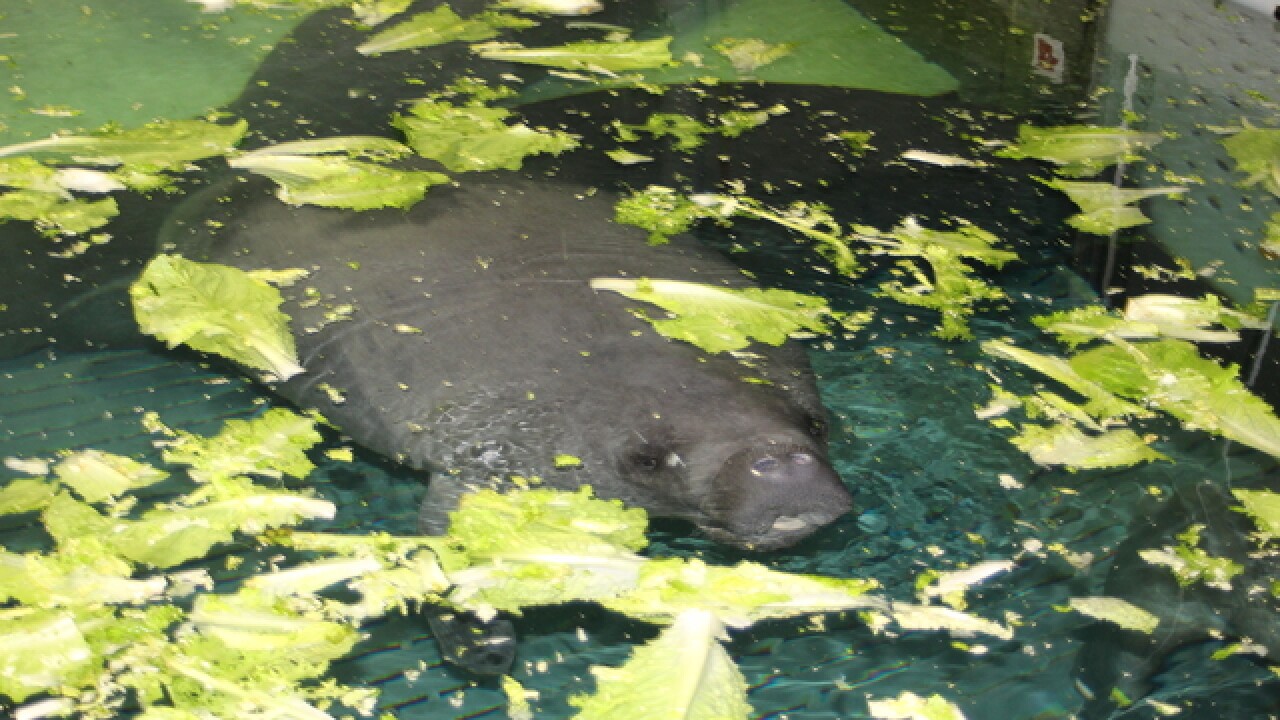 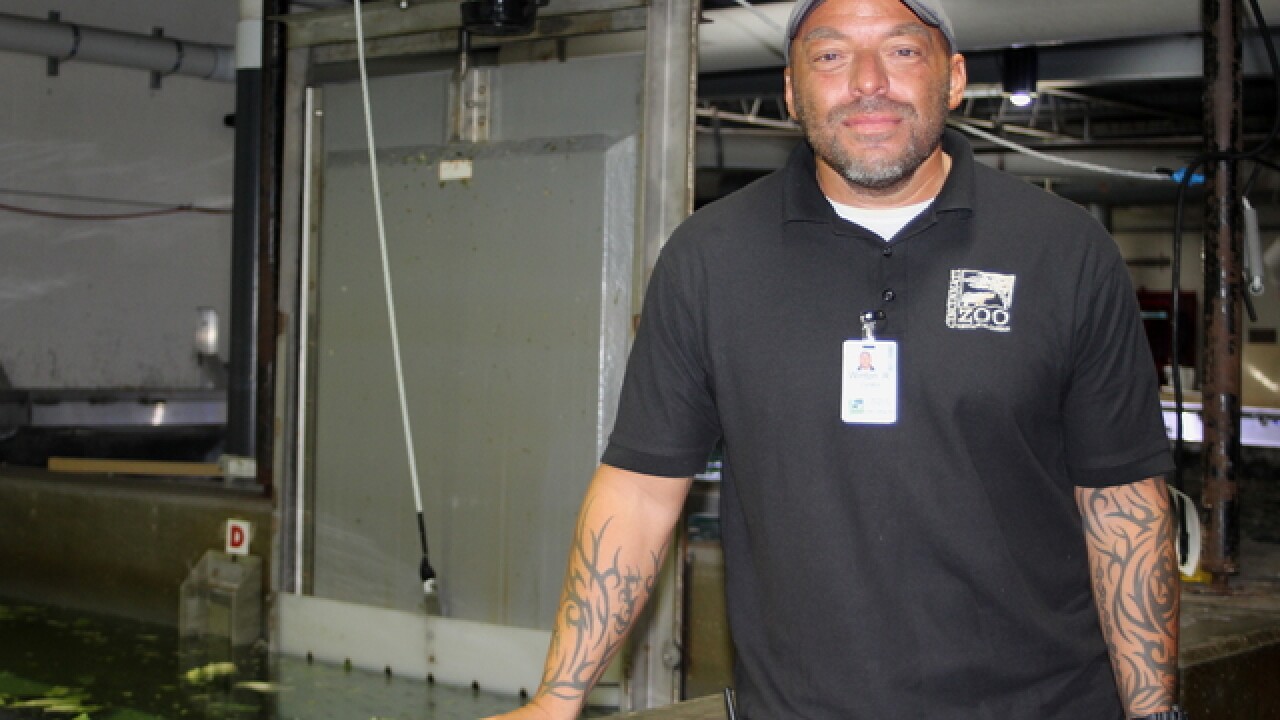 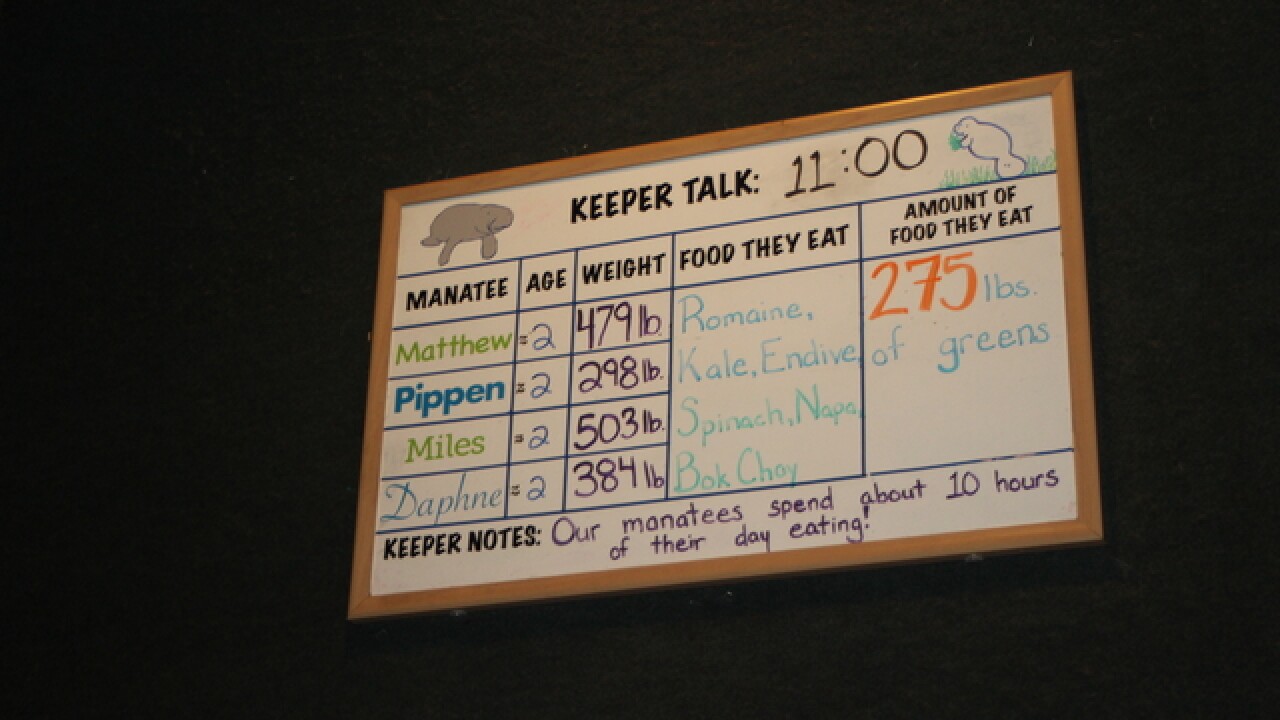 CINCINNATI -- Outside of Florida waterways and marine parks, visitors can view manatees at only two other locations in the United States -- and the Cincinnati Zoo & Botanical Garden is one of them.

The Cincinnati Zoo is shining a spotlight on some of its more massive residents to recognize November as National Manatee Awareness Month. As a member of the Manatee Rescue and Rehabilitation Partnership (MRP), the zoo acts as a second-stage recovery center for manatees in need of care. The Columbus Zoo and Aquarium is a partner as well.

"One of the reasons this program that rescues and rehabilitates manatees and releases them back to the wild is so important is because manatees have been so heavily impacted by human activities in Florida," said Winton Ray, curator of the Cincinnati Zoo's Manatee Springs exhibit. "With more than 100 million tourists in Florida and millions of boats in Floridian waterways, it's a very challenging existence for these animals."

When a manatee is seriously injured, Ray said, the animal is transported to critical-care facilities at either Sea World Orlando or Miami Seaquarium.

The Cincinnati Zoo then acts as a second-stage recovery facility, where injured manatees can recuperate or orphaned young can gain enough weight to be released back into the wild. Ray said manatees generally spend about two years under the zoo's professional care.

"The goal is to get them to at least 600 pounds before they're released," he said. "That's the minimum weight determined to get them through the winter, when they're not going to have as much opportunity to feed and the water is cooler."

Three of Manatee Springs' four current residents are quickly approaching that goal, Ray said, with Miles, Matthew and Daphne between 400 and 500 pounds and Pippin lagging behind at just under 300 pounds. He said in order to gain weight the young manatees must consume 15 percent of their body weight each day. For perspective, he said, humans consume about 2 percent to 3 percent of their body weight each day. When fully grown, female manatees weigh around 2,000 pounds and males weigh between 1,200 and 1,600 pounds.

"People are always fascinated that animals can grow so big on just lettuce," Ray said.

The aquatic mammals are the most expensive animal to feed at the zoo, said Manatee Springs keeper April Smith. She said the manatees' diet requires about 300 pounds of restaurant-quality greens per day, which adds up to about $100,000 per year. As the manatees grow, so will the amount of produce required to feed them, she said.

"Since we can't get fresh seagrass like they eat in the wild, they get 75 percent romaine and the rest is bok choy and endive, napa cabbage, kale, spinach," she said. "We kind of like to mix through the other greens so they get all their nutrients."

The logistics of accommodating such large mammals may deter many zoos from participating in the Manatee Rescue and Rehabilitation Partnership, Ray said. The Cincinnati Zoo manatees' aquatic habitat holds 122,000 gallons of water at a depth of 9 feet, with fresh water heated to a minimum of 85 degrees.

During the manatees' care, keepers and divers try to keep human contact to a minimum, he said.

"We don't want them to see people and think that's how I get fed or to gain any kind of pleasure from that interaction, because people often mean bad things for manatees: fishermen, boaters," he said. "We want them to be wild animals and not feel comfortable interacting with people."

Though the U.S. Fish and Wildlife Service downgraded the species last year from endangered to threatened, Ray said, manatees in the wild still face enormous challenges. This year, the red tide that swamped Florida waterways killed more than 100 of them, he said, with boating incidents responsible for the bulk of the 730 additional deaths.

"The population is estimated to be about 6,500 to 6,600 animals, and when you're losing that many every year it's tough for a population to grow," he said.

Since Manatee Springs opened in 1999, Ray said, keepers have rehabilitated 19 manatees with 13 of those being successfully released back into the wild. He said the exhibit remains one of the most popular at the zoo.

"I think kids just naturally love them. In spite of their size they're very graceful in the water," he said. "That's why Sleep with the Manatees is so popular -- children really do seem to love being in the building at night and seeing the manatees. It's a great program."

Ray took over as curator last October just as DHL flew 3-week-old orphaned boys Miles, Matthew and Pippin to the Cincinnati Zoo from Florida. Even though Ray started as curator of insects and birds, he said he quickly fell in love with the manatees and will find it difficult to say good-bye when all four manatees are flown back down to Florida next year.

"My job is to shepherd them through their recovery and then shepherd them back when it's time to be returned to the wild, so my job is sort of full circle," he said. "It's so difficult to see them go, but also very rewarding."