Developer has ADHD and has kids with ADHD, too 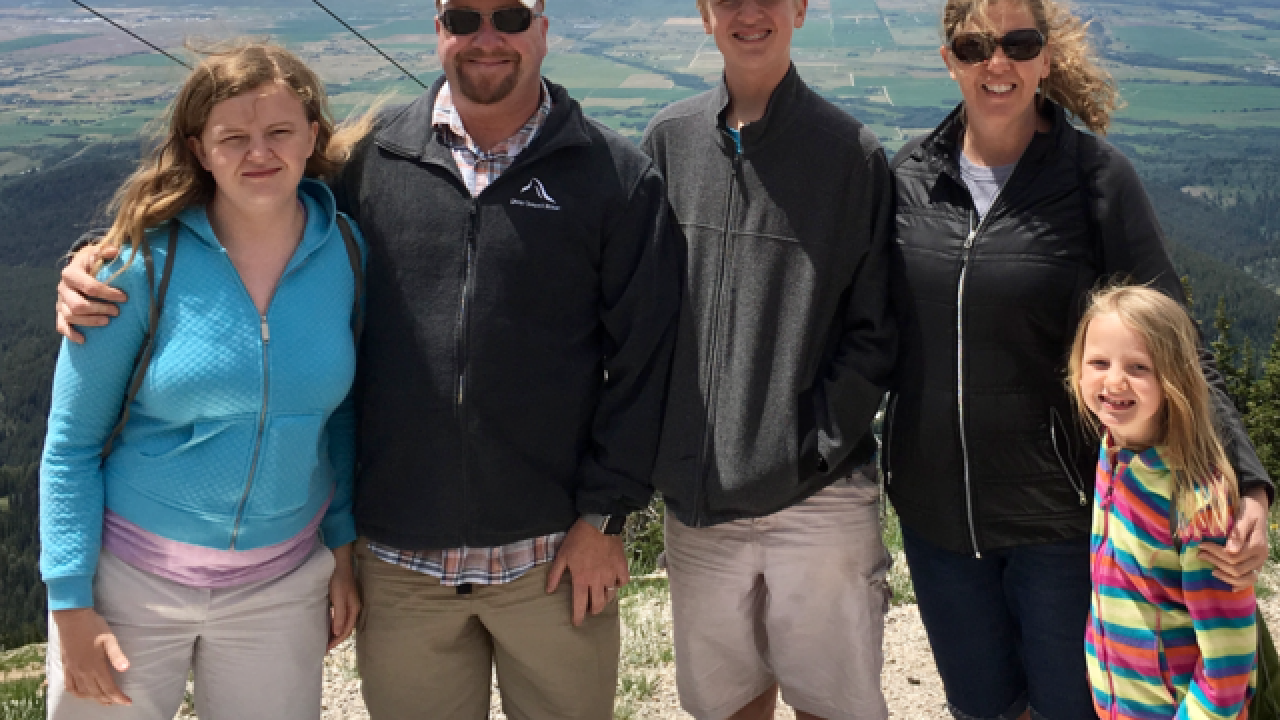 Copyright 2017 Scripps Media, Inc. All rights reserved. This material may not be published, broadcast, rewritten, or redistributed.
Provided
<p>Denise and Rich Schramm are pictured with their children: Maddie, 17; Ryan, 14, and Avaley, 8, on a vacation in the Grand Tetons last summer.</p>

When Rich Schramm was a child, he had teachers who tried to deal with his attention-deficit/hyperactivity disorder (ADHD) by beating it out of him.

"I got swats for not bringing my pencil to class," the Montgomery resident said.

Now, he's come up with a more humane solution: I Got This LLC, a startup that makes an app of the same name designed to help kids with ADHD stay focused and help parents keep them on track.

Parents use the app to set up tasks for their children. The app sends reminders to the child's mobile device and keeps sending them until the child lets it know the task is done.

Completing a task earns the child tokens, which they can redeem for whatever reward the parents want to give them. The app keeps track of how many tokens they've earned.

The app also periodically sends the child inspirational messages designed to build their self-esteem, such as listing all the famous people believed to have had ADHD, including Albert Einstein and Thomas Edison.

"He's really thought it through," said Kirsten Milliken, a psychologist in Portland, Maine, who treats many patients with ADHD. "(The app) takes into account the brain wiring of someone with ADHD … which has a lot to do with the reminders and the motivational (messages)."

There are apps out there for patients with ADHD, she said, but "to have something specifically for the family is genius," she said of I Got This.

Schramm and his wife, Denise, have three children. All of them have ADHD.

"We needed a solution that could help build their self-esteem, as well as help us, as a family, to get things done," he said. "There was nothing out there for our kind of family."

Because Schramm had worked in internet technology and development for 20 years -- he said he was the original webmaster for the Nasdaq Stock Market in 1995 -- creating an app seemed like the solution. When the Blue Ash software lab he was working for shut down in August 2015, he decided to work full time on I Got This.

The Schramms raised $120,000 to create a prototype for the app, which included all their savings and investments of $75,000, he said. Now, they've launched a Kickstarter campaign, which runs through April 6, in an effort to raise $25,000. They hope to use that money to bring the app to market sometime this spring.

How will it make money?

Their plan is to charge a monthly subscription of $3.50 per child. The price is low so that it won't be out of reach for any family, Schramm said.

"We decided from the beginning that we didn't want it to be ad-supported," he added. "We think they're distracting … kids see too many ads as it is."

A portion of the profits will go to Children and Adults with Attention-Deficit/Hyperactivity Disorder, a nonprofit that provides education and support for people with ADHD, Schramm said.

According to the Centers for Disease Control and Prevention, surveys of parents show that, as of 2011, about 11 percent of children 4-17, or 6.4 million, had ever been diagnosed with ADHD.

What's been the biggest challenge?

For the moment, funding is the major need. Schramm helps make ends meet through his own consulting business, Fairwind Technologies, which does chief-technology-officer-on-demand work.

He's awakened at 3 a.m. many nights worrying about the business, but he sticks with it because he doesn't want more children to suffer with ADHD the way he did.

"We're relying on faith and doing everything we can to make it successful," he said. "Every time we've reached the end of our rope, our rope has gotten just a little longer."