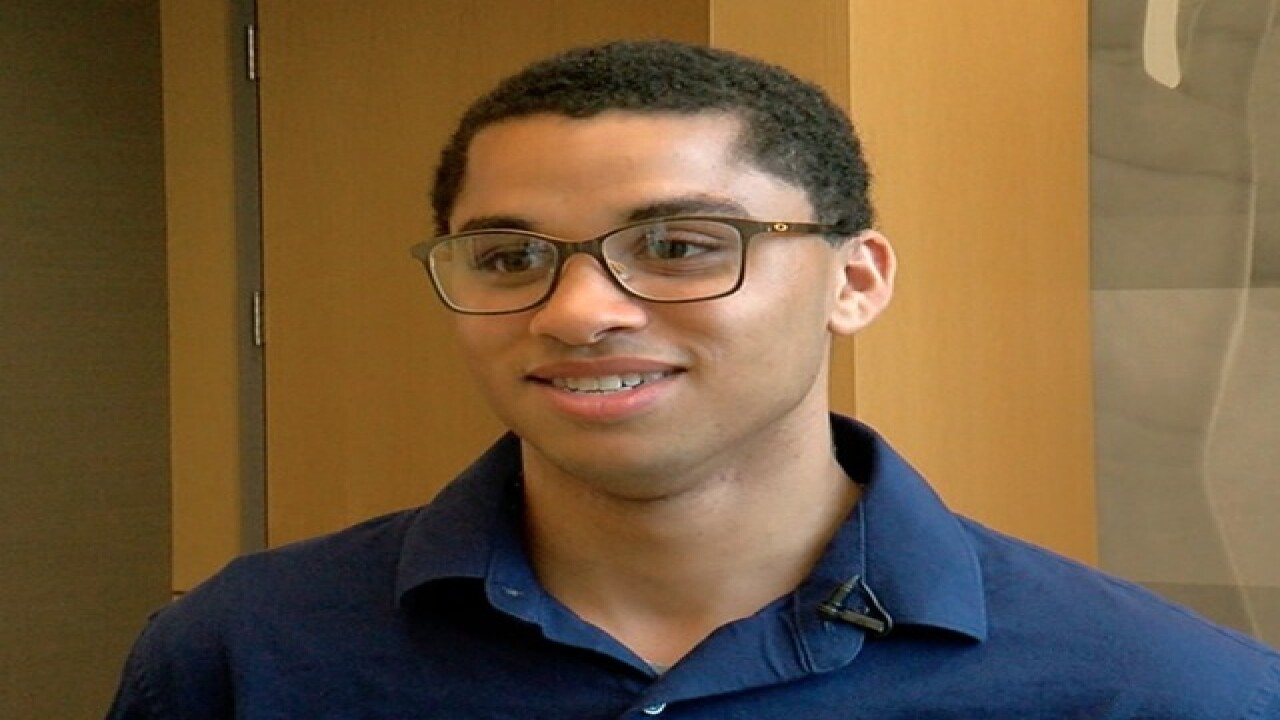 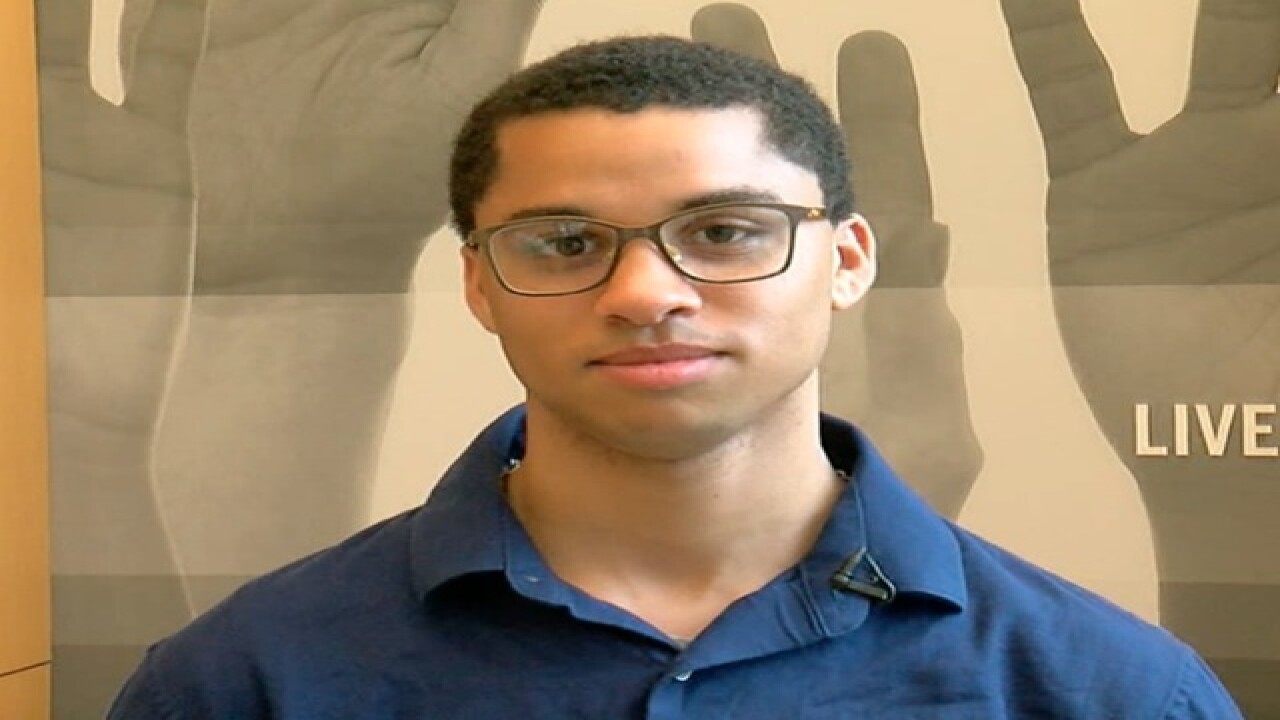 CINCINNATI -- Shawn Ingle knows what it’s like to be homeless as a teenager.

That’s why he has been working with two local nonprofit organizations to try to eliminate youth homelessness in Cincinnati and Hamilton County.

“I really don’t want any other homeless youth to be in my shoes,” Ingle said. “To be sleeping under a bridge or begging for food.”

For the past six months, Ingle and scores of other young adults, social workers and advocates have been coming up with new ideas to end youth homelessness here. Strategies to End Homelessness and Lighthouse Youth and Family Services are leading the work.

The U.S. Department of Housing and Urban Development selected Cincinnati and Hamilton County as one of 10 communities for its Youth Homelessness Demonstration Program. The goal is for the communities to come up with new and innovative ways to use federal money to eliminate youth homelessness.

Strategies to End Homelessness got a $3.8 million grant for the research and planning and has partnered with Lighthouse to create a draft plan that they must submit to HUD by July 13.

“We’re going to see that there’s not one silver bullet to ending youth homelessness in any community,” said Meredith Hicks, planning and policy director for Lighthouse Youth and Family Services. “I think every community is going to have a slightly different plan.”

The work is critically important because of the high numbers of homeless youth in our region.

Why this work is important

The typical homeless person here isn’t a wrinkled man holding a sign on the street asking for cash.

That equates to nearly 2,900 children and young adults. “We don’t want those young homeless people to grow up to be older homeless people,” Finn said.

That’s not only because eliminating homelessness is the right thing to do, he said, but also because homeless adults are a drain on the community’s resources in terms of emergency shelters, health care and policing.

“If we don’t address the needs of homeless people when they are young, then we run the risk of them becoming older homeless people that 10 or 20 years later will still be on the streets, still using our shelters and our resources,” he said.

Those working on the issue have learned that teens and young adults experiencing homelessness need different types of help than older adults, Hicks said. They have learned, for example, that staffing is critically important in programs designed for youth.

“They need to feel respected by staff members,” Hicks said. “We can have a whole host of amazing programs, but if the young person doesn’t feel comfortable there, they’re not going to do it.”

The region already has a separate homeless shelter for youth, Lighthouse’s Sheakley Center for Youth, which serves young adults between the ages of 18 and 24. There has been so much demand for the shelter that Lighthouse has expanded its capacity in a new facility in Walnut Hills.

RELATED: Building a new beacon of hope for homeless youth

“We’re going from 28 beds up to 36 shelter beds to help meet that demand that we’re seeing,” Hicks said.

The plan being submitted July 13 has more innovative ideas, too.

The region has started keeping better count of young adults experiencing homelessness, tracking them by name to ensure that each individual is getting the help he or she needs to get back on track, Hicks said.

The group also would like to expand a program that uses “host families” and create a system of shared housing for young adults experiencing homelessness.

Lighthouse already has some host families who have welcomed gay, lesbian, bisexual or transgender homeless youth into their homes through a special program for LGBT youth.

Four young people currently live in host homes thanks to funding from a private foundation. If HUD signs off on the idea, Strategies to End Homelessness and Lighthouse would be able to use federal money to expand the program.

The local working group also would like to see more flexibility with HUD dollars so that instead of directing money to a specific program, the community could use it to fund the specific types or housing or assistance that young adults need, whether that’s for young pregnant women, youth who have aged out of foster care or young people who have been the victims of crime.

“We’d be able to see, what do they actually need and be able to use the housing dollars to support that,” Hicks said.

Another idea would be to create a dedicated youth services team of 10 or so people who would work with young people and follow them within the homelessness services system and beyond.

Even if young people reunite with their families, this team would check in with them over a long period of time and offer support, Hicks said.

“We know that we have a lot of people coming back into the system around a year and a half after they exit shelter,” she said. “So we want to extend that follow up.”

Hicks said the group working on the plan for HUD hasn’t been able to figure out why so many young people become homeless again a year and a half after leaving homeless shelters.

Why so many homeless youth?

After the group gives its draft plan to HUD on July 13, it hopes to spend the next six months digging into the data it has gathered and learning more. After HUD reviews the draft plan, the community will be able to comment on the plan through the Strategies to End Homelessness website.

Hicks also expects Cincinnati and Hamilton County to learn from the other nine communities that are part of the HUD program.

Already the groups here have learned that there isn’t just one thing that can prevent young people from becoming homeless. At one of their meetings, adults working on the plan listened to young people who had experienced homelessness talk to each other.

That’s similar to what happened to Shawn Ingle.

He said he was living on his own in an apartment but didn’t feel safe.

“A lot of people were trying to break in,” he said. “A lot of the staff did not really listen. So for me, feeling unsafe, I just left and went on the streets.”

He started out “couch surfing,” staying with a series of friends until he started living outside.

He was 19 going on 20 at the time and lived that way for a while until he reached back out to his parents. They directed him to the Sheakley Center for Youth, and the staff there helped Ingle get back on track.

“I’ve finally got my own apartment now,” said Ingle, who is now 20. “I’m going to move to the Mount Washington area to live out my life to be more successful.”

For Ingle, that also means continuing to give back as part of the group working to end youth homelessness.

“For me being on this project is really remarkable,” he said. “We are really thankful for having the adults to welcome us. It’s once in a blue moon that adults say, ‘Listen to youth.’”

But to truly end youth homelessness, Hicks said, it’s one of the most important things our community can do.

More information about Strategies to End Homelessness and Lighthouse Youth and Family Services is available online.