Are schools still banning cellphones in the classroom? How local schools adapt to tech trends 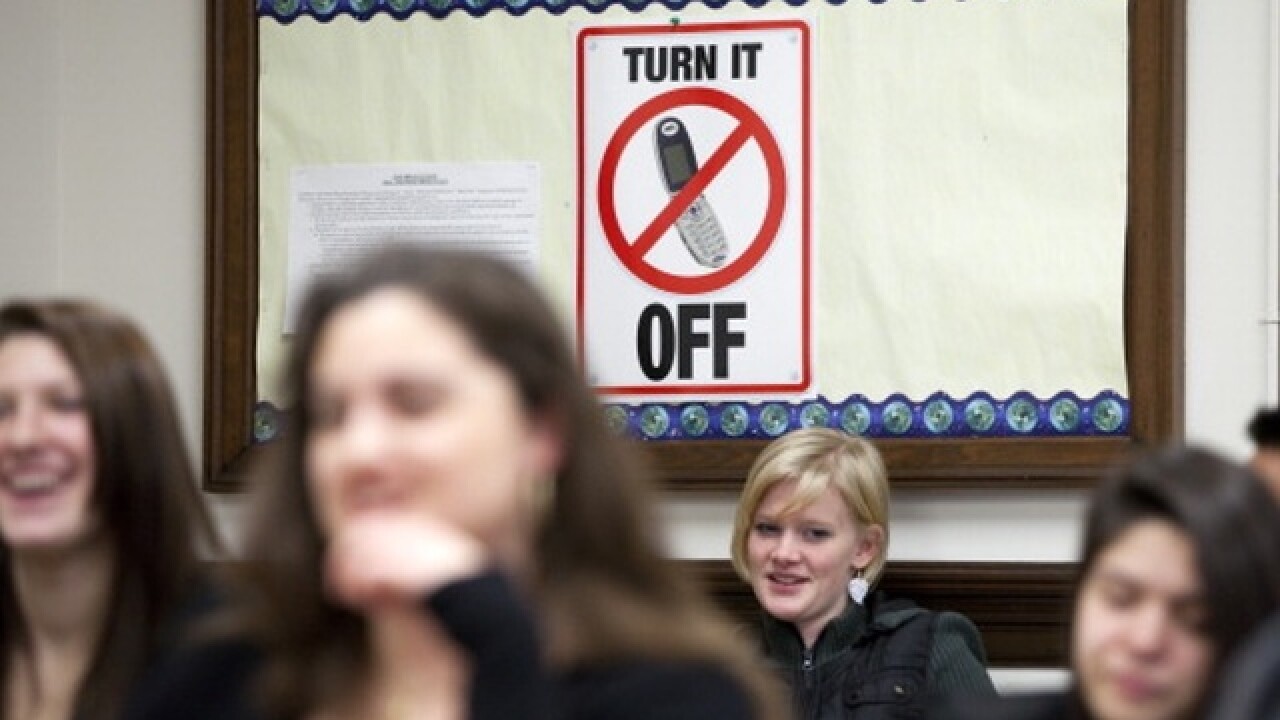 As school districts integrate laptops, tablets and smartphones into classroom instruction, policies related to technology also must keep up.

Some are written to be flexible, while others may only be as current as the latest technology, but nearly all have been modified recently or soon will be.

“We have to constantly adapt and change our policies to go along with different technologies that are available,” said Tony Thornton, director of technology for Monroe Local Schools.

Every year, Monroe officials update an acceptable use policy, which outlines how students and staff may use the district’s network and electronic devices. One of the most recent changes has been opening the policy up to include social media, to allow students and teachers to use outlets like YouTube and Facebook for educational purposes.

District officials also have begun giving principals and teachers discretion whether to allow cellphones to be used in the classroom, although the district has not officially implemented a “bring-your-own-technology” model.

Like Monroe, Franklin City Schools made modifications to the district’s acceptable use policy to prepare for a 1-to-1 technology-to-student ratio at certain grade levels, effective this fall. Every seventh- and ninth-grade student will get a Google Chromebook at the start of the 2016-17 school year.

“There weren’t a whole lot of changes to our acceptable use other than adding in the fact that now users will have their 1-to-1 device,” said Craig Irgens, technology administrator for Franklin City Schools.

Although each building in the district features stationary and mobile computer labs, there may not be as much need for them at the junior high and high school as more students get devices, Irgens said. Seventh-graders will keep their Chromebooks through eighth grade, and incoming seventh-graders in the 2017-18 school year will each get their own. Ninth-graders will keep their Chromebooks all four years of high school, with each incoming freshman class getting their own computers as well.

With devices in the hands of more students, Irgens expects more updates to the district’s technology policies.

“I would say the way things are going and the direction we’re headed, I could see us making revisions to it a little more frequently,” he said.

Other districts — particularly those where a 1-to-1 technology-to-student ratio is already in place — wrote their policies in such a way that they rarely require revision.

While Vander Veen reviews the district’s technology policies every year, Hamilton’s acceptable use policy was last updated in 2012, when the district went 1-to-1.

“We wrote this to be open enough so that it can kind of accommodate some new technologies that come into play,” he said.

When revisions do need to be made, they typically involve deleting references to old technology, he added.

Hamilton’s cellphone policy also got an update when the district went 1-to-1. Students are now allowed to carry cellphones and may use them in designated zones.

In Mason City Schools, where nearly every student is has a mobile device, district officials try to keep policies general, minimizing the need for updates.

“We adapted quickly to that because we want to make sure students aren’t having to unplug to come into school,” said Tracey Carson, public information officer for Mason City Schools.

Technology use, which falls within the school board’s student conduct policy, hasn’t been updated since 2013, she said.

The policy, which is written as a “guidepost” for students, focuses on encouraging good citizenship while discouraging actions like cheating.

“Most of those are broad and cover the same things that would apply without technology,” Carson said.

Student handbooks, which are updated annually, reinforce the broad policies with more specific technology-related dos and don’ts related to topics like "sexting."

Of the changes in the district related to technology, allowing students to use cellphones has been the biggest, Carson said. District staff and faculty encourage appropriate use of cellphones, other digital technology and even social media by talking with students and families about building a good digital reputation.

“We want students to use the platforms that allow them to connect and to share ideas and to learn about new things,” Carson said.