How did Donald Trump win? How did Hamilton County turn blue? Here are 7 big election lessons 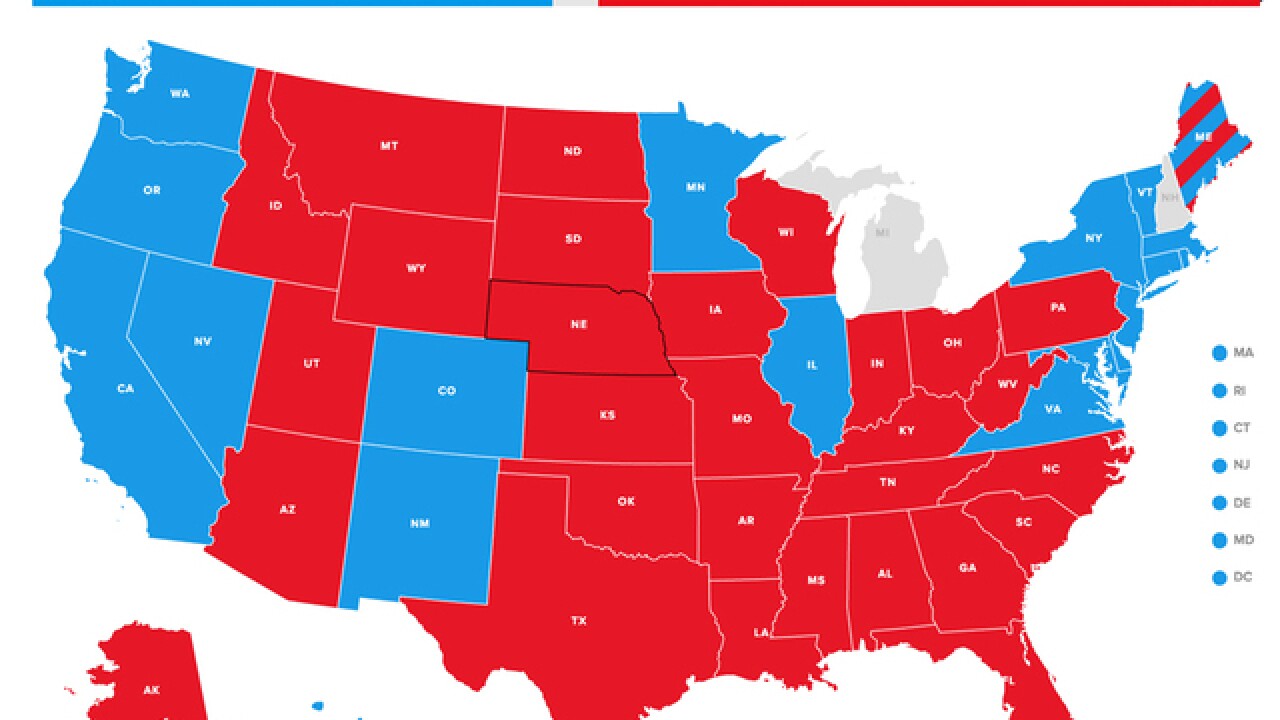 But he was feeling blue – pun intended? – Wednesday morning after Republicans lost control of the Hamilton County Commission and Democrat Hillary Clinton picked up huge chunks of the voting bloc here on Election Day.

“This election is tough,” Triantafilou said. “Obviously, in Hamilton County – not a good night.”

And despite being the guy who was at fault for Triantafilou’s bad night, Hamilton County Democratic Chairman Tim Burke wasn’t quick to declare victory, either. While Democrats picked up good wins locally, they lost control of the White House, House of Representatives and Senate all in one night.

“It’s very difficult for us to find a celebratory mood,” Burke said of Hillary Clinton’s loss in Ohio and nationally.

Both Triantafilou and Burke admitted each party made major missteps as they campaigned during a talk to local politicos Thursday at a lunch hosted by Government Strategies Group.

With Election Day finally over, here are some of the biggest lessons learned in 2016:

Clinton had a strong night in Hamilton County, where she is likely to have racked up 40,000 votes more than Trump.

“If somebody told me that, I would have expected to be very happy on election night,” Burke said.

Instead, deep cracks in Clinton’s campaign – and for Democrats, in general – were revealed in suburban and rural areas around Ohio and the country. Out of the state’s 88 counties, Clinton only picked up seven of them, most of which boast diverse, urban cores.

She even struggled in loyally Democratic Montgomery County, which is home to the city of Dayton and more white voters than Hamilton, Franklin or Cuyahoga counties. Voters in the rural, southeastern half of the state voted for Trump in margins as wide as 55 percent.

The Democratic Party, as a whole, needs to get better at talking to middle class voters and addressing their concerns in future elections, Burke said.

“He didn’t necessarily win this election on the backs of the Republican Party,” Burke said of Trump. “He won it by stealing a chunk of our base because we didn’t deliver for our blue collar, frankly, white, working-class Democrats.”

But Hamilton County Republicans here didn’t rally their base, either

Presumptive Hamilton County Commissioner Denise Driehaus crisscrossed the East Side, the West Side and everywhere in between to squeak out a likely win.

Driehaus’ presumptive win means Democrats took control of the Hamilton County Commission for the first time in a decade. And some Republicans might be to blame for that.

“My guess is when we crunch the numbers, that commissioner-elect Driehaus will have done well in neighborhoods that are strongly Republican,” Triantafilou said. “Places where we ought to run up the score and overcome some of what the Democrats do in the city.”

“Denise Driehaus and Aftab Pureval outworked them physically,” Burke said. “They were out all over the place for months. They also outraised them, which is unusual for Democratic candidates.”

Donald Trump knows how to send a good Tweet

Even at 3 a.m., Trump’s Twitter feed could quickly attract worldwide attention. His social media savvy helped him build a loyal following, which he was actually able to mobilize into votes.

“Donald Trump would put out a tweet about a rally, and 15,000 people would show up,” Triantafilou, who typically posts on Facebook and Tweets multiple times a day, said. “That ultimately meant something. We weren’t sure what it’s going to mean.”

That’s a page Burke would like to tear out of the Republican playbook. Burke, who doesn’t maintain any social media accounts of his own, would like to see Democrats broadcast their message more frequently on Twitter and in Facebook posts.

“We need to learn to do what Alex does very well, and that is take advantage of social media,” Burke said. “We’re behind the times on that.”

TV ads do work after all

Many campaigns wondered if local television campaign ads would matter in a presidential campaign cycle when viewers are bombarded with political messages every commercial break.

Triantafilou credited his big upset win, in part, with Pureval’s clever TV ads that ran across Cincinnati regularly for weeks before Election Day. Republican incumbent Tracy Winkler did not respond with TV ads of her own.

“That was one that certainly surprised us,” Triantafilou said of the court clerk race. “It reaffirms in my mind the power of a sustained effort on television. The ad spending, significant as it was, really did make a difference.”

Pureval also used his commercials to turn his unusual name, which some voters had trouble pronouncing, to help him stand out on the ballot. As a spoof on the Aflac Duck, he had a duck quack “Aftab” in his ads.

Pureval was worried his name would be more of a liability, because he received fewer votes than every other Democrat during the primary, Burke said.

“He was worried about what his unusual name was doing to him,” Burke said. “A number of us suggested to him: Find a way to turn that to your advantage. With the duck, he did. He did that with a great sense of humor.”

Why didn’t the polls predict Donald Trump’s win? Triantafilou suggested they failed to capture voter excitement that was on Trump’s side.

“Our base, whatever that base is at the moment, it was enthused,” Triantafilou said. “Our people were excited to go and vote. The people that were for Trump were diehards.”

Burke said many Democratic women voters rallied around Clinton and the possibility of the first female president. But, it wasn’t enough to overcome Trump supporters who were excited for an outsider to change up things in Washington, D.C.

“Alex is right, Trump voters were more motivated,” Burke said. “At least there were more of them motivated than Hillary voters.”

“One lesson our local party continues to have to better with is data collection,” Triantafilou said. “At a local party level, we really need to figure out who our voters are.”

More info on voters – where they live, what policies they favor, how they voted in past elections – will help the GOP target certain voters in turnout efforts for future elections.

And Triantafilou is counting on his millennial political director to help him learn how to mine more info on voters and Republican supporters.

“He’s going to drag his middle-age chairman along and we’re going to learn about data,” Triantafilou said.

Democrats have got the early voting number down: They offered free tacos from food truck, handed out donuts and candidates stood nearby handing out campaign fliers as people waited in line last weekend to cast their vote.

That type of strategy is something Republicans are still grappling with since many of the people casting their votes early tend to lean Democrat.

“We struggle as Republicans, nationwide, on the early vote and getting people to cast their ballots earlier and lock it in,” Triantafilou said. “Do you go and work that line as politician? Because those are (Democrat) voters do you spend a whole day telling people who not to vote for?”