How did Dayton Independent Schools bounce back after years of low performance?

District has made significant academic gains 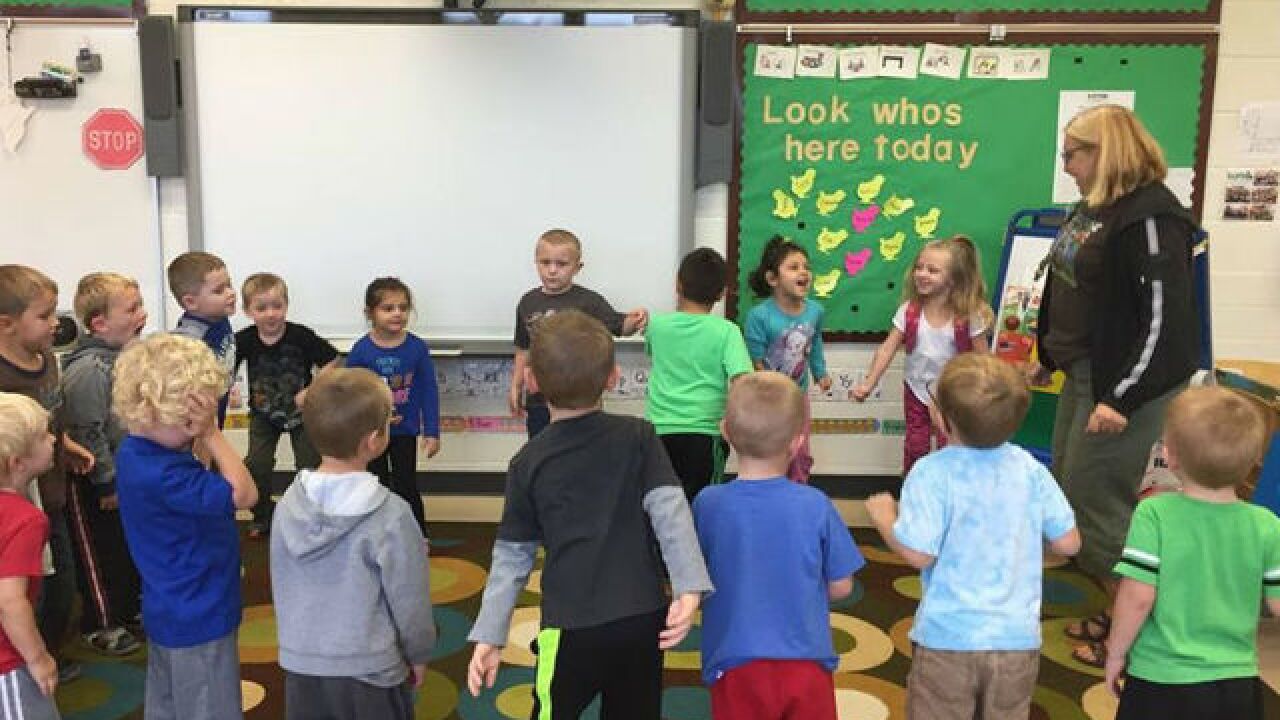 <p>Students in a preschool classroom in the Dayton Independent Schools district participate in an engaging, active lesson. Dayton students have made some major academic gains over the past several years. Photo provided</p>

DAYTON, Ky. -- Dayton Independent Schools may have appeared to hit rock bottom a few years ago, when a scathing state audit uncovered that its former superintendent had embezzled hundreds of thousands of dollars from the already struggling district, but that was just another obstacle its students had to overcome on their climb to success.

Today, Dayton is thriving. The small, urban school district has gone from being one of Kentucky's lowest performing districts five years ago to earning the state Department of Education's coveted distinguished/progressing rating this year.

With former superintendent Gary Rye's scandal behind them and unprecedented gains in student achievement across the board -- from its kindergarteners' readiness for school to its 11th-graders' ACT and college/career readiness scores -- students and staff alike are only looking ahead, according to superintendent Jay Brewer.

“It’s a new day in Dayton,” said Brewer, who took over the district’s top leadership position in 2012. “Just six years ago, the district ranked 171 out of the 173 public school districts in the state. We’ve moved up 100 spots.”

So how does a school district that has faced myriad obstacles, including an 85 percent free or reduced-price lunch eligibility rate, make such significant academic gains in just a few years?

Everyone, from the students and staff to the larger Dayton community, got on board to improve student achievement, according to Brewer. And they all got aggressive.

That aggressive approach is evident when you look at Dayton’s most recent district report card, which was released earlier this fall. The Kentucky Department of Education releases the reports annually and they include details from the previous school year in a variety of areas, including test performance, kindergarten and college/career readiness measures, ACT scores and graduation rates.

The district improved across the board and went from a "needs improvement" rating, meaning its collective scores were not high enough to reach proficiency, to a "proficient" rating this year for the first time ever. After the initial release of the ratings, however, additional data from Dayton recently earned the district the state's higher “distinguished/progressing" rating.

When you compare state assessments from year to year in Dayton, one gain that stands out immediately is its students' performance on Kentucky's Common Kindergarten Entry Screener, the BRIGANCE Early Childhood Kindergarten Screen III, which assesses a child's development in five areas: academic/cognitive, language, development, physical development, self-help and social-emotional development. The annual screen gives school districts an indication of the number of children who are entering their schools “kindergarten ready.”

Data from last school year’s screening show that 52 percent of its BRIGANCE screen-takers were considered kindergarten ready compared to around 28 percent just two years ago. (State results have hovered at 50 percent for the past few years.)

That’s an important gain, according to Rick Wolf, Dayton’s director of teaching and learning, because when students start out behind, they tend to stay behind.

"It’s like if two people were running a mile together and one started out a half-mile ahead," he explained. "It’s unlikely the other would ever catch up."

Wolf credits the district’s push to get as many students as possible into its preschool programs, as well as early childhood learning programs and initiatives that have been implemented.

Another example factoring into the district's success is its partnership with Scholastic to offer its preschool and Head Start students free books through a new "Book a Week" program, Wolf said. The program launched last year and provides an early childhood-level book to each student each week over the course of the school year, totaling 30 books a year. The books are used for classroom instructional activities and then sent home with students, along with a list of suggested themed activities parents can do with their children.

"In a lower socio-economic area, children don’t always have a house full of books," Wolf noted. "It’s such a great resource and a way to connect families with age-appropriate books that will help their young children develop strong literacy skills."

In addition to its commitment to providing students with a more rigorous and engaging curriculum, Dayton takes a "whole child" approach to help break down any barriers to student learning. The district has made professional counselors a priority and pursued grant funding to help provide them at both its elementary and middle/high school.

More than a third of Dayton students currently receive services through the clinics, according to Ron Kinmon, Dayton’s director of student support.

The National School Lunch Program provides breakfast and lunch for its students, but Dayton also offers an optional dinner program to ensure students can eat healthy meals throughout the day.

"Our goal is to make sure all of our students’ needs are being met," Wolf noted.

Parent and community involvement is also a big part of the equation. Dayton serves as a model district for the Northern Kentucky Education Council’s One to One program, a regional literacy and math coaching program that connects trained volunteers with first- through third-graders who are struggling with reading or math. The coaches practice with the same student for 35 minutes during the school day once a week, using a simple format developed by the council.

Brewer serves as a coach, as does much of the district administration team. Community leaders, retired educators, parents and local business owners have also come on board.

Both middle and high school students can receive tutoring after school through programs and partnerships as well.

Dayton has also expanded relationships with Northern Kentucky University and Gateway Community and Technical College to improve opportunities for students during and post high school. More of its high school students than ever before are taking advanced placement (AP) courses, and some are earning high school and college credits concurrently through dual-credit courses.

Similarly, the percentage of students meeting the Kentucky Council on Postsecondary Education’s college readiness benchmarks on the ACT also increased to nearly 46 percent, which is up from about 42 percent during the 2014-15 school year and just under 40 percent the previous year.

"We’ve been very intentionally looking at data and making decisions based on what we’re seeing," said Wolf. “We also let the kids know where they are because it’s important they are in charge of their own learning."

The school district has also stepped up communication with its students, parents and larger school community with improvements to its website and frequently updated Facebook page. Dayton also regularly surveys its parents and hosts open houses and other school events.

“In our district, you’ll hear everyone, including the kids, talking about numbers and data,” said Wolf. “Everyone is invested and contributes to our kids’ success.”

As word spreads of Dayton’s continued academic success, the perception of the once low-performing district is changing, according to Wolf, who has worked in the district for 16 years and held a variety of positions, including teacher and principal at the high school.

Walk into either Lincoln Elementary School or Dayton High School and you’ll see evidence of the shift, he said.

And the best part?

"There has been a huge shift in the culture here,” Wolf explained. "It’s a different school district today than it was even five years ago. Our students walk out of school every day proud of their school, and proud of what they’re doing and all they have accomplished."