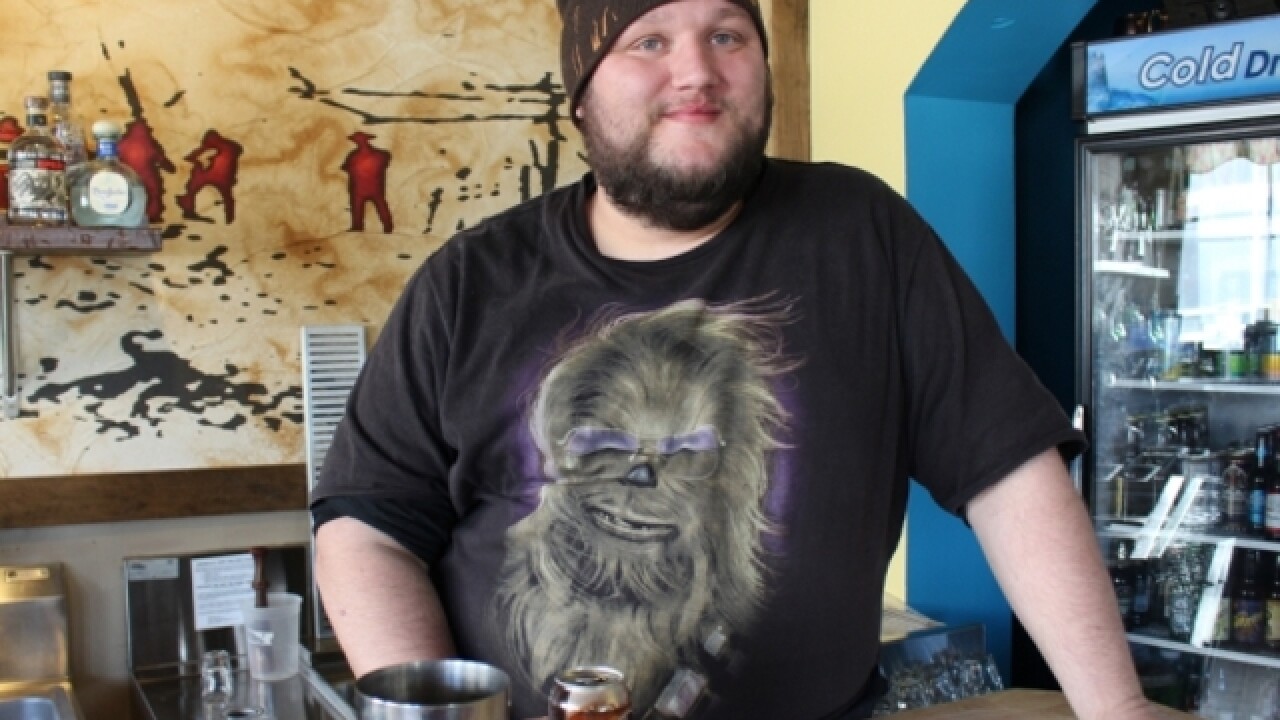 For the last couple of years, Josh Campbell's life has resembled the chef edition of "Where's Waldo?" But this Cincinnati native is back, and he might be here to stay.

Campbell is now the chef and owner of Django Western Taco, a chef-driven Tex-Mex eatery in Northside. His most recent "cheffing" stints include Hi Hello restaurant in Brooklyn, New York, and The Dove, a fine-dining restaurant in Tortola, British Virgin Islands.

"I own Django now, so no more moving," he said.

Campbell has a history of going to faraway places. He got a football scholarship to the College of the Sequoias, a community college near Fresno, California. When he realized the traditional classroom wasn't for him, he headed for the Florida Culinary Institute in West Palm Beach instead.

Since graduation, he has worked at restaurants in Jensen Beach, Florida, The Bahamas, and even earned a diploma from the Royal Thai School of Culinary Arts in Bang Saen, Thailand. In between these distant gigs, Campbell worked at a few places locally, including the now-shuttered Lavomatic, Mayberry and Skinny Pig restaurants.

On the day I met Campbell, he was sporting a full-front Chewbacca shirt. (He's apparently a fan of the “Star Wars” character and delivers a pitch-perfect Wookie growl.)

I was in for a treat: He would show me what goes into Django's signature hot sauce. He called out the list of hot peppers: guajillo, arbol, chipotle and ancho.

"I like it for the raisin-y flavor,” he said, referring to the dark, almost black, ancho peppers. Ancho peppers are dried poblano peppers, with medium heat and a sweet flavor. Guajillo peppers are thicker and more leathery, with a dark reddish-brown hue.

Campbell pointed to the small, high-heat arbol peppers and said, "Then we have the fire starters there. I love the citrusy heat." Campbell uses canned chipotle peppers in adobo sauce, which is a type of tangy tomato sauce.

The chef named the rest of the ingredients: light brown sugar, yellow onion, garlic and equal parts fresh thyme and oregano. He walked toward the cooking line in full view of the dining area, and dropped the onion, garlic and tomato onto the "flat top" (gas griddle).

"I want to get a little color on the onion and garlic, and a little black on the tomatoes," he explained.

Campbell put water, white vinegar, brown sugar, chipotle peppers, oregano and fresh thyme in a pot and set it on the burner. He moved on to remove the stems and seeds from the other hot peppers, then quickly toasted the chili peppers on the flat top.

"We're basically warming the peppers to release the oils, then they go straight in the pot," he said. He warned that peppers turn black and bitter if over-toasted.

Once the peppers were all in, Campbell allowed them to steep for 15 minutes.

"We're going to put a little something else in there you're going to be highly surprised about," he said.

The chef pointed to a quart-container of a dry white substance: MSG.

"We use a little bit of it, just like salt," Campbell said.

Campbell picked up the pot of chili peppers, along with the charred tomato, garlic and onion, and came out from the cooking line. He motioned me to head on over to the preparation kitchen in the back.

He gingerly put the ingredients into the blender, added a sprinkle of salt and MSG and gave the chunky liquid a good whirl. He poured the slurry out and invited me to taste.

The once heterogeneous, chunky liquid had transformed into a handsome, gleaming dark red sauce. The vinegar rose from the sauce, delivering a good punch to the nose. The sauce then unfolded its complexity — its tang, slight sweetness and savory body. Then there was the smokiness, which gave depth to the whiffs of garlic and herb. The heat was surprisingly mild, leaving a pleasant tingle.

With an awesome sauce like this, Cincinnati diners might want Campbell to stick around for a long time to come.

Campbell recommends letting the sauce sit overnight before serving. When properly stored under refrigeration, the sauce keeps for a couple of months. At Django's, the chef carefully ferments the sauce for seven days to more fully develop the flavor. Campbell also plans to age the sauce in a bourbon barrel in the near future.

“How Chefs Roll” takes you inside the kitchens of local chefs to see how they roll with seasonal flavors, their favorite ingredients and how they prepare them for their restaurants. Grace Yek is a certified chef-de-cuisine with the American Culinary Federation, and a former chemical engineer. Questions or comments? Connect with her on Twitter: @Grace_Yek