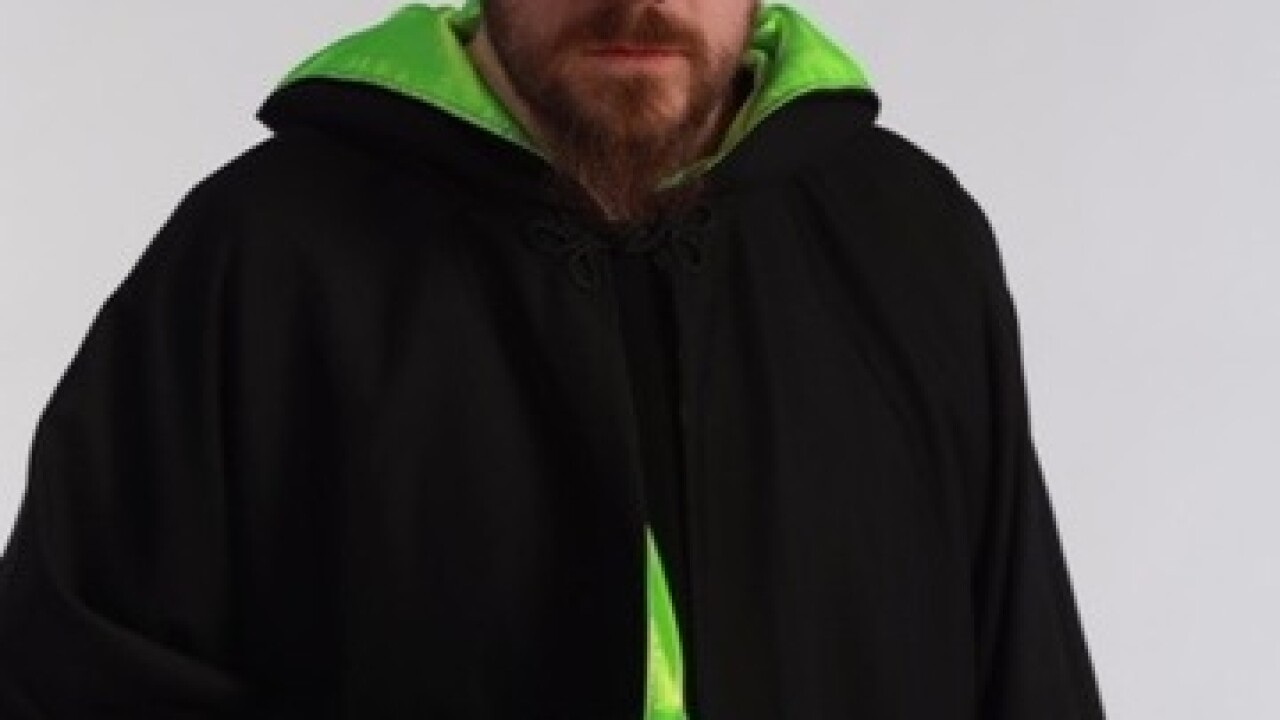 <p>Michael "Shaggy" Macht of Middletown, in costume for BattleBots appearance</p> 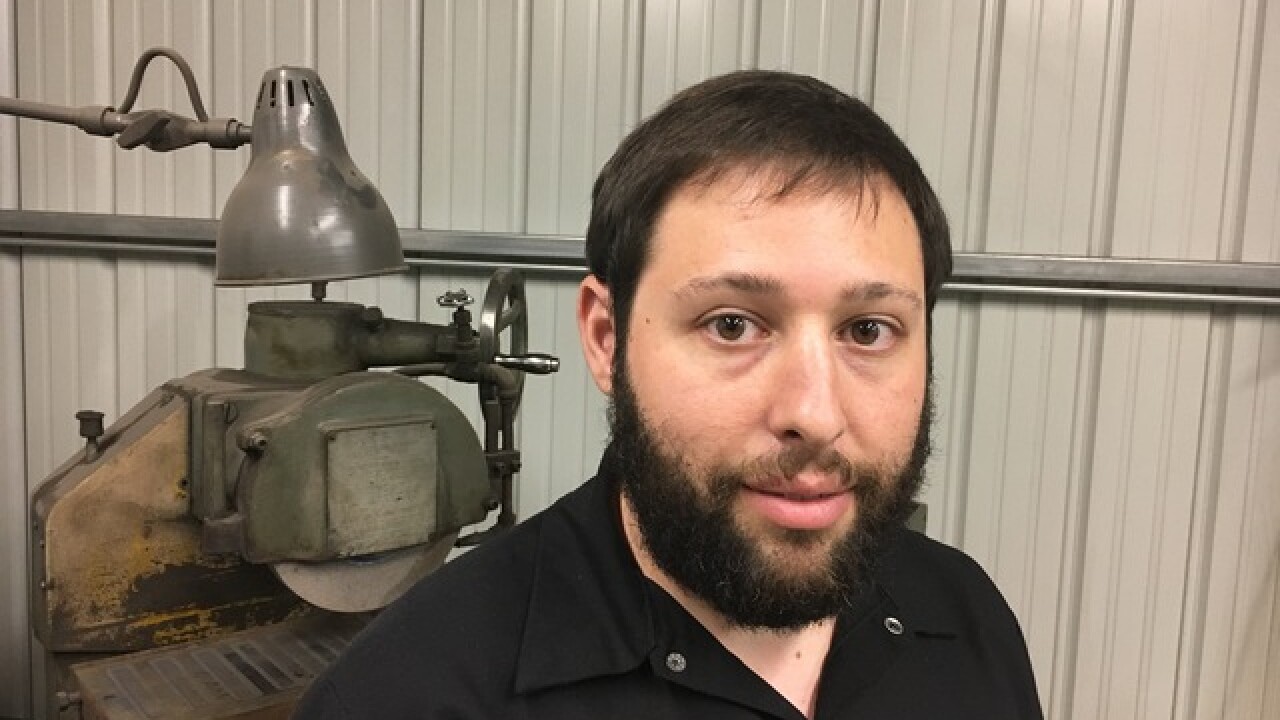 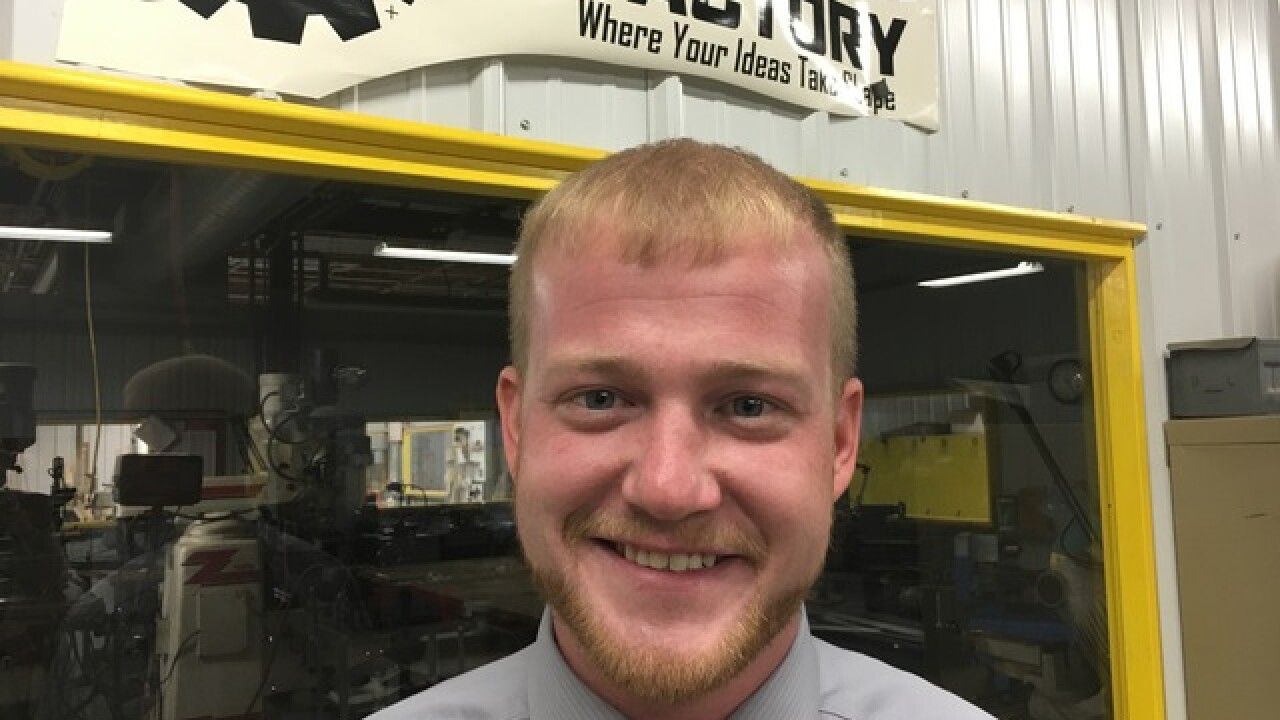 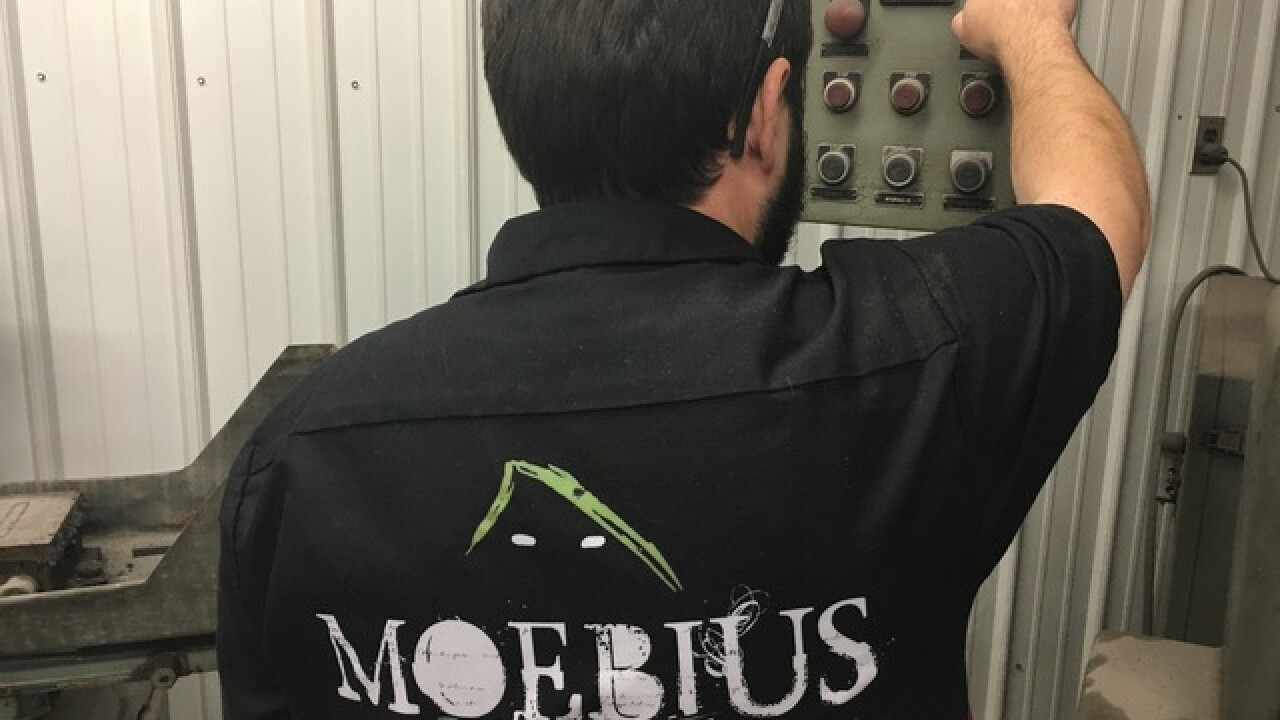 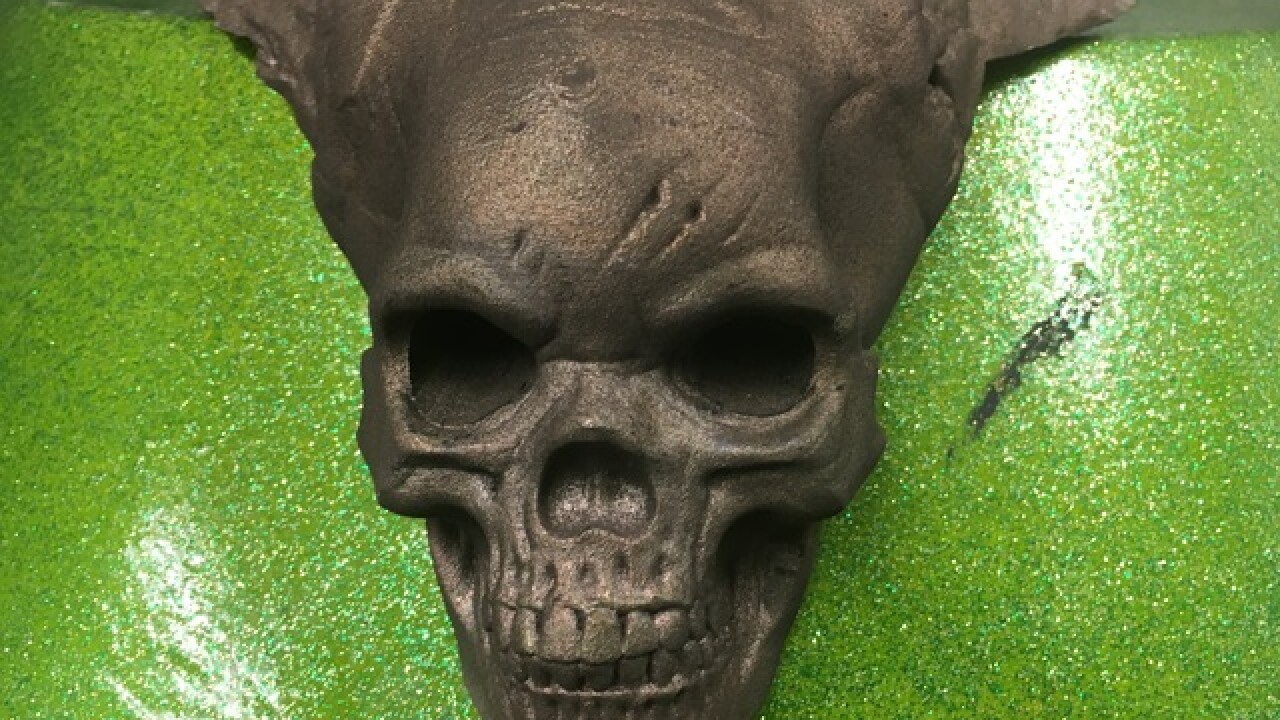 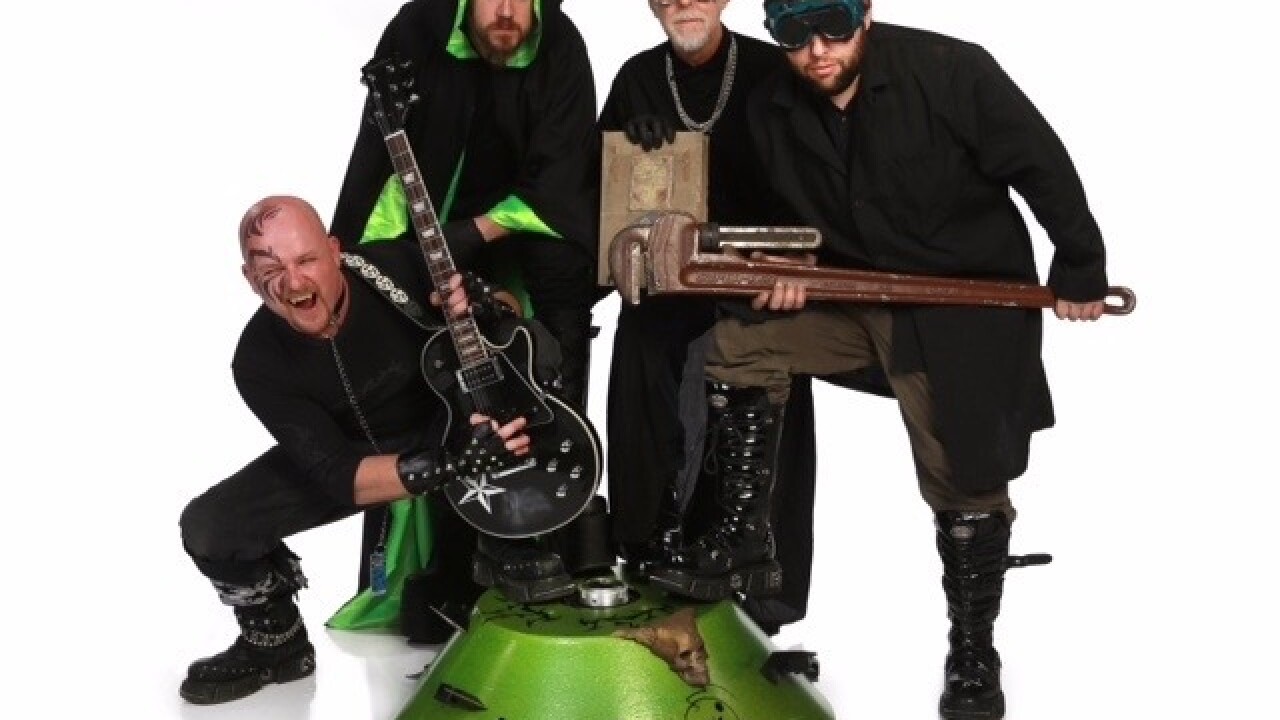 UPDATE: After Team Moebius was defeated by Team Brutus on ABC's BattleBots show Thursday, it told its Facebook fans it's "already working out plans for next year."

CINCINNATI - When Michael “Shaggy” Macht makes his appearance on ABC’s BattleBots show Thursday night, he’ll celebrate the feat with friends at The Manufactory in Sharonville.

“They kind of had a hand in almost every part of it,” said Macht, an engineer from Middletown who spent six weeks building his robot warrior, Moebius.

Macht is a member of The Manufactory, a “maker space” where inventors have access to milling, grinding and cutting tools to bring their ideas to life.

He credits fellow members of The Manufactory with making parts for his BattleBot, sharpening its ax blades and applying its neon-green finish.

“There’s a big table. I just had it out there,” he said. “People just kept giving me advice.”

The end result was Moebius, a spinning robot that weighs about 250 pounds and has an armored shell with ax heads that chop like a blender when the machine gets to its top speed of 399 miles per hour.

BattleBots is a “killer robot combat sport” in which competitors design and build robots that fight to the finish in a single-elimination tournament. The made-for-TV sport aired for five seasons on Comedy Central. ABC brought the show back to life last summer, committing to 10 episodes this year.

The episode featuring Macht and the rest of Team Moebius was filmed in Los Angeles in April and airs tonight at 8 p.m. on WCPO.

“I can’t say a whole lot about how we did,” Macht said. “We brought a very competitive robot. I’m happy with how the design came together and we put on an amazing show.”

Joining Shaggy on Team Moebius is Chrystopher Rhodes of Dayton, Kevin Berry, a former NASA employee from Florida, and Seth Cohen, education coordinator at The Manufactory.

“None of these parts you buy,” Cohen said. “You pretty much make everything. So, that’s one of my favorite parts is just fabricating all of these things.”

Macht is a Montgomery native who graduated from Cincinnati Hills Christian Academy. He works as a field service engineer for EOS, a German company that makes 3D printers. That experience came in handy when Macht designed the nine spinning ax heads that serve as Moebius' main weapon. They were made with a 3D printer.

“We call them blades. Or teeth,” he said. “They’re about three pounds apiece and made of Inconel (a chromium-nickel alloy). It’s a very hard material they use for jet engines.”

This is Shaggy's second appearance on BattleBots. When he lived in Florida, he built an earlier version of Moebius with a friend, Buzz Dawson. After Dawson died in 2014, Macht decided to pay tribute to his pal by resurrecting the spinning bot, a fan favorite in Season 5.

Macht's new BattleBot quest brought some energy and excitement to the 3-year-old Manufactory, which has 125 members paying $120 per month for access to tools and advice. Founder Kyle Krieg is hoping the experience brings more members to his maker space and inspires the formation of some new Cincinnati-based BattleBot teams for next year.

“Given Michael’s background and how complex his mind is, I think he could have easily done it himself,” Krieg said. “But it was a lot of fun that he got us involved and we were able to speed things up a little bit for him.  I think people look at his bot and get different ideas from it.”