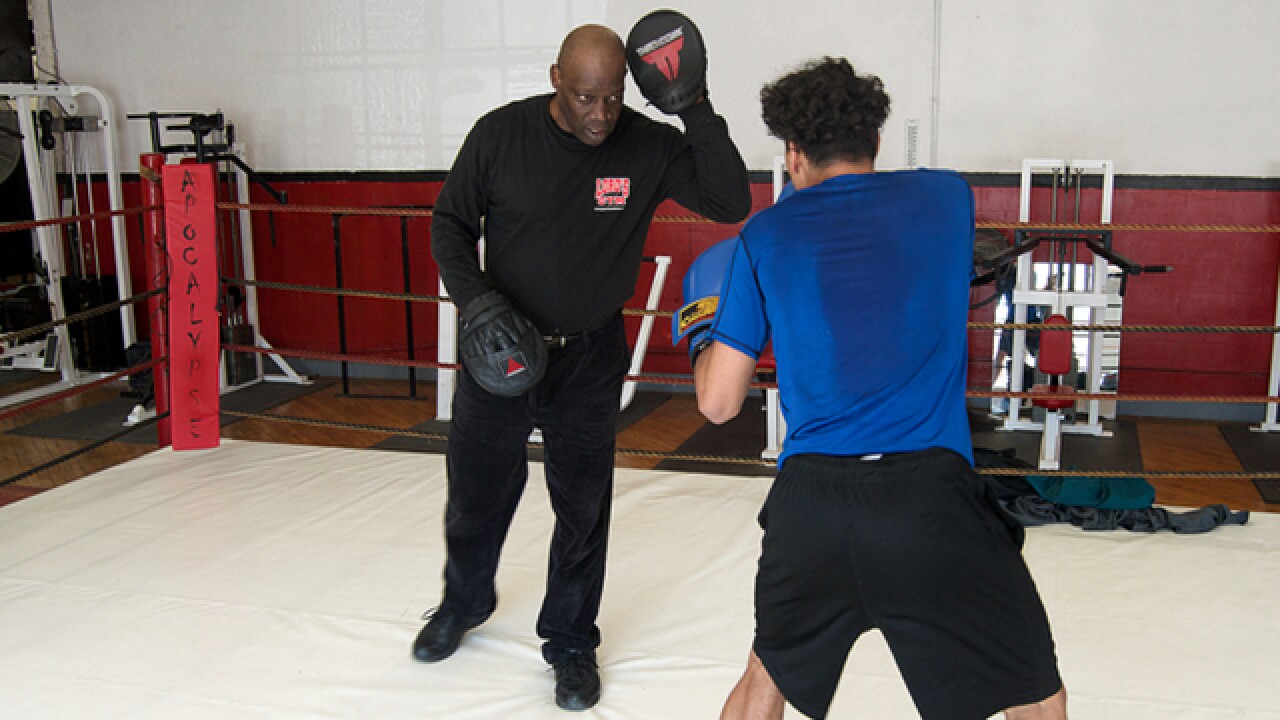 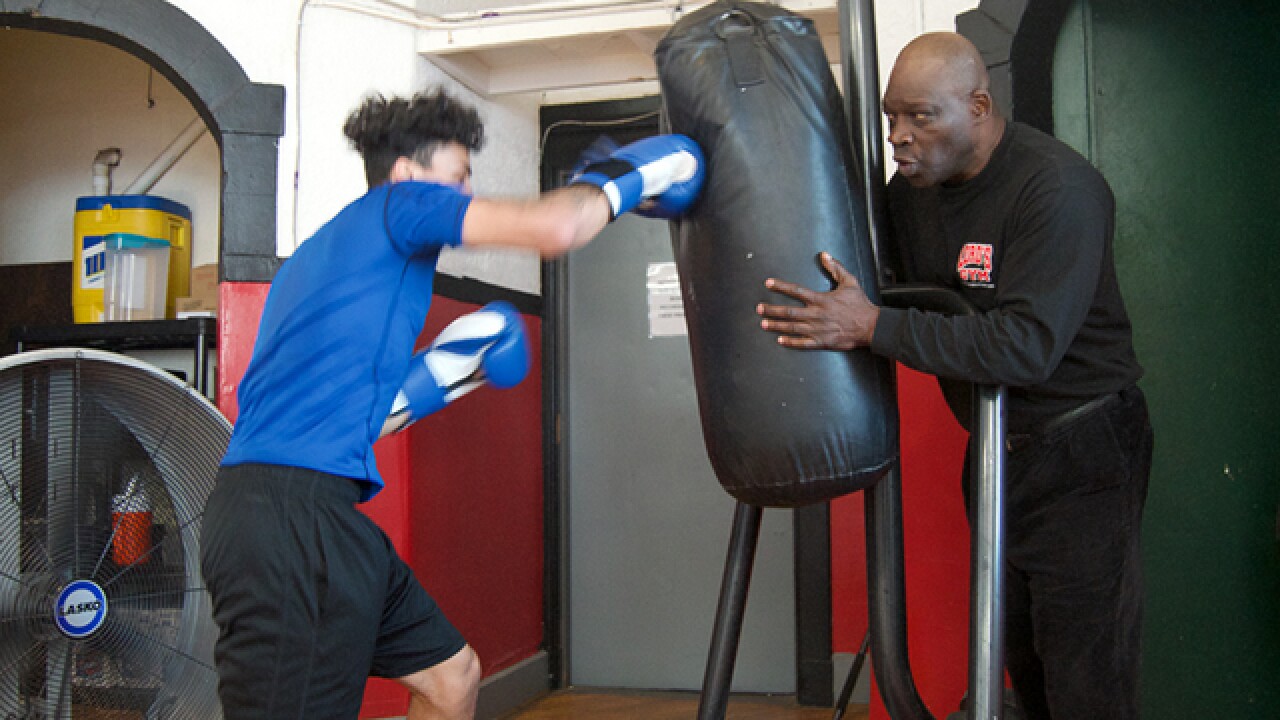 COVINGTON, Ky. -- Long before his fans called him “Cobra,” Jeffrey McCall took his mother’s mops and brooms, dragged them to the backyard and built a makeshift boxing ring.

Between listening to Muhammad Ali matches on the radio, McCall begged the neighborhood kids to challenge him, and he dreamed about being a World Champion as he ran the hills of Eden Park and trained with his older brother in the gym.

McCall won a Golden Glove by the time he was 15, and he earned the nickname “Cobra” a few years later.

McCall’s boxing career took him around the world. He competed in Europe and South America. He even fought Vinnie Curto, a fighter managed by Sylvester Stallone, at Caesar's Palace in Las Vegas. But McCall, now 59, never thought his expertise in boxing would land him a spot training men at The Lord’s Gym in Covington.

The sounds of impact were explosive as McCall and a student danced around a boxing ring in the middle of the gym. A bell rang in the corner of the ring to signal the end of a routine. McCall brought his elbow to his forehead, his sleeve drenched in sweat.

After decades of boxing, McCall still can’t get enough of the ring, but his teaching goes much deeper than technique.

"I wanted to give something back to boxing,” McCall said. “I wanted to try to get some of the kids off the streets and get them out of the gangs. I know they want to be involved in something, so I started the boxing program so they could be a part of something that was more positive."

McCall isn’t the only person passionate about helping others. Chaplain James Duncan has headed operations at the gym for nearly two years. He said he “fell in love” with serving people when he started outreaches for those experiencing homelessness in Covington eight years ago.

"It's a calling,” Duncan said. “I couldn't do anything else.”

Anyone can join the gym, but it primarily serves men experiencing homelessness. It’s not all about working out, either. Duncan, in partnership with the Job Center, helped 72 people get full-time jobs last year. This year, Duncan hopes to secure a job for 100 people.

The Job Center donated two computers last month, and Duncan said he hopes to do background checks and drug tests out of the back of the gym to expedite the hiring process.

Along with helping people find employment, The Lord’s Gym provides people a space to work out, enjoy a free meal and engage in Bible studies, should they choose to participate.

The working out component is especially important for those with substance use disorders; eighty to 90 percent of the men who use the gym are either in active addiction or have achieved sobriety, Duncan said.

"Replacing those addictive behaviors with good, healthy habits ... that replaces some of the neurotransmitters that they get from doing meth, from doing heroin, you can get that rush a different way from exerting yourself from exercise, but you do it in a healthy way versus sticking a needle into your arm,” Duncan said.

If someone wants treatment, Duncan said he can get them a bed almost immediately -- something that is almost unheard of in the Greater Cincinnati area --  at the Lazarus Rooms in Mariemont.

"If somebody walks in and is in active addiction ... we'll contact (Lazarus Rooms) and they'll come down and pick them up within 30 minutes, get them off the streets and into a bed,” Duncan said.

The Covington location serves 60 to 70 people a day, Duncan said. There are two other locations in Over-The-Rhine and Price Hill.

“It's not a money thing, but we want them to have some type of ownership and some pride to where they can say, 'Yeah, this is my gym. Here's my membership card,’” Duncan said.

Todd Thompson considers himself one of those proud members.

The 50-year-old said he joined The Lord’s Gym, in part, because he was diagnosed with spinal stenosis two years ago.

“I wouldn’t wish that on anyone,” Thompson said. “Some of the doctors said I would never walk again. Since I’ve been coming here, I kind of hobble a little bit, but steady but surely -- through prayer and push ups -- I’m coming along.”

In the year that Thompson has been a member, he’s lost 50 pounds. What started out as a physical goal turned out to be a lifestyle change, he said.

“I really need this place,” Thompson said. “It gives me a chance to minister the best way that I can to other people who come in here with no direction, and toward the end of the day, they may leave with some type of hope.”

Duncan said he needs the gym, too. He said he can’t imagine going back into the corporate world after years of serving others.

McCall said Duncan’s work is “a blessing.” He said he shares Duncan’s joy in giving young men a sense of belonging and purpose.

"This is my life,” McCall said. “I love doing this. I get great enjoyment out of this. There's nothing better than seeing some of them mature and the great talent -- you get to see some of the art that you helped put into them."