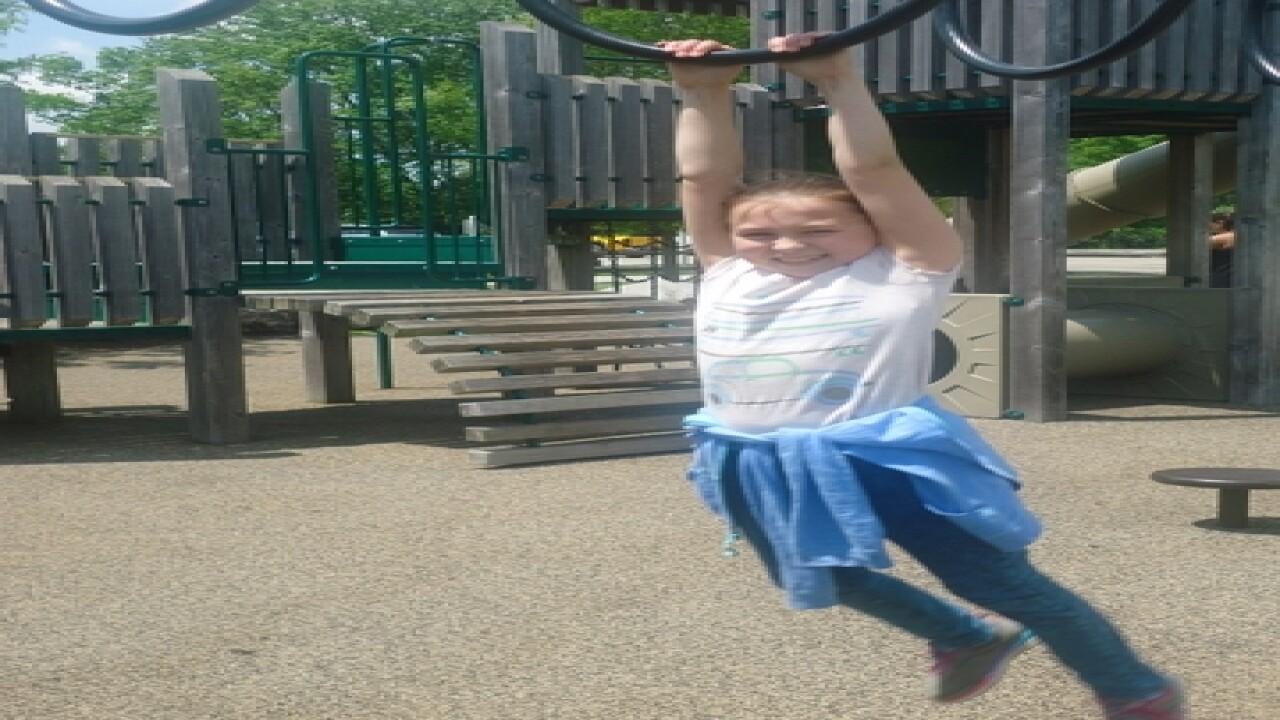 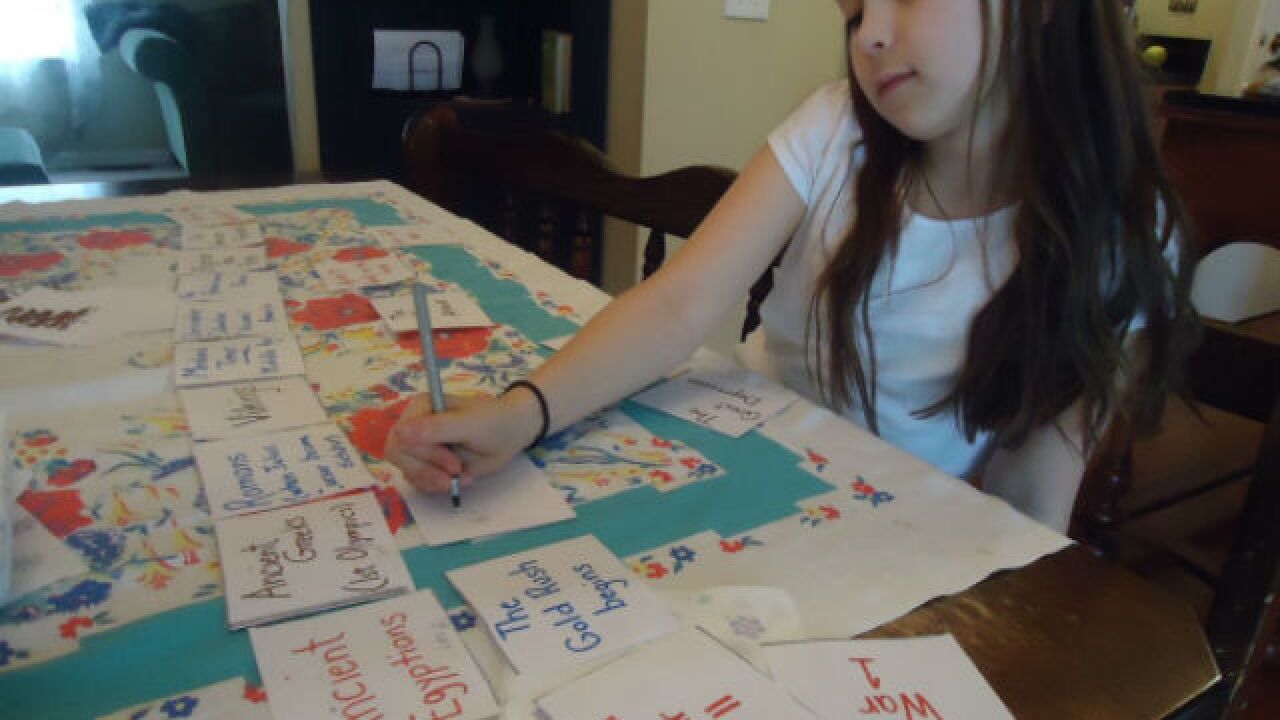 CINCINNATI — Public school students aren’t the only pupils who get a break this summer. Many homeschooled youths also have some form of summer recess from structured studies.

The relaxed schedule isn’t an intermission from learning, though.

“It’s not as structured, it’s not as rigid, but we do definitely get the math books out,” said Kelley Williams, who homeschools her daughter, Emery.

Williams, of Batavia, had considered homeschooling her son, Joel, but doubted her ability to do so. Then, she heard about Days of Wonder School and decided to give it a try.

Days of Wonder is a school in Batavia for students whose parents want to homeschool while also giving their children opportunities to learn and socialize in a classroom setting.

During the school year, which runs at approximately the same time as that of public schools, students attend classes three days a week. Optional classes are offered the other two days of the school week, but many pupils study at home on those days.

Joel decided to return to public school for high school. However, Emery, who started homeschool three years ago as well, loves it and “has really taken initiative in her learning,” Williams said.

“Her nose is in a textbook less, but I think she’s making a lot of meaningful connections in her learning through hands-on activities,” she said.

Summer camp sessions are available at Days of Wonder from June through early August, but the Williams’ schedule generally reflects that of the regular school year, with a break for summer.

“Typically, we take a break because I think they just need to,” Williams said.

She may not be taking regular classes from the end of one school year to the start of the next, but Emery has plenty of educational activities planned over the next couple months. She plans to do a book club with a friend and will continue to read regularly and occasionally study math in workbooks or online.

Her family also will go to South Dakota on a mission trip, which Williams hopes to use as an educational experience.

Beth Cain, who also lives in Batavia, homeschools her five children, who range in age from 5 to 16 years.

She generally sticks to a structured routine during the school year. The day starts around 9 a.m. and wraps up around 2 or 3 p.m., after touching on each core subject taught in most school settings.

During the summer, she still makes sure her children take about an hour and a half every day for Bible reading, read-aloud novel reading and silent reading. Beyond that, they keep busy gardening, swimming and spending time with friends.

“It’s more laid back during the summer,” she said. “It’s not as structured as the school year.”

Like the Williams family, the Cains also try to incorporate learning into vacations. While traveling to Montana this summer, they plan to visit national parks for fun, educational experiences.

Debbie Heck, who lives in Williamsburg and homeschools her 12-year-old daughter and 10-year-old son, takes a different approach to education.

Heck, who previously taught in public education, describes her children’s learning as “24/7, 365,” with no plan or schedule – a method in the homeschool community deemed “unschooling.”

“It’s not categorized as school or not school,” Heck said.

As an unschooler, she allows her children to be the leaders in the education, asking questions and pursuing answers as they arise. The method is similar to the way she and many parents teach children in the first few years of life.

“We’ve been doing exactly the same thing since our children were born,” Heck said. “Nothing in the way we’ve educated our children has changed.”

While she doesn’t go by a set curriculum or schedule, her children recently began taking some classes through homeschool co-op SEED (Spiritual Environment for Educational Development). The classes, which include biology, chemistry and babysitting training, among others, are offered in 10-week semesters in the fall and winter.

Because Heck’s children don’t have a set school schedule, there’s no change in learning during the summer. When SEED classes or certain athletic activities, like dance and basketball, are on hiatus, they keep busy with 4-H projects. They currently are working on five projects each, which include clothing design, cooking and money management.

Like Heck, Jo Anne Liske previously taught in a public school setting. Her first experience with homeschooling was in 1983, when her eldest daughter – Beth Cain – was in second grade. While it only lasted one year, she later homeschooled another 10 of her children – the last of whom will be a high school senior in the 2016-17 school year.

She plans to do “a tiny bit” of school work with her soon-to-be senior, but she typically gives her children and herself a break over the summer.

While she still tries to incorporate worship and Bible time, the summer months generally are a time for playing in the woods, working in the garden, swimming and trips to Kings Island.

“They definitely need time just to be kids and give their little brains a rest from the detailed, assigned work,” Harrell said.

Her children will continue reading both independently and in family read-aloud sessions throughout the break and will practice math facts in the car. However, they’ll have a break from their typical school-year schedule, which Harrell implements on week days at home.

“There’s definitely learning still going on,” she said. “It’s just not as structured, I would say.”

From trips to the zoo to shopping excursions at Jungle Jim’s International Market, she tries to look for teaching and learning opportunities whenever possible.

“For me, I think the day-to-day stuff is just as important,” Harrell said. “They can learn something new every single day in normal, everyday life.”