Holy grail: For a scrumptious -- and generous -- gyro, head out to Sebastian's on Glenway Ave.

A Greek cult classic on the West Side 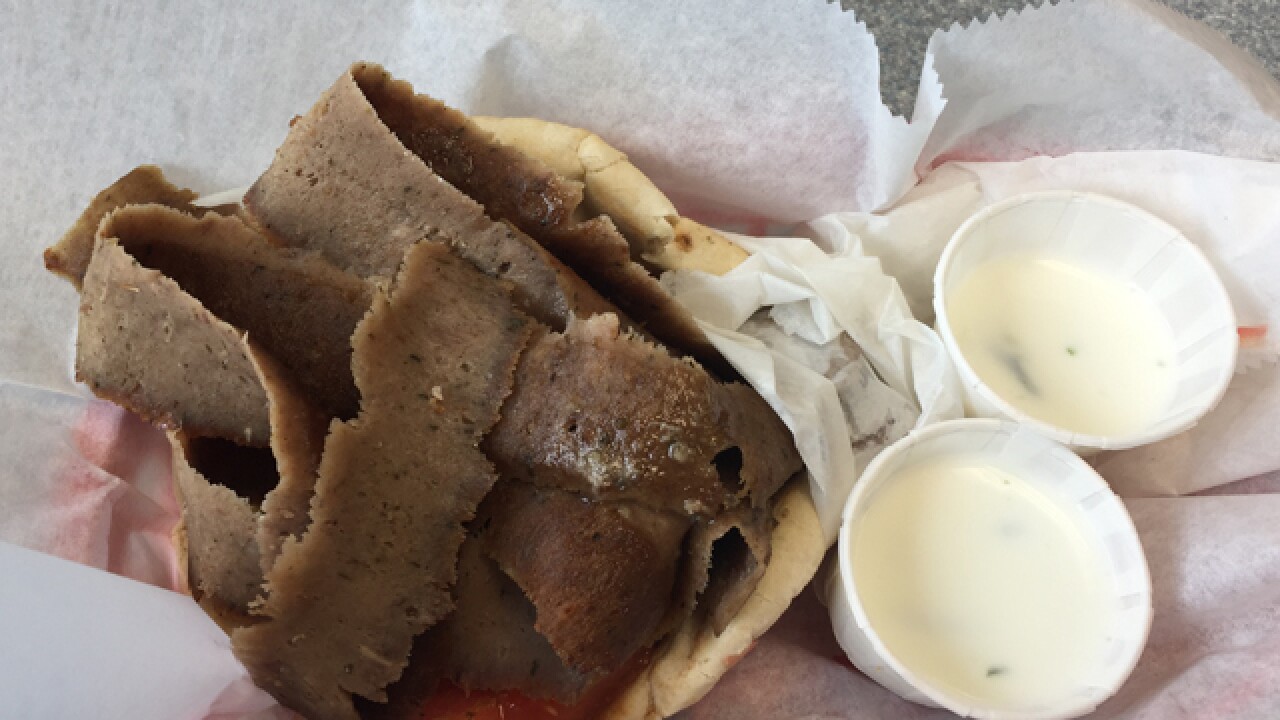 Holy grail -- For some of us it conjures a much younger Harrison Ford looking excessively fetching in khaki. For others the reference is a bit more biblical. But for our dining purposes we'll stick with the pop-cultural connotation. In this case it's a bite or a beverage that you just can't imagine living without, or at least not chatting it up to all your friends.

CINCINNATI -- For 43 years, Alex Vassiliou has been running the Greek cult classic Sebastian's on Glenway Avenue. Over the years, the takeout hero has made a name for himself selling the same -- takeout gyros.

"Everybody knows me as Alex Sebastian," joked the 75-year-old proprietor, a native of Kastoria, Greece. When, in fact, the name for the luncheonette that he started with his wife, Helen, is named in honor of another Cincinnati casual food champ -- Buddy Sebastian LaRosa.

"Yeah, Buddy helped me out a little bit, too. He still comes here every morning and has a cup of coffee with me," Vassiliou said. "I also have two daughters -- one lives in Chicago and the other lives in Mason and teaches at Lakota High School. (The latter) comes and helps me out on Friday and Saturday nights."

Not that Vassiliou appears to need much help. The spry Korean War special forces vet (he is quick to point out his green beret in a dashing photo taken during his service years) wields the electric knife at the kebab spit with plenty of verve. The gyro meat is a custom blend made to his specifications by a producer in Chicago.

"I send them my spices and they make the meat for me. It's 80 percent beef and 20 percent lamb. A lot of people don't like lamb, so I put in less," he said.

When I press him about the spices, he demurs at first. "Well, it's kind of a secret. I don't want everyone to know, you know. But I put in a little oregano, a little garlic, black pepper, red pepper and celery."

Vassiliou is famously generous with the sliced lamb and beef. Each sandwich is piled high and garnished with sliced white onion and a few tomato wedges. It's also served with a sadziki sauce of yogurt and cucumbers. And while the meat seems like the star of the sandwich, the pita bread is also heavenly -- soft and impossibly tender, without any of the stale chew that often accompanies pita purchased at a grocery store.

"I've been getting that pita for 43 years from Old World Bakery on Galbraith Road. There's no sugar in that bread. No extra nothing. And he's never raised the price on me, because he started with me. He sells everywhere now," Vassiliou said, noting the value of a faithful business relationship.

At $6, the beef and lamb gyro feels like a steal, considering the quality of ingredients. Greek salads, french fries with "Greek seasoning," grape leaves stuffed by Mrs. Vassiliou and sticky-sweet baklava more than round out the offerings at this charming little luncheonette.

There are a handful of booths and tiny tables, so try to avoid peak lunch and dinner times if you're bringing a crew and planning to dine in. And remember: the only Greek tragedy here is that it's cash only. Fortunately, there's an ATM on site.