Meet a team with its head in the game 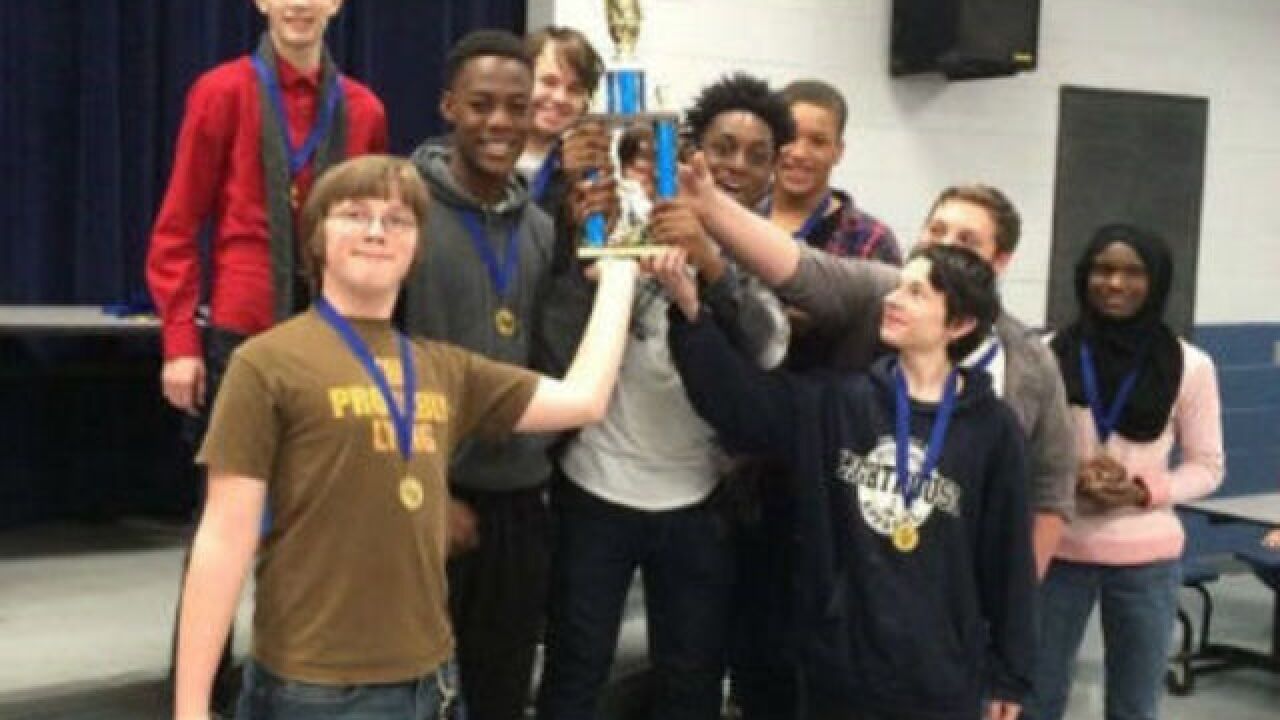 COVINGTON, Ky. — Playing a game of chess is like navigating through life.

That’s what librarian Renata Kennison tells students at Holmes High School before they play their first game. Each move on the chessboard puts a player on a unique path, and there are infinite possibilities. And just like in life, strategy is key.

“Chess is like the real world,” Kennison said. “There are decisions and consequences.”

Kennison, who leads the school’s chess club, made a decision this year that had an unexpected consequence: Holmes’ first-ever appearance at the Kentucky Scholastic Chess Championship. Top players from the school’s chess club qualified for the state-level competition after placing third at a regional tournament in Lexington.

“It’s the first time in the school’s history that we participated in either event,” she noted. “It was a whole new experience for them, and they did really well.”

While chess has become part of the culture at Holmes, with more and more students joining the 70 or so players who regularly match up in the library before and after school, the club had never played competitively outside of Holmes’ four walls. Kennison gauged the interest of the group earlier this year at the urging of former Holmes teacher Alan Trimble, who coaches a chess team in Lexington. Immediately, 12 of her players signed up to compete at the Kentucky Chess Association-sponsored events.

With a simple sign-up sheet, those players paved the way for the informal club to transition into a competitive chess team.

For junior Wesley Robbins, his passion for chess originated from his desire to beat Kennison.

“She beat me so many times,” he said. “I had to keep playing so I could beat her.”

Senior Harley Avery, 18, admits his coach is a bit of a bully on a chessboard. But her competitive nature helps push players to do better, he said. He started playing chess with her three years ago.

“I started getting better and more aggressive,” he said.

Avery used that experience to win Holmes’ school-wide chess tournament, which has been organized by his coach for the past four years. Over a two-day period in January, 46 Holmes students participated in 220 games. He beat freshman Allen Labordeaux-Stowers in the final round of the double-elimination tournament.

Though challenging, Holmes’ tournament has a different feel than the regional and state championships, according to Avery.

“We’re there to have fun,” he said. “The other teams were pretty competitive.”

Despite the new environment, the team pulled together. Their third-place finish at the regional level was motivating for the players, Kennison said. They didn’t fare as well at the state championship, but the Bulldogs did score points in every round.

“We certainly held our own,” she said. “They learned what it was like to compete at the state level, and they’re fired up for more.”

The team is so energized, in fact, Holmes is hoping to host a regional tournament next year. Kennison has already received approval from Principal Scott Hornblower, she said.

The coach hopes the new activity within the chess club will garner even more interest from students.

Chess teaches crucial life skills, Kennison said, including critical thinking and problem solving. Giving students opportunities to hone those skills is important, she added, especially in a school where 95 percent of the students qualify for free or reduced lunch, and a portion of the population is defined as homeless.

“Chess is great for at-risk kids, and they’re really good at it,” she said. “They have to overcome obstacles to survive, and they play that way.”

Holmes’ chess club has students from all different backgrounds and circumstances, but they share a passion for the game and a special camaraderie, the coach said. The group has an unwritten rule for chess matches that ties in with the spirit of the entire school population, she said.

“In chess, a player can resign, but we don’t do that,” said Kennison. “No matter how tough things get, we don’t quit.”