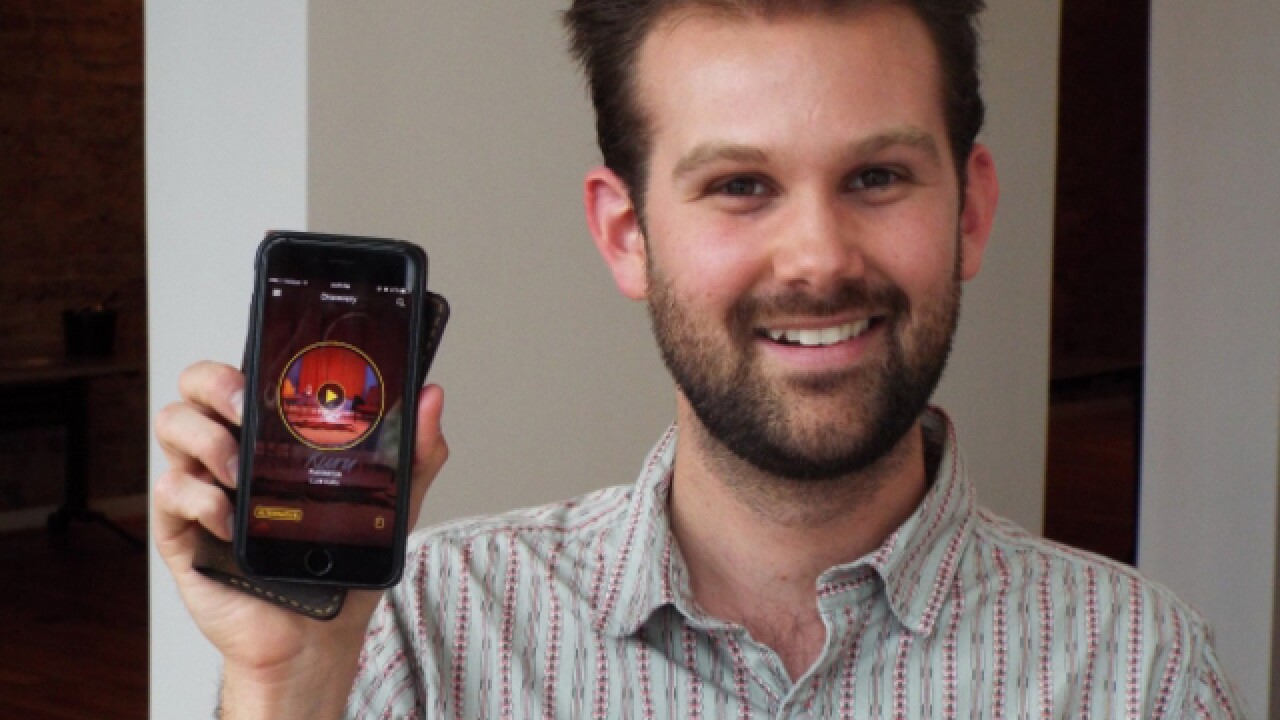 Kevin Eigelbach/WCPO contributor
<p>Hive co-creator Andrew Savitz poses with the app open on his iPhone at his company’s office at UpTech in Covington.</p><p> </p>

COVINGTON, Ky. -- Are you sad because “American Idol” went off the air?

Don’t worry. There’s an app for that.

Hive, created at Covington business accelerator UpTech, searches the millions of artists on audio platform SoundCloud to connect you with those whose music you might like. It’s also intended to help booking agents and recording companies find the next big artist.

The free app, which displays no ads or commercials for users, launched April 14 on the iTunes store, and it already has 300 downloads, co-founder Andrew Savitz said.

How Does it Work?

When a song becomes part of Hive, it goes to six random users who have told Hive they like the song’s genre. The users listen to a 30-second clip, and if they tell Hive they like it, it becomes part of their playlist. Using Hive’s patent-pending distribution system, it also goes to 60 other random people who like that genre.

For artists, Savitz said, Hive is great because it lets them focus on making music while Hive does their marketing. For booking and talent agents, it will act as a screening process, helping to weed out the best new music, he said.

To judge the appeal of new artists, Savitz said, booking agents typically look at the number of “likes” on an artist’s Facebook page. But Facebook “likes” can be purchased.

“Our idea with the random spread … is that there’s no way for a band to fake it,” Savitz said. “If people like it, we will have solid data.”

Where Did the Idea Come From?

Savitz and fellow University of Cincinnati students Eric Zamudio and Patrick Henke were on a road trip to Florida for spring break last year. Zamudio, who was doing marketing for another startup, said he had been thinking about how hard it is to market anything without a lot of time or money, Savitz said, and had an idea for marketing based solely on how many people liked the product.

The three fleshed out their idea on the way to Florida. They applied to and were accepted into the most recent class at UpTech, which ended in March.

Tell Me More About the Founders

They are all 24 years old. Savitz and Zamudio met as 10th-graders at Milford High School, and Henke was a dorm mate at UC.

All have been involved in music. Savitz volunteers for the Bunbury and MidPoint music festivals. Zamudio has produced music for Universal Music Group, and Henke is a classically trained percussionist.

Henke and Savitz were on the team that produced the winning app at the ArtsWave Tidal Art x Tech Challenge, a hackathon for arts applications held at Cintrifuse earlier this month. (Click here to read more about the hackathon.)

Are There Any Investors?

So far, only a $50,000 loan, convertible to stock, from Uptech. That money has paid living expenses for the three so they can work full time on the business, Savitz said. “We are to the point where we will be looking for follow-on funding,” he said.

How Will They Make Money?

Expand the concept to include live events. Hive could enable users to see what musicians are performing near them, and give them a few samples of their music to listen to, based on the user’s history of “likes.”

Any Surprises About Owning a Business?

“Just the sheer amount of time that goes into it,” Savitz said. “There’s always something to be done.”