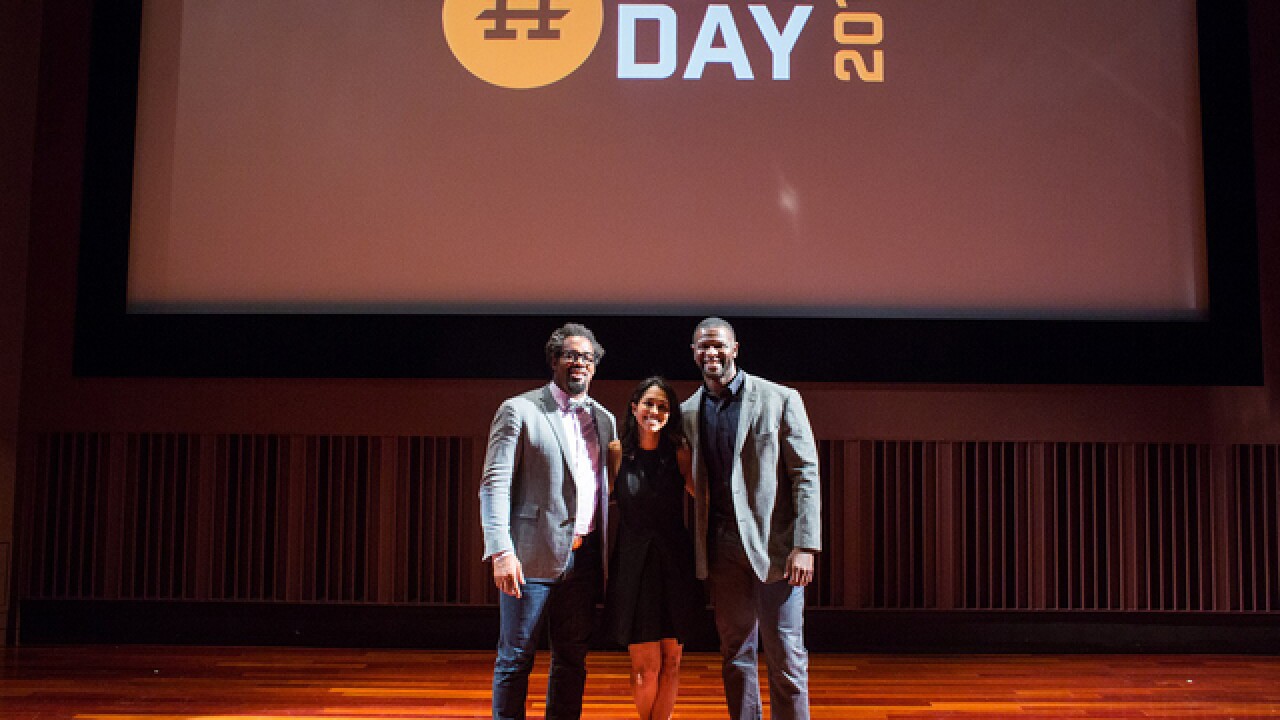 CINCINNATI -- If there's one thing Candice Matthews has learned this year, it's that it's OK to fail.

The co-founder and executive director of Hillman , an accelerator for minority-owned businesses, has called it quits on her own startup app, Hello Parent.

But that hasn't stopped her from leading the charge here with help from her Hillman co-founders -- former Cincinnati Bengal Dhani Jones and Qey Capital's Ebow Vroom. Hillman is set to graduate its first cohort, or class, and will start accepting more on Martin Luther King Jr. Day next year.

The group -- several from Hillman and others closely linked -- also recently traveled to the San Francisco Bay Area to raise much-needed capital, to meet with venture capitalists, or VCs, and attend AfroTech, a sophomore black tech conference, the largest in the nation.

Matthews called it another chance for Hillman to share its story. The trip was sponsored by Southwest Airlines. About 20 attended.

"For them to help power our travel out to AfroTech … it means a ton. For many people, it's cost-prohibitive to go," Matthews said.

Only 0.2 percent of venture capital, for example, goes to black females, Matthews said. One percent of all venture capital goes to an African-Americans in general, and the numbers for Hispanic/Latino-backed businesses?

"It's so negligible, it's not even tracked," she said.

Hillman is part of a statewide effort "to move the needle on diversity," per the accelerator's website.

Hillman was founded earlier this year as the first full-time accelerator in the Midwest built for women and minority-backed tech companies. Its home base is Downtown's National Underground Railroad Freedom Center . The name "Hillman" was inspired by the TV show, "A Different World." The popular "Cosby" spinoff took place at the fictional, predominantly black Hillman College.

"We had to build everything from scratch," Matthews said. "There's nothing else like this. It's been a lot of explaining, 'Why do we need a ninth accelerator in Cincinnati when we already have eight?'"

Today, it stands as the largest women- and minority-led accelerator in the country, she said. Since its launch, two other like-minded programs have started, and Hillman sources its teams nationally.

SoLo Funds is a mobile exchange that provides peer-to-peer loans under $1,000 -- an amount that's often difficult to borrow, although studies have shown that 76 percent of Americans live paycheck-to-paycheck and 47 percent can't come up with $400 for emergencies on their own.

Ilerasoft 's technology allows hospital systems to remove assets from the floor in real time when there's an FDA recall -- currently a process that could take months, even years.

Combined, Matthews said the two have raised $2 million in capital thus far. There's hope both will return from California with more.

The team behind the third company, Warmilu (Ann Arbor, Michigan), which makes reusable heat packs, like blankets that can help keep premature infants warm, is in Africa, she said, to promote and sell its products there.

"Ilerasoft met with some other hospital systems while we're out there, and I would say upward of 30-40 VCs, so it's a big deal for them," Matthews said. "To be able to tell your story in different parts of the country is always important. And the more eyes on that company, the better.

"(SoLo Funds) has done a great job fundraising," she added, "but that's a constant process, one that's never really done."

Also part of the trip were local companies Ohio Against the World , a progressive lifestyle brand that includes T-shirts, hats and other apparel; and CrownMob , a platform that connects consumers to hair creatives in the ethnic hair industry, among others.

"That's definitely the vision and the mission -- to help all (startup) founders, black or brown, that need access to the network," she said.

As for Matthews, her time with Hello Parent has been a learning experience, she said, and now she's applying those lessons at Hillman. There's really been little downtime for much else. She's already kicking around a new startup with Jones and Vroom.

"I know now what people mean when they say, 'It's OK to fail. You're going to learn a lot,' " she said. "We ran out of funding (for Hello Parent). But it's an experience that I'm able to share, and I can speak from a place of understanding. I think it's great we're an accelerator run by entrepreneurs for entrepreneurs."

Hillman will start its second cohort in June; there's space for 10 teams, and Matthews said they're ready to invest $1 million -- each startup receives $100,000. Applications open Jan. 15.