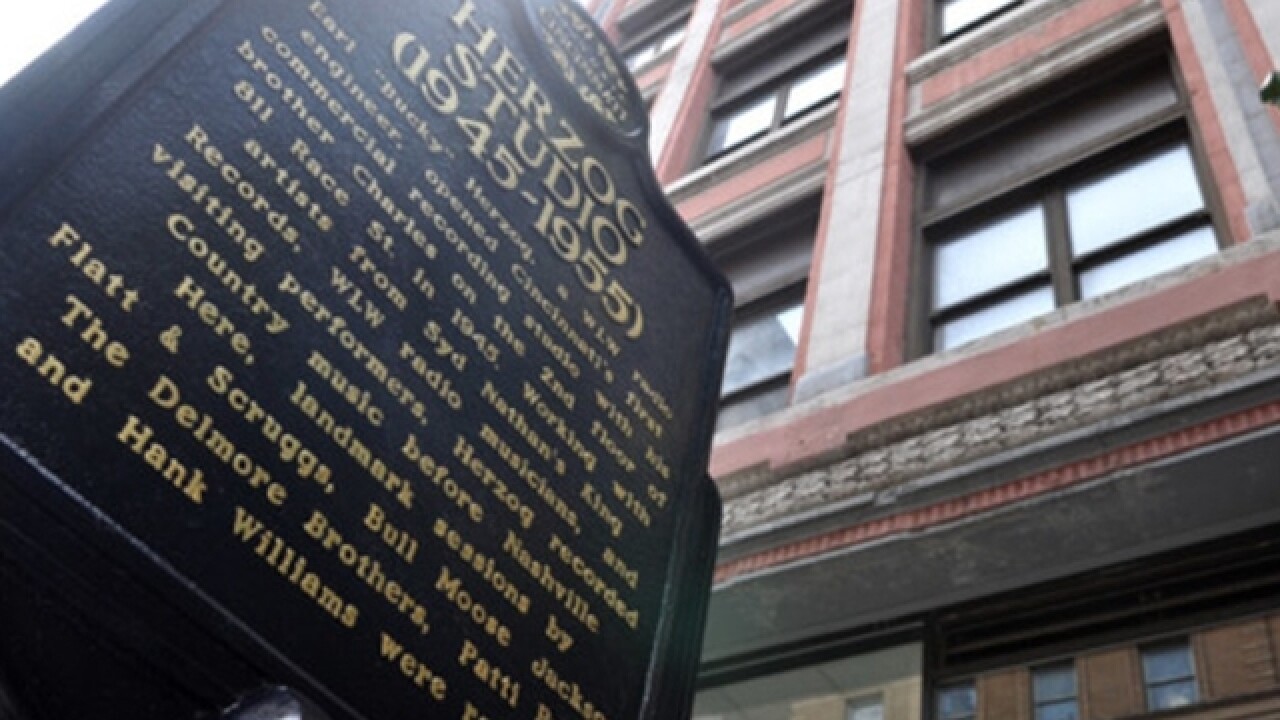 CINCINNATI – When Herzog Music opens Downtown this weekend, the Cincinnati USA Music Heritage Foundation will get one step closer to its dream of ensuring everyone knows Cincinnati’s contribution to popular music in the 20th century.

“There’s always been an interest to get it to expand,” said Elliott Ruther, volunteer and co-founder of the foundation. “We want to celebrate the music history of Cincinnati and make it clear it is alive and that you can engage with it.”

Herzog Music’s grand opening is 11 a.m.-10 p.m. Saturday and Sunday. The store is located inside the first floor of the former E.T. Herzog Recording Co., which operated from 1945-1955 at 811 Race St. The foundation occupies the building’s second floor, where country music legend Hank Williams Sr., along with early King Records artists, recorded in the original Herzog studios.

Elias Leisring, owner of Eli’s BBQ, is opening Herzog Music with partners Bill Furbee and Andrew Aragon. Leisring said the store came about because of his longtime support of the foundation, his friendship with Ruther and his own history as a musician.

“I’m a musician at heart,” Leisring said. “If you’ve ever been at Eli’s, there is a record player at both locations with music playing all the time. We’ve also been working in partnership with the heritage foundation for years. We have been there to help them through with food, marketing or promotion.”

Leisring said the Herzog building’s owners approached him in May about taking over the first-floor space.

“We weren’t looking to open a music store, but the owners of the building came to us and said, ‘We’ve got this first floor here, and the Architect Foundation of Cincinnati is moving out and it’s going to open up. If you wanted to do something in this space that would tie into the history and the legacy already here, we would be behind that and really excited about it.’"

Leisring said he plans to collaborate with the heritage foundation to make the first and second floors of the Herzog building a gathering spot for musicians and local music fans.

Local bands such as Jake Speed and the Freddies, the J Dorsey Band, Chalk Eye, the Tigerlilies, Ricky Nye and Chris Douglas, All-Seeing Eyes and Animal Crackers will perform during the grand opening weekend.

Leisring and the foundation recruited Mike Reeder of Mike’s Music to sell restored vintage guitars and other musical equipment alongside classic vinyl and new specialty records at the store.

Visitors also can tour the second floor, where they can browse music artifacts, view a gallery of art by Neltner Small Batch owner Keith Neltner and learn the history of the space, Ruther said.

Reeder said the store will have a “hipster antique store vibe.”

“There will be a wide range of music-related and other items there,” he said. “There’s even pinball machines. I’ve also had a lot of personal items just looking for a place to go. There are other people who have stuff consigned in there as well. It’s a community kind of thing all in support of making the studio a spot that people want to go see, to teach the history of it.”

Ruther said he and Leisring’s partners plan to launch the Queen City Music Academy to offer one-on-one music lessons and community outreach programs. Furbee, who is organizing the academy, said he already has recruited some top local musicians to participate.

“When I got the idea I wanted to do instruction downstairs it made sense to do education outreach with the community,” Furbee said. “Ricky Nye not only agreed to come on as an instructor but to teach boogie woogie piano style that was kind of pioneered here. Then we have Animal Crackers on board to teach turntable skills.”

Nye, who will perform at the store Saturday, said interest in Herzog Music’s opening gives him hope that Cincinnati will someday have its own music heritage museum.

“I see this whole venture as promoting and making known to the public the important roots music recorded here in Cincinnati,” Nye said. “It has the potential to really wake people up. For tourism alone, there should be a King Records museum. The store is making that reality closer. This important stuff happened right here in our town.”

Reeder said he is excited to see what he believes is Downtown's first full-service music store in decades will do to inspire future musicians and visitors to Cincinnati.

“A lot of great stuff was recorded there,” Reeder said of the Herzog studios. “It’s an important spot people should know about. That’s the main goal of his whole thing, to get that word out and to give an outlet for people Downtown to have a presence from the music scene.”